On Eating at a Panda Express a Block From Chinatown 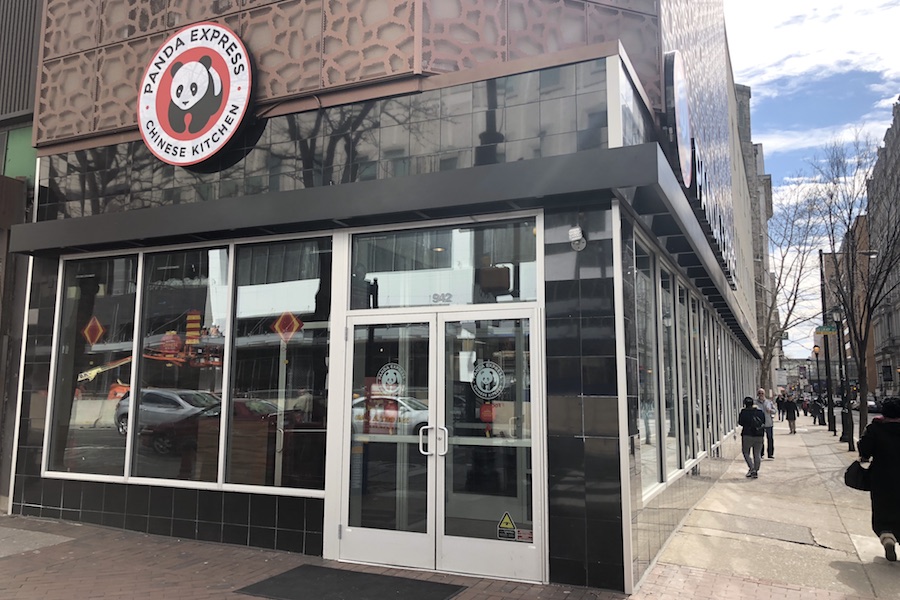 I was on my way home from dinner in Chinatown not long ago, headed down 10th Street, when I saw it there, standing tall, so proud of its own existence. The way it faces Arch Street’s Friendship Gate — the colorful and towering Chinese arch welcoming the city to one of its most beloved neighborhoods — felt borderline poetic. For a moment.

If you haven’t heard, Market Street East is in the midst of a serious facelift — this time shying away from its decades-old mall-mentality and morphing into a more community-oriented retail-centric lifestyle center. MOM’s Organic Market has already set up shop, there’s an Iron Hill brewery on deck, and a brand-new Wawa is on its way — all very established, well-received concepts. And somehow, somewhere along the way, the mother of all shopping-mall eateries slipped through the cracks and found itself a snug little spot on a sunny corner of Market Street, peddling mountains of “Shanghai” Angus steak, “SweetFire” chicken breast, and orange chicken so sticky, a bricklayer could use it. 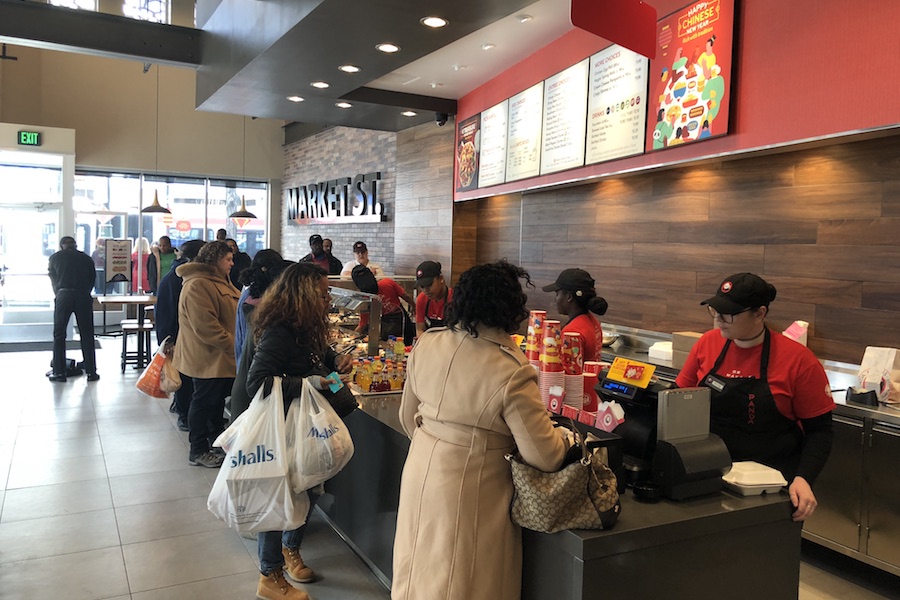 I dawdled down the buffet line, chose two entrees and a side, and watched as the workers shoveled and smacked them onto my divided plate. I wondered, for just a second, if this was what a prison cafeteria felt like, and then I quickly checked my privilege, whacked the back of my own head, and dug into my 8 Treasure chicken breast (“rich with flavor”) with fried rice and orange chicken. I ate every last bite of it, solo, with a fork, doing my very best to ignore the chopsticks container antagonizing me from afar.

And while I ate, I side-eyed everyone else, there in their work outfits, ignoring the Chinese neighborhood behind them, standing in a long, snaking line for the “Chinese Kitchen” before them that serves Japanese chicken teriyaki and cream cheese rangoon (with Chinatown’s excellent Burmese restaurant, Rangoon, just a stone’s throw away, no less).

And as stewed in the contempt I felt for everyone in the room (myself included), judging the guy next to me for innocently squeezing a packet of sweet chili sauce onto his plate, its contents gooping up an otherwise serviceable bowl of noodles, I noticed the flash of a wok over an open flame, which, in my fit of disdain, was a remarkable distraction. Not that the kitchen was using a wok, but that I was able to see the wok at all. Panda Express has an open kitchen — albeit walled off with windows, but still. You can watch the whole show right from your table.

Suddenly, the brazen choice of location, the line, the annoying branding felt so much less threatening. Suddenly, this Panda Express, its heart wide open for the world to see, appeared … vulnerable. It’s not there to creep on Chinatown. How could it? And it doesn’t exactly fit into the glitzy masterplan the developers seem to have in mind for their new vision of Market East, either. It’s just there, scared and alone — somehow both smack in the middle and completely separate from the city around it.