George Sabatino Is In at Rooster Soup Co.

The former Aldine chef-owner will head up the kitchen at CookNSolo's philanthropic restaurant. 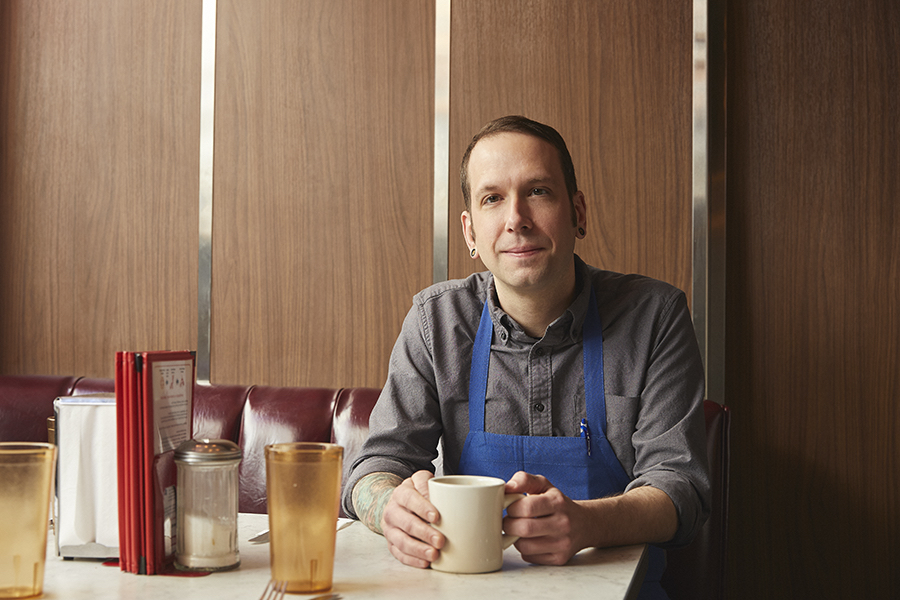 Ever since it was announced that George Sabatino would be parting ways with Aldine, the restaurant he co-owned with ex-wife Jennifer Sabatino, we’ve been wondering what would be next for the Best of Philly chef.

Sabatino’s new gig making elevated luncheonette fare is somewhat unexpected for the chef, who was known for local sourcing and intricate presentation at Aldine.

“It’s a matter of accessibility” Sabatino said​. “As a chef, you want as many people to taste your food as possible. At Rooster Soup, we have the opportunity to cook delicious food that is accessible to everyone.”

Sabatino is set to roll out a new menu over the next month, but the focus will still be on soups made with stock from the spare chicken from sister restaurant Federal Donuts and fresh, homestyle sandwiches, salads, and entrees.