Dottie's Donuts is back at it — and this time, they're trolling the much-loathed Pats QB who handed (heh) the Super Bowl to the Eagles. 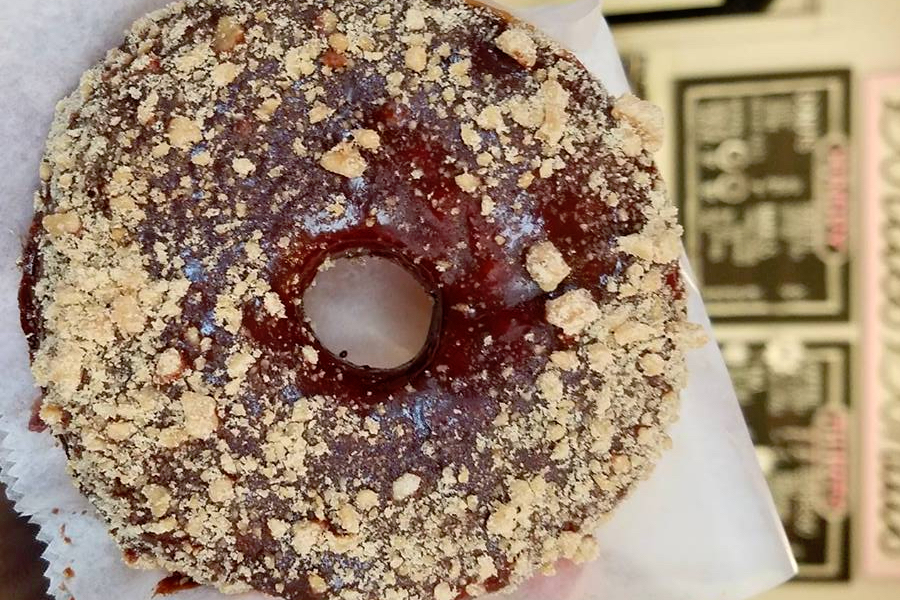 After we all found out that the Eagles were going to the Super Bowl a few weeks ago, vegan donut shop Dottie’s Donuts immortalized fans’ reaction with their now-iconic Eagles Fan on a Greased Pole Donut. (They also banned their Boston cream flavor till after the big game had been decided.)

And now, after a nail-biter of a game, they’re back at it again. And this time, they’re trolling hated Pats QB Tom Brady directly, making a sugary treat even sweeter.

“This will be our final Super Bowl-themed donut so don’t let this sweet opportunity slip through your hands,” those cheeky vegan bakers wrote in a Facebook post announcing the sweet, sweet victory donut. And Boston cream is back on the menu, if you want to re-enact the Eagles destroying them in the Super Bowl by devouring their namesake pastry.

While we along with the rest of Philadelphia, believe in being good winners, we can’t say the same for Brady, who snubbed Eagles QB/messiah Nick Foles after the game. We hope this delicious Philly-made insult donut makes him feel extra sad.

Get it while it lasts at Dottie’s locations in West Philly and Queen Village.