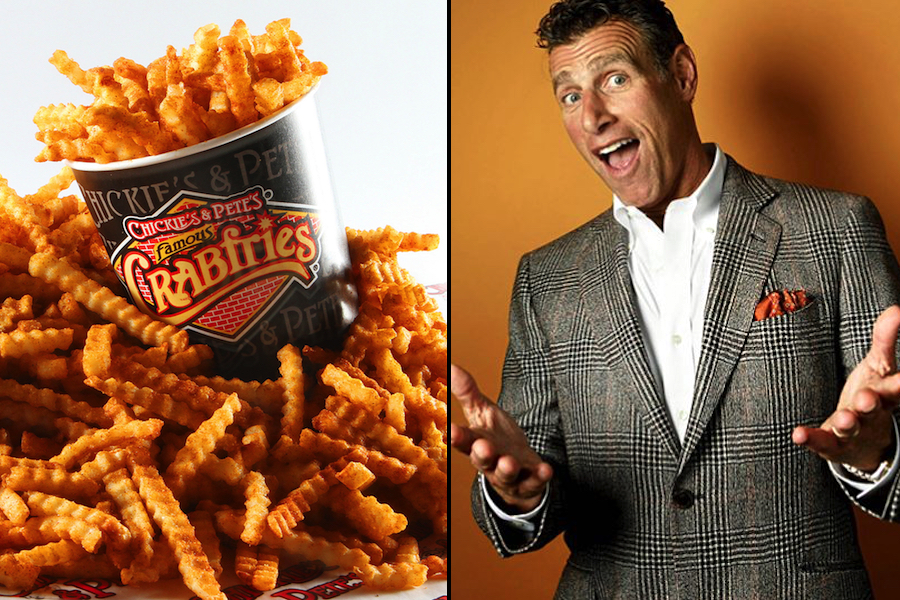 This Sunday, when the Eagles take to the field at the Super Bowl in Minneapolis, fans visiting from Philadelphia will have a familiar food to snack on: U.S Bank Stadium will be serving Chickie’s and Pete’s Crabfries. We got Chickie’s and Pete’s owner Pete Ciarrocchi on the phone to find out how this all came together.

As far as we’ve heard, Chickie’s and Pete’s Crabfries are the only Philly food brand being represented at the Super Bowl. You have friends in high places?
Well, we’re already in the amusement park in Minneapolis. This will be our fifth summer there coming up. So they’re familiar with the product out there. I was talking to my team and said, “Wouldn’t it be great if we got the Crabfries into the stadium for the big game?” And then Aramark — we’ve had a relationship with them for 18 years — just happened to call us and it happened. It was that easy.

But logistically and operationally speaking, how do you serve Chickie’s and Pete’s Crabfries at a stadium that has never served them before?
There’s a Chickie’s and Pete’s at Arrowhead Stadium. The people that run it are transferred to work at the Super Bowl. They already know how to do it. And we have a wonderful location in the main concourse at Section 118. That’s a great spot. This is the number one food product at Lincoln Financial Field, so we’re glad to bring it to the Super Bowl for the Eagles fans out there. It’s a ritual for a lot of people.

How do you figure out how many orders you need to make in a situation like this?
We estimated how many Crabfries we would sell there based on our best Crabfries stand at Lincoln Financial Field, which is Stand 102. We took that number, added a few hundred more. So probably about 2,400. They’ll arrive at the stadium there today.

How much do you get for them at the Linc and how much will they be at the Super Bowl?
[Laughs] I actually don’t know the price at the Super Bowl. I think they’re $9 at Lincoln Financial Field. But one of the perks of being Pete is that you get free Crabfries there. It’s quality control, you know.

Are you going to the Super Bowl?
Absolutely. I’ll be out there eating Crabfries. It’s me, my wife and my three sons. We wouldn’t miss this. I purchased my tickets through the Eagles as a partner. We’re a proud partner of the Eagles. This is the first year we are, which is pretty ironic. I don’t wanna say we’re the good luck charm, but I can’t say that I’m not. We’re going out on Friday morning, flying from Philly. My son is at Boston College, so he’ll be flying from there. He’ll be the only Eagles fan on that flight, and he’ll be wearing all green.

So there will be a lot of Eagles people out there, but then again, if we win — or should I say when we win — it would be hard to not be in Philly the next day. When we won the championship, I couldn’t take my eyes off of the TV, watching the fans on the streets.

If we lose?
I would just want to go to bed and wake up in the morning and hopefully find out it was just a nightmare. But just winning the championship… it’s a great season, a great team to follow. And these guys are great role models. I know a lot of people say they’re not, but they really are a great bunch of guys.

Can I still get a table at Chickie’s and Pete’s in Philly to watch the game?
We’re pretty booked up*, but there are some seats here and there. There are different packages at different places. I think Packer Ave. — which is by far the most popular location — you can get in for $125 at a table and eat all that you want.

You bet on that?
I don’t bet. Because I’ve already won.

* We checked. The South Philly location is sold out. Chickie’s and Pete’s is selling tickets to the Drexel Hill location, for instance, for as much as $1,000 for an eight-top, which includes an all-you-can-eat menu and a bar package.

This story has been updated with new information from Pete Ciarrocchi about the way in which the Crabfries were invited into the Super Bowl stadium.