Philly Bars and Restaurants Showing the Eagles-Vikings Game on Sunday

This Sunday's NFC Championship game is a doozy. Here's where to watch it. 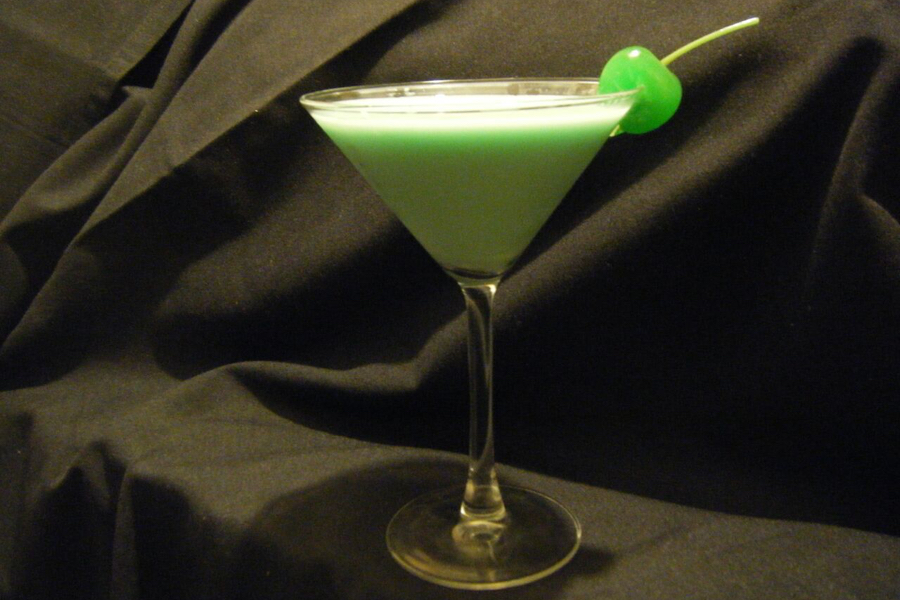 These past few months have been quite a rollercoaster ride for Eagles fans, what with Carson Wentz’s torn ACL and last Saturday’s somewhat shaky (yet thrilling) win against the Falcons.

But the ride continues this Sunday as the Birds will get to host Minnesota at the Linc. Below: all the best bars and restaurants showing the game.

Mad Rex, Northern Liberties
Sound on: Yes
Football will apparently survive the apocalypse, so Mad Rex is showing the Eagles game at their bar and lounge. They’re serving $3 drafts of their Mad Rex IPA, Bud Light, Miller Lite, and Yuengling. They’re also offering free Mac Rex IPA drafts with the purchase of any burger and one free order of loaded fries per party. Plus, when the Birds score — as we know they will many, many times — they’re offering something called a Flaming Eagles Shot. 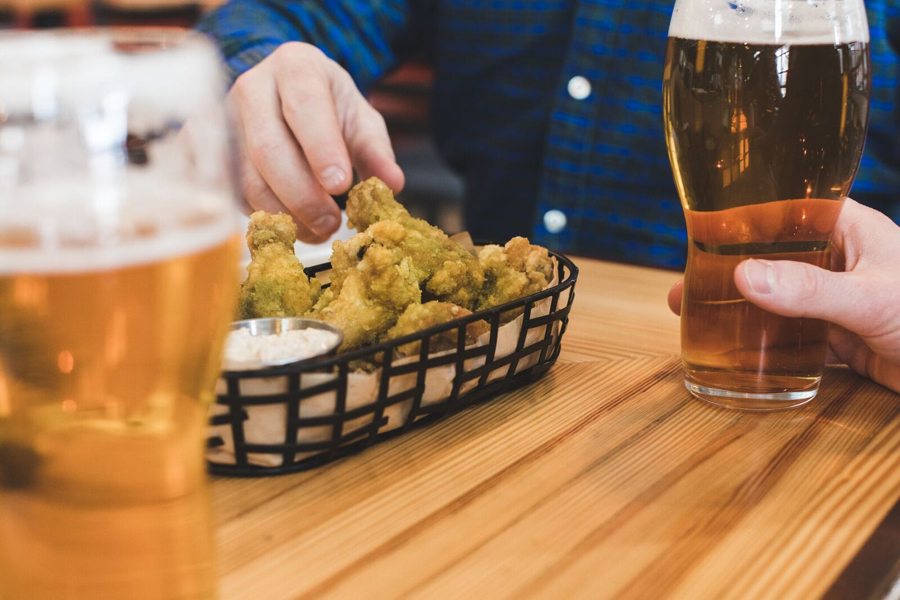 Yard’s Brewery and Taproom, Northern Liberties
Sound on: Yes
Yards will be serving up their green-tinged Philly wings, which get their color from a sauce made from spicy long hot peppers, for Sunday’s game.

The Little Lion, Old City
Sound on: Yes
Watch the game at their upstairs bar starting 30 minutes before kickoff. Game time specials include southern poutine topped with pork belly and a fried egg for $5, spicy dry rub wings for $6, BBQ chicken sliders for $6, and lager drafts for $3.

Mission Taqueria, Center City
Sound on: Yes
The airy taco spot will have the game on, plus all-green specials: Green juice margaritas (made with kale, ginger, cucumber, celery and apple) for $6, salsa verde for $1.50, guac for $6, and green chorizo tacos for $3 each.

SouthGate, Rittenhouse
Sound on: Yes
Get SouthGate’s take on the Citywide Special, a shot of soju with a Sapporo, for $4 during the game. 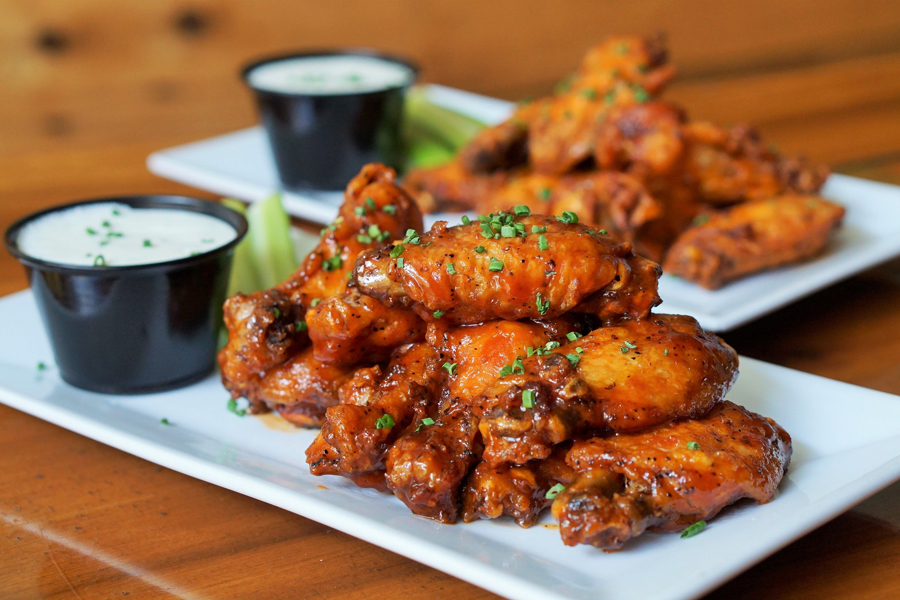 BRÜ Craft & Wurst, Midtown Village
Sound on: Yes
BRÜ will be projecting the game on their giant projection wall and on 10 big HDTVs around the bar. They’ll be serving up food specials like nachos (available in flavors like Kahlúa pork), Buffalo chicken and pulled lamb cheesesteaks, and wings in flavors like sriracha maple and cherry BBQ.

Bar, Midtown Village
Sound on: Yes
Doors will be opening earlier that usual (3 p.m.) for guests to get into game mode, and they’re offering $2 Miller Lite drafts.

U-Bahn, Midtown Village
Sound on: Yes
BRÜ’s underground little brother is showing the game and serving up specials from the BRÜ kitchen.

McGillin’s Old Ale House, Midtown Village
Sound on: Yes
Philly’s oldest continually operating pub traditionally only serves green beer at St. Patrick’s Day — but for the first time ever, they’ll offer it when the Eagles play this Sunday. Or sip a bright green Iggletini — that’s vanilla vodka, creme de menthe, and half and half — for something sweeter.

Cinder, Rittenhouse
Sound on: Yes
They’ll show both the AFC and NFC championship games at the bar. And what a coincidence — it’ll be Local IPA Day, too. So at the bar, they’re offering pints of Funk Brewing’s Silent Disco, Pizza Boy’s Echo Puncher, Troegs’ Nugget Nectar, Urban Village’s Sofa King, and 2SP’s Up and Out for $5 each.

Scarpetta, Rittenhouse
Sound on: Yes
Cheer on the Birds at Scarpetta’s first floor lounge — both TVs will have the game on — while enjoying their extended happy hour that will be running all night long for the occasion. 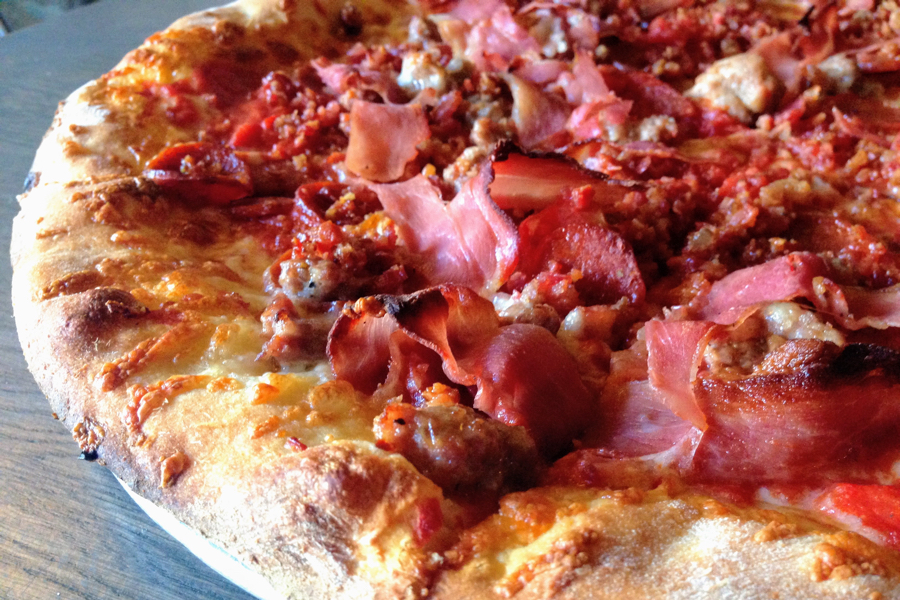 Slice, Rittenhouse and Washington Township, NJ
Sound on: Yes
Both the Rittenhouse and Washington Township shops will be showing the game, and all four Slice locations will be offering a special pie for the occasion. The Eagles’ Spicy Meatlovers is topped with long hot peppers, Maglio’s sausage, pepperoni, prosciutto, bacon, and mozzarella. If you’re out with a crowd, order a deal like The Tackle — that’s 25 twice-cooked wings with choice of sauce, celery and blue cheese, and one large plain pie — for $35.

Memphis Taproom, Kensington
Sound on: Yes
Hit up Kensington’s Southern-inspired gastropub and get a shot of Buffalo Trace’s Eagle Rare bourbon for $3 after every touchdown or a Yard’s Philadelphia Pale Ale with a shot of Eagle Rare for $7.

Martha, Kensington
Sound on: Maybe but probably not, TK
Whether they’re showing the game or streaming The Crown, Martha doesn’t typically play video with the sound on. But you’ll be able to watch the action while sipping their happy hour specials — 1/2 off one of their excellent craft beers and $1 off all other drafts, wine, beer and cocktails.

Garage North, Fishtown
Sound on: Yes
All nine TVs in the bar will be playing the game. Score Neshaminy Creek’s J.A.W.N. American pale ale drafts for $4 and snack on fried chicken from Big Rube Harley of Street Gazing.

Taproom on 19th, South Philly
Sound on: Yes
This deep south Philly spot is offering $2.50 Miller High Life and Miller Lite bottles plus $4 Founders drafts, and half-price wings during the game, plus mac ‘n’ cheese donuts and tabasco wings from the kitchen. Sister restaurant Mike’s BBQ won’t be showing the game, but they will be open for takeout meats — brisket, ribs, wings, and pulled pork — starting at noon and going till they sell out.

Devil’s Den, East Passyunk
Sound on: Yes
The craft beer destination is taking $1 off cans of Weyerbacher’s Dallas Sucks during the game.

Manatawny Still Works, East Passyunk
Sound on: Yes
Manatawny is offering their happy hour menu — $3 off select cocktails, $2 off wine, and $1 off beer — throughout the game. They’ll also offer what they call Boroughwides – their own Keystone Whiskey and a can of Helles from the Pottstown distllery’s neighbors, Sly Fox — for $7.