We're looking back at the year-that-was. In this installment, the best (and worst) of summer and fall, 2017. 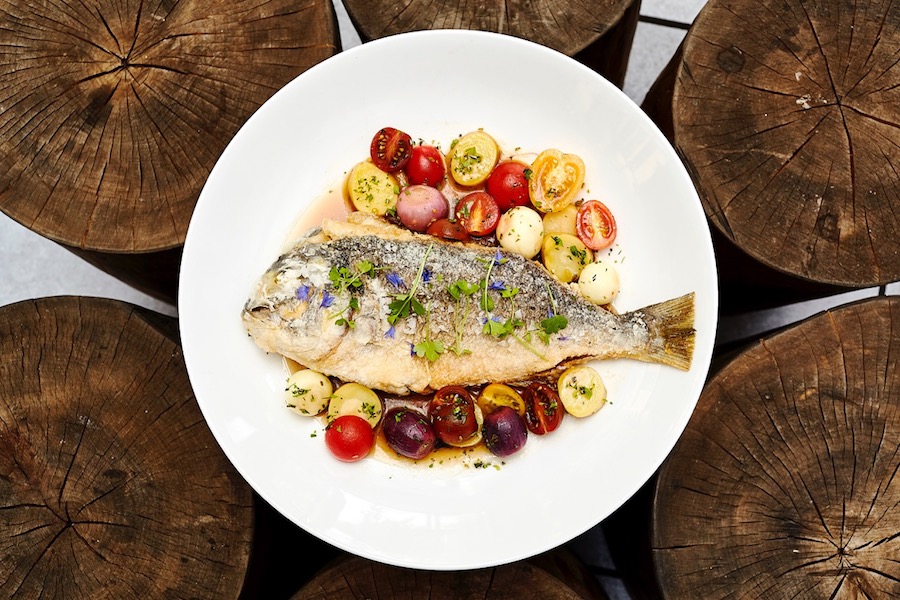 Whole fish at Maison 208 | Photo by Will Figg

With the end of the year fast approaching, we’re wrapping things up with a 3-part look back at the restaurants that moved us, disappointed us or blew our minds. In Part Three, we learn valuable lessons about the dangers of high expectations and waiting too long, and the value of traveling outside your comfort zone to find dumplings and tarragon-flavored soda.

The summer of 2017 was a great time to be a dedicated eater in Philly. It just seemed like there were brilliant new restaurants opening every 15 minutes — like you couldn’t turn a corner without stumbling across someplace doing something stupid and simple (milkshakes, ravioli, riblets) better than it’d ever been done before.

But nothing that good can last. Every boom cycle has a bust nipping at its heels. And as we rolled into the late summer and fall of 2017 there were some highly anticipated restaurants getting ready to open the doors — and ultimately prove some hard truths about this industry.

But at least we can start things off with something good – with a summer night, an outdoor table, and a single bite that can define an entire restaurant.

“This is what you have to ask yourself before coming to Little Fish: Is paying $15 for a single bite worth it?”

It is when you’re talking about the lobster appetizer at Little Fish — lobster tail meat, perfectly poached, buttery and soft, with shiso and tiny, adorable slices of lime, set on rounds of feuille de brick pastry dough as thin and light as paper. Chef Alex Yoon (just the latest in a line of chefs that have moved through this kitchen) uses this dish as a benchmark, announcing that even though the restaurant is small and the kitchen even smaller, he and his crew have big ideas and are setting the bar high. I like that kind of arrogance in a small restaurant. And I like it even more when the team has the skills to back up their boasts like they do here.

“[Sylva] Senat was my hero a while ago. He opened the kitchen at Tashan and tried (hard) to show this town what modern Indian could look and taste like. He had a good run on Top Chef—lasting the longest of any rookie in a virgins-vs.-pros season. And Maison 208 is his new big swing—his statement about where he is and where we are, in place, in food. His French-inflected, Haitian-rooted post-fusion global sensibilities are burnished to a high and glaring sheen here. His kitchen isn’t just pushing the envelope. They’ve stamped the envelope, addressed it to the future, and put it in the mail.

But the future is stupid as often as it’s brilliant. Upstairs, there are tuna tacos—so 2008, but maybe due a comeback. And they’re fine as they are. But when served, they’re attended by a server wielding a perfume mister like some rogue Macy’s employee on a work-share. Platypus-eyed with ennui, she spritzes “organic champagne,” not on the tacos (that would be gauche), but in the general vicinity of the tacos. A meaningless gesture toward interactivity. As flavorless as it is, well, tasteless.”

I don’t give out 1-star reviews very often. But this one was very much deserved, and I don’t regret it a bit. Maison 208 was a disaster. So much of it was so bad that it was laughable. And the worst thing was that Senat had been trying to get this place open for so long that a lot of it felt like it’d simply missed its window — like it might’ve worked if he’d opened in 2013 or 2014, but just didn’t connect in 2017. If he’d looked around and seen where Philly was heading in terms of its tastes and style, I think he would’ve opened a very different restaurant. But he didn’t, and opened a restaurant that was already years out-of-date on the day he opened the doors.

“There’s a way to do Barcelona right, and there are a dozen ways to do it wrong. You don’t camp at a high top or table for hours but move in and out quickly — fingers sticky with balsamic vinegar, head buzzing with sherry. It’s not a place to plan the night around, but the place you go when all other plans go awry.”

Opening the first chain restaurant on the guarded, cherished restaurant preserve that is East Passyunk Avenue? That was a risky move. But it works for Barcelona if you don’t take it too seriously. If you can just go there, not think about anything too deeply, have a few quick bites and a glass of wine (or two), then move out again for somewhere else.

That kind of trick is hard for a restaurant to pull off — to be good without seeming to try, to be competent while looking like it’s all just a lark — but Barcelona does it. Unfortunately, they weren’t the only out-of-town operation trying to make a beachhead in Philly this fall.

“There was a time — not so long ago — when Philly’s restaurant community was very territorial. Not hostile to outsiders, certainly, but wary, particularly of people coming from New York and trying to cash in on whatever scrappy élan we’d managed to amass here. Former addresses didn’t matter. All that counted was what the newcomers brought to our game. Be yourself, do good work, don’t rest on your laurels, show us what you got — that’s how you made it in Philly.”

With 2017 winding down, it felt like that rule had gone out the window. Michelin stars, New York chefs, big developments from faceless restaurant groups — these were the things that everyone was talking about. Walnut Street was pitched as a fancy, upscale all-day cafe being opened by a blooded team of New York restaurant pros already anointed by the Michelin Guide. Really, it was just another hotel restaurant doing safe, uninspired food in a beautiful location. It was good for lunch and had an amazing baker in Melissa Weller, but that was all.

So I was done with big. I was done with fancy. I was looking for something more interesting with the year winding down, and finding it required some departures. First, to New Jersey.

“It’s a project from Dominic and Lindsay Piperno. Dominic used to be Greg Vernick’s sous. And it was at Vernick that Dominic met Aaron Gottesman, Kevin Sbraga’s former right hand. The two chefs decided to do something together — to open a place where they’d co-chef. And while that’s almost always a guaranteed disaster, at Hearthside, it appears to be working.”

Hearthside was interesting first as a restaurant — a comfortable, cozy BYO full of blonde wood and fire — but second as a place where two well-trained chefs were trying to share the same kitchen. And what should’ve been a trainwreck actually turned out to be a nice balancing act, with pastas and wood-fired comfort foods served in a room that I recall mostly as being warm and alive with light.

But my best find was still out there waiting for me. A strip mall Georgian restaurant in Northeast Philly where I ate Eastern European pizzas, drank nuclear-green soda flavored with tarragon and needed an ex-DOD Russian translator on speed-dial as back-up.

“In the front window, a young man in a tight tee and track pants tended to a large kiln, surrounded by racks and racks of fresh bread. Stepping around the deli counter (busy with takeout, the phone jangling) and into the dining room was like walking into a sauna. Not the wet heat, just the wood paneling and slat benches. It’s a pretty room. Fancier than you expect from the potholed strip mall outside. My favorite design feature was the mannequin in front with a furry white hat and a knife. My second-favorite was the TV in the back showing girls in Nutcracker makeup doing synchronized cheerleading moves to some of the worst pop music ever created.

‘Order the lemonade,’ said my phone friend, who has spent almost as much time in Georgia (the country) as he has at home in D.C. ‘It’s not lemonade at all. And the soup dumplings, too.’ “

I took his advice, ordered everything he said I should, plus a half-dozen other things, and loved every minute. The khinkali dumplings were awesome — soup dumplings made for heavy drinking and long, cold winters. The khachapuri was “a Georgian bread football filled with cheese and raw egg. Ancient ancestor of the bread bowl, terror weapon to the gluten-averse, a finger food for a more carb-friendly age.” Even the fries were weird and delicious in their strangeness.

After that, we were all busy. We had a 50 Best Restaurants list to put together and various end-of-the-year things to attend to. But that doesn’t mean I stopped hitting the restaurants. For a little while, I was just doing it for my own enjoyment, not just chasing the large and the new. I was eating dim sum and he fen, breakfast sandwiches and late-night shrimp cocktails washed down with gin, trekking out to distant corners for roasted pork with beans and rice spiked with hot sauce, steaming bowls of pho eaten standing up and last-call meatball hoagies.

It was good and it was fun, but it couldn’t last. Eventually, I would have to get back to eating where I was told. To writing about the big names, the splashy openings and the million-dollar build-outs.

But not ’til next year.