There’s an NFL Star Opening a Restaurant in South Philly

The Philly native is teaming up with designer-turned-restaurateur James Morrissey to open SOMO SoPhi in spring 2018. 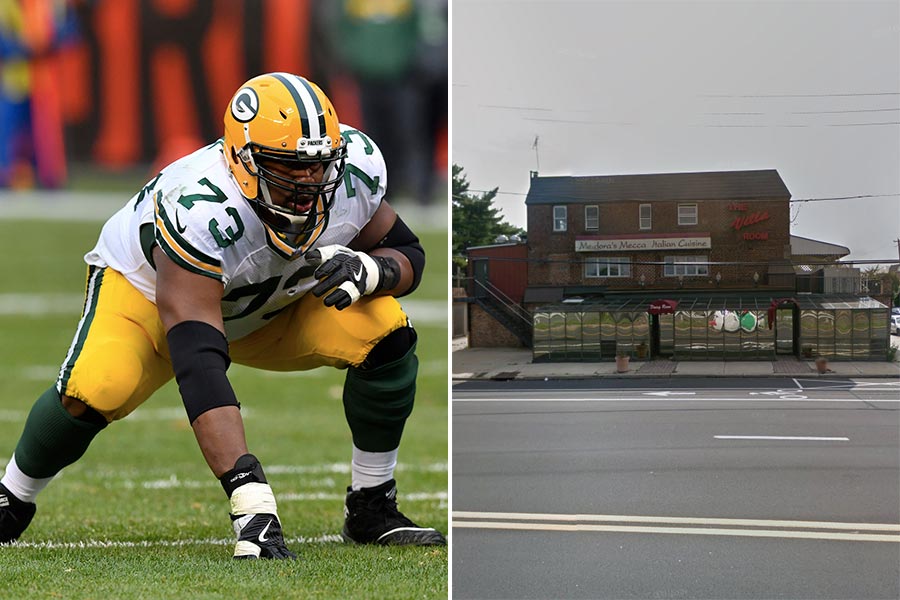 Jahri Evans is an all-pro offensive guard for the Green Bay Packers. James Morrissey is a restaurant designer who made the leap into ownership with SOMO Manayunk in the spring of 2017. And together (along with Evans’s wife Takia), they’re partnering for a big opening in South Philly with a very unusual name.

SOMO SoPhi (a name which is like something from the worst daydreams of a 1990’s Manhattan real estate developer) will cover more than 5,000 square feet at 3101 South 13th Street — close to the stadiums, in a space that used to be an Italian restaurant (the old Medora’s Mecca). When completed, it’ll seat between 150 and 200 people with two floors, a lounge and outdoor tables. There’ll be TVs showing sporting events, “conversation pits” for small groups and a whole third floor that’ll be devoted to private event space, a boutique whiskey bar and a “private chef’s kitchen” where guests can request custom menus for small groups.

The bar program will focus on “premium spirits, wine and bubbles” with bottles being brought in from all over the world, but featuring wines from ONEHOPE Winery — a charitable partnership between the Evanses and Napa Valley founder Jake Kloberdanz.

As for the menu? We don’t have a lot of details yet, but right now they’re saying that it will be similar to SOMO Manayunk which is your basic New American/gastropub outfit, offering roasted brussels sprouts, lobster mac and cheese, sandwiches, salads, shrimp and grits, hot chicken and waffles and scallops with vegetable risotto. The new South Philly SOMO is being planned as similar to the original (at least on the first floor), but more “Lux,” according to the Evanses. They’re aiming for an upscale but casual vibe during the week and a destination nightspot on the weekends — and are also hoping to cash in on some of the local sports traffic as well.

The opening is scheduled for spring of 2018.