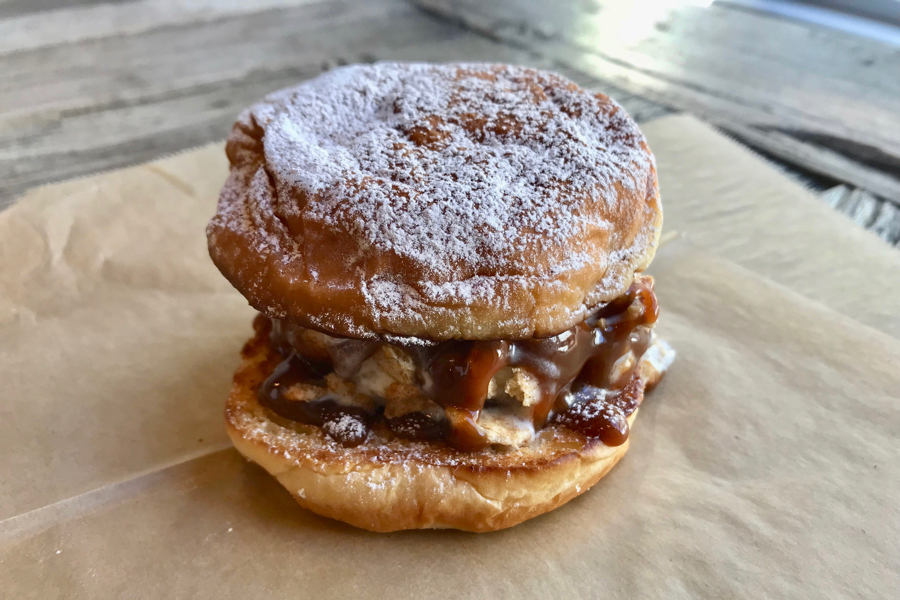 Chicken joint Hatch & Coop opens today at 125 South 40th Street in University City. And until 3 p.m. today, December 7th, as part of their grand opening, they’re giving away complimentary mini ice cream sandwiches (plus some other fun goodies) to customers.

In addition to this epic-sounding sweet treat, Hatch & Coop — which is the latest concept from Gary Dorfman, owner of Jake’s Sandwich Board — specializes in fried, roasted, and popcorn chicken served as sandwiches and salads.

Check out the full menu below. 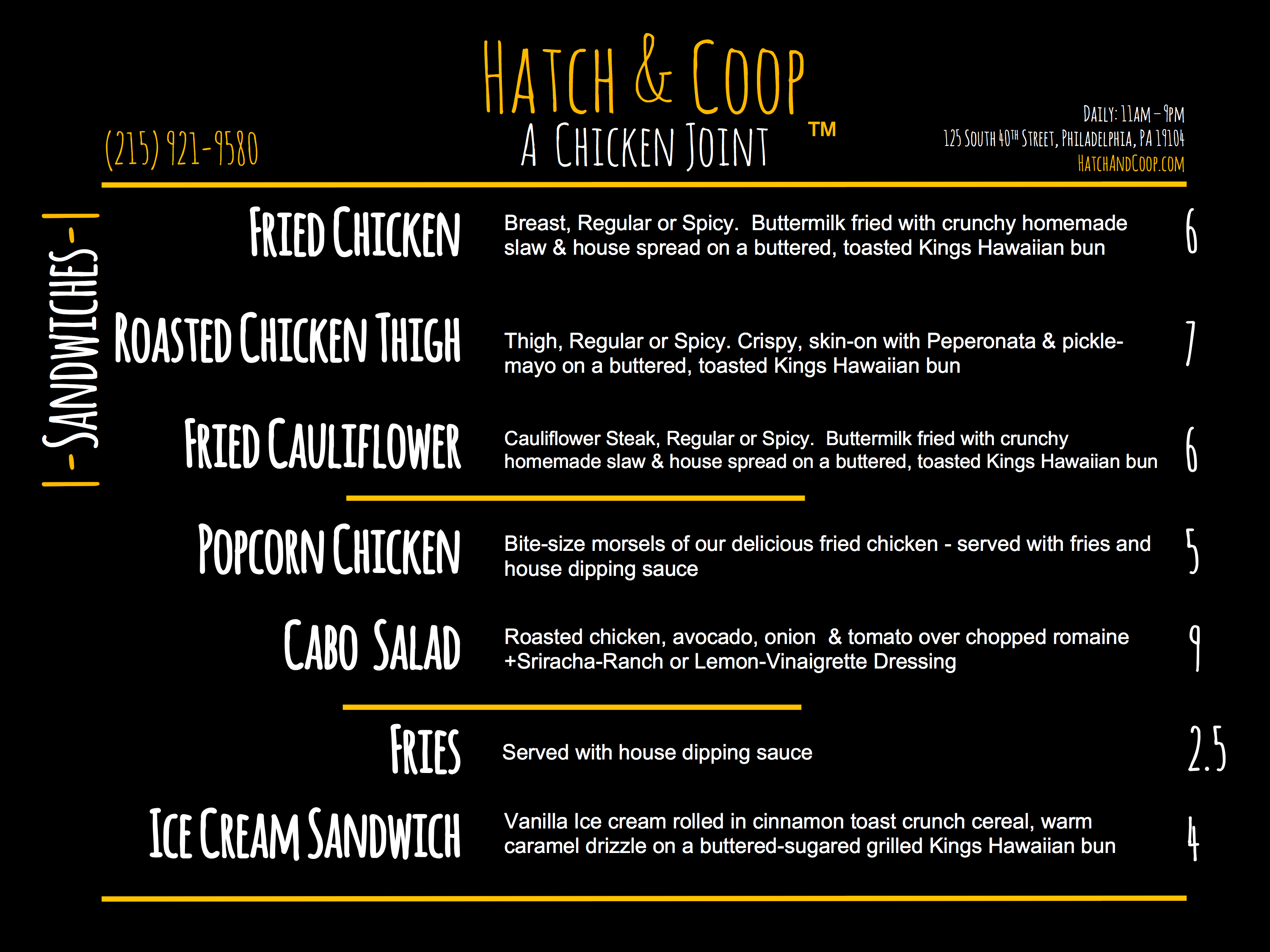