And all you have to do to get yours is show up at Dilworth Park on December 12th. 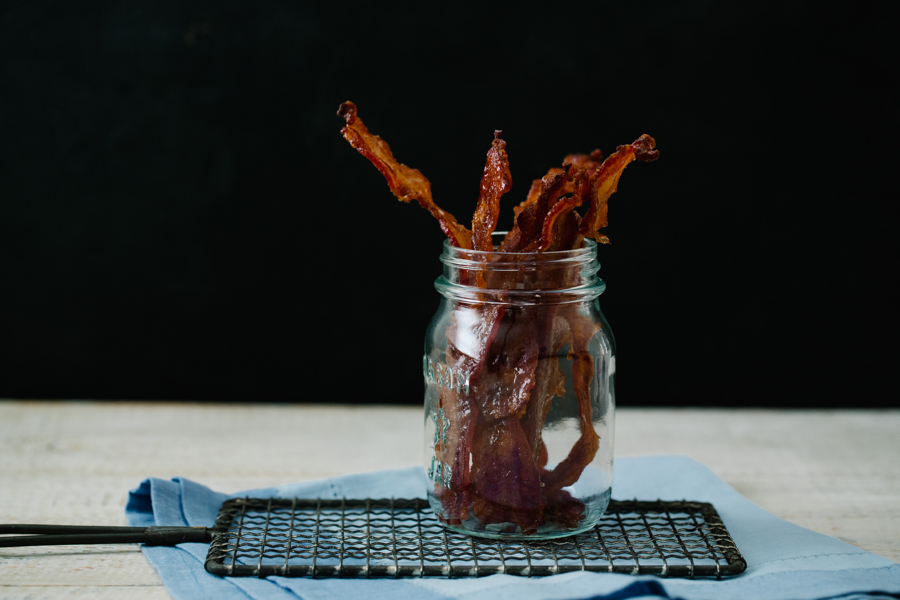 In the pantheon of unexpected holiday gifts, the car with the big red bow is at the top and, I don’t know, Legionnaire’s Disease or something must be at the bottom. But solidly in the top quarter? Free bacon.

I once had someone give me a couple pounds of beautiful, center-cut heritage bacon one year, totally out of the blue, and it was a fantastic gift. And while not everyone is going to be so lucky as to have Santa drop a package of pig candy down their chimney this year, everyone in Philly can score some free holiday bacon when the Applegate “Bacon Express” food truck shows up at Dilworth Park, offering the gift of complimentary bacon treats to all comers.

No, seriously. Free bacon. I don’t think I can stress that enough. Applegate has basically been going town-to-town on the East Coast like some kind of cured meat St. Nick, dispensing bacon snacks to the faithful from their (no doubt delicious-smelling) food truck.

And on Tuesday, December 12th (from 11 a.m. – 7 p.m.), it’s going to be here, at the Wintergarden at Dilworth Park. The menu is short, but extremely focused:

And okay, I can live without bacon hot chocolate (or, really, any liquid-and-bacon combination save pure bacon fat), but the other three absolutely sound like they’re worth the visit. Just one suggestion, though? All stunts, gimmickry and Instagrammable plating solutions aside, you know what’s the best way to eat bacon? As bacon. So maybe, alongside all the brownies and cocoa, just cook up a plate of plain old bacon for us purists. It might not look as pretty as your mason jar full of candied bacon, but I promise it will taste better.