Drink specials, a movie and dancing to get you ready for Turkey Day. 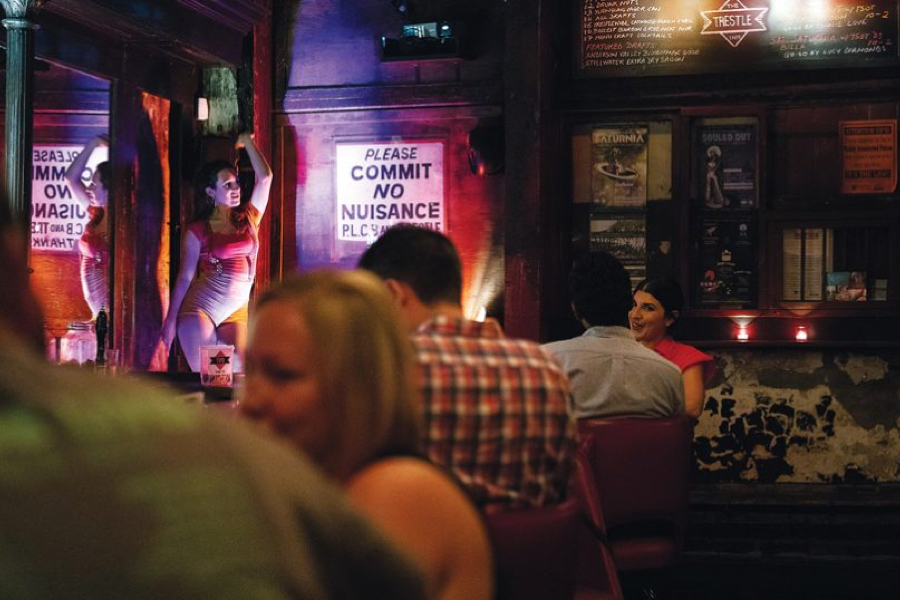 Thanksgiving Eve is the drinkiest day of the year. It’s when everyone comes back into town to visit family, when everyone already in town goes out with their friends, and when everyone, no matter their location, starts drinking to get themselves psychologically ready for Turkey Day.

And while this festival of booze can happen anywhere, you know where it should happen? At the Trestle Inn, where they really know how to throw down for made-up holidays.

They’re starting the night at 8pm with a complimentary Jim Bean Double Oak and cocktail tastings. They’re also pouring $7 Black Power whiskey sours from 8pm to midnight and showing the movie from 8pm-10pm. At 10pm, the music starts. As does the go-go dancing. And all night long, you can get $5 Turkeywides at the bar–a can of lager and a shot of Wild Turkey.

There’s no cover. They’ll be dancing until last call. All the cool people will be there. So where will you be?