Four'N Twenty, one of the world's most popular meat pies, are going on the menu for the Sixers' 2017-18 season. 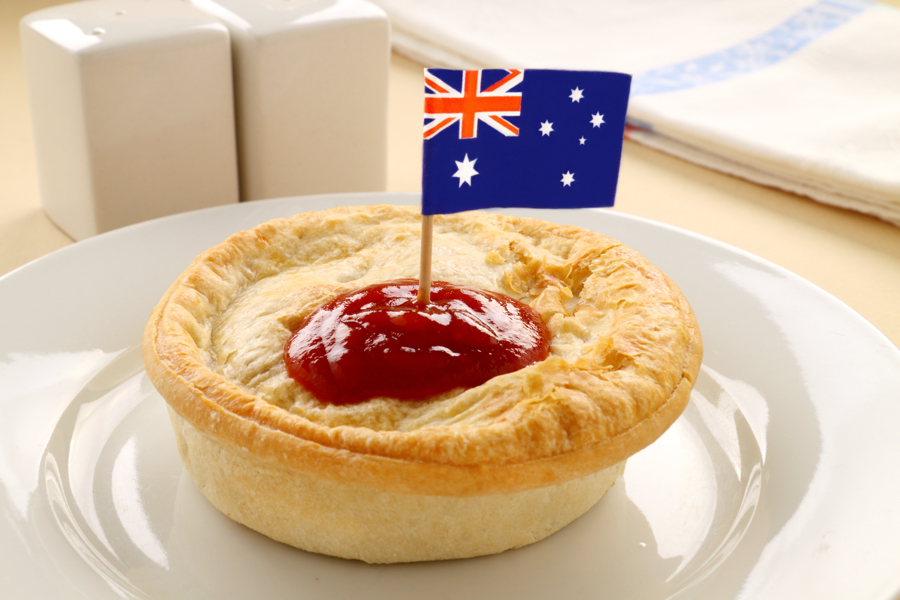 So this is kind of a weird story, but it has food in it, so we’re telling you about it.

You ever heard of Four’N Twenty? Unless you’re Australian, it’s okay if you say no. They’re meat pies — beef and gravy inside a pastry crust — and they’re the single most popular sports concession dish in Mad Max Land, and also one of Australia’s national dishes. The company is invested in footy in a big way (that’s Australian rules football — a kind of insane mix between soccer, rugby and American football, often played on a cricket pitch), sponsoring teams like the Port Adelaide Power, Hobart Koalas, Fremantle Dockers, Brisbane Lions, Canberra Marmite, Brisbane Broncos and Cronulla Sharks (I only made up two of those names and I’m not telling you which ones), and have now signed a deal with the Philadelphia 76ers to sell their pies at the Wells Fargo Center.

But wait. It’s not quite as random as it sounds.

The Sixers have an Australian guard-forward, Ben Simmons. They’ve also got Brett Brown, who used to be coach of the Australian national basketball team. So becoming the first American sports team to sign a deal with the maker of Australia’s favorite sports snack is, I guess, not all that strange.

Apparently, a Four’N Twenty meat pie is eaten every 1.4 seconds around the world. That’s 58,000 per day, which is… I mean, it’s a lot. Globally, about 1.5 million Big Macs are sold every day. Masa seats 26 people per night. So it’s somewhere in between. But getting into the U.S. concessions market? That would be huge.

And this is Four’N Twenty’s shot. They’re doing an Australian Heritage night at Wells Fargo to celebrate (on January 24th). The meat pies will be sold on the main and mezzanine concourses during the 17-18 season. And there’s even a hashtag for fans to use. It’s #4N20Sixers which, I can virtually guarantee, will be misused in hilarious ways.

Still, as the first ever international partnership entered into by the Sixers, and the first entry into the American market by this iconic Australian brand, this is big meat pie news. I’m not sure whether or not Stargazy has anything to worry about, but I am curious to see how these things play at the Wells Fargo Center.