Stargazy and Mighty Bread Co. Are Bringing Grilled Cheese to The Bourse

Sam Jacobson and Chris DiPiazza's Mighty Melt is among the second round of vendors to sign on to the revamped food hall. 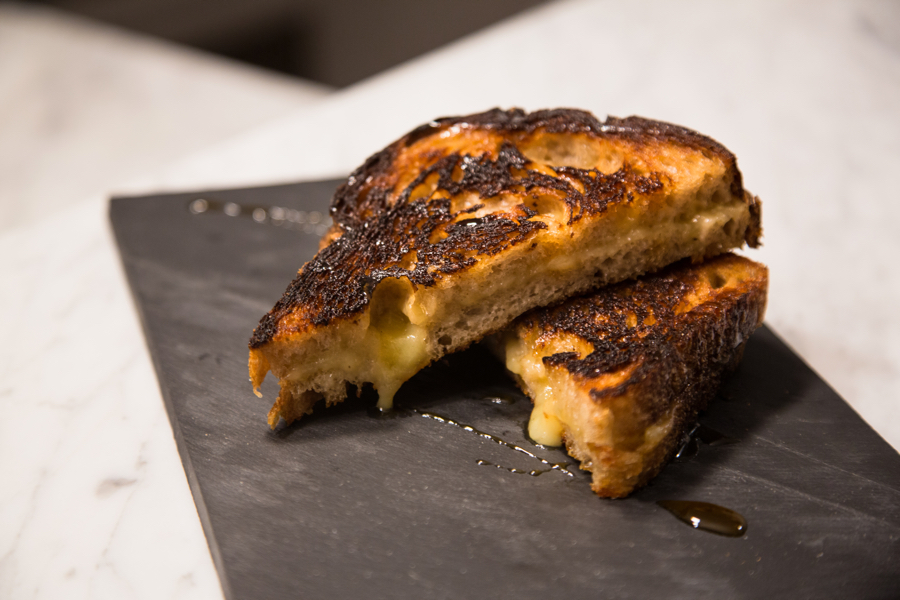 We were already excited about the new Bourse Food Hall when vendors like Chaat and Chai and Egyptian spot Ka’moon were announced as tenants earlier this fall.

But now that Mighty Melt, a grilled cheese collaboration between Stargazy’s Sam Jacobson and Mighty Bread Co.’s Chris DiPiazza, has signed on as a tenant, next summer’s reopening really can’t get here fast enough.

“Before I opened Stargazy, my concept was originally to open a bread bakery, with some being sold as is, and the rest being made into delicious grilled cheese sandwiches to serve there,” Jacobson posted on Instagram yesterday.

When DiPiazza came into Stargazy with bread from his startup bakery, Jacobson loved the product and began selling the loaves at the shop. Mighty Bread also has a brick-and-mortar bakery in progress just off East Passyunk Avenue in South Philly.