It’s a Solomonov Takeover at the Center City Whole Foods

The CookNSolo team will bring their tehina milkshakes and fancy donuts to Whole Foods's Restaurant Row. 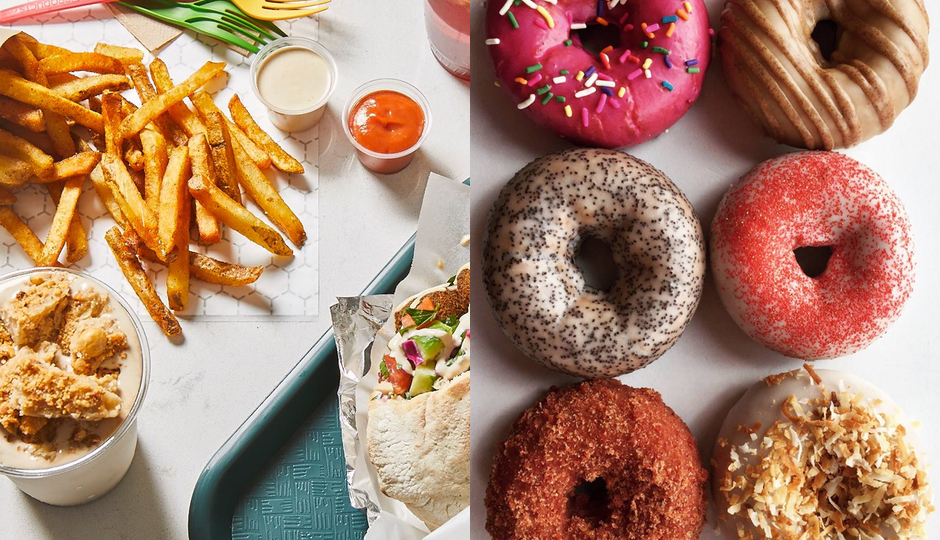 Earlier this week, word got out that Cheu Noodle Bar and Wiz Kid were bowing out of their Whole Foods food stall arrangement otherwise known as “Restaurant Row.” That their last day would be this Sunday, October 22nd, that CookNSolo’s hummusiya Dizengoff (and Severino Pasta) would remain, and that two replacement concepts were already en route.

Makes sense. Both are already well-established fast-casual operations, plus CookNSolo has an off-premises commissary kitchen, so the small prep area all the way in the back of the supermarket is basically a non-issue.

Both food stalls will do what they do best: Goldie its falafel sandwiches, fries and tehina milkshakes; FedNuts its cheffy doughnuts, fried chicken, and coffee. And both are expected to open next month.