With Fitler Dining Room closed, Dan Clark and Ed Hackett wanted to open something entirely different. And they did. 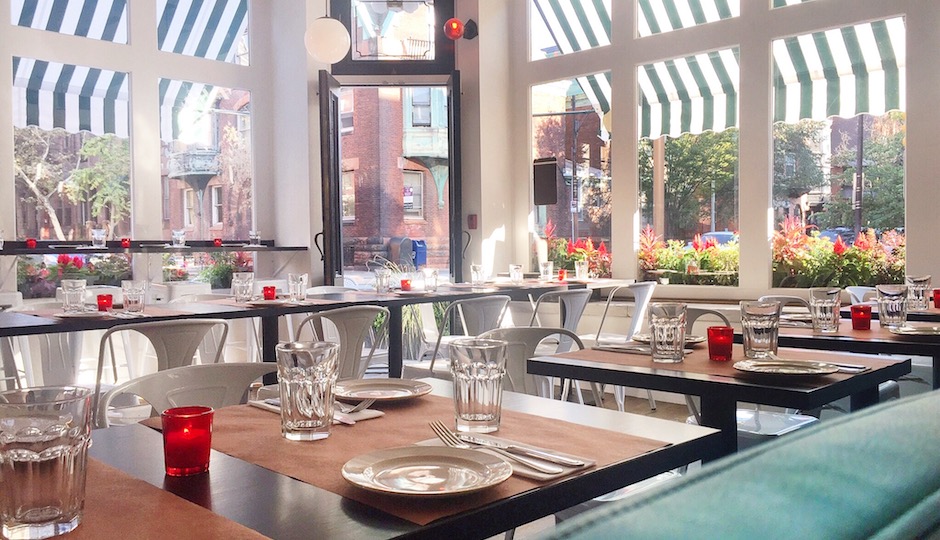 According to Ed Hackett, Director of Operations for Pub & Kitchen, The Diving Horse in Avalon and now Carina Trattoria, the problem with Fitler Dining room was that it was too busy.

“It became looked upon too much as a special occasion restaurant,” he says when I get him on the phone to talk about his and Clark’s new project, Trattoria Carina. “We got so busy with reservations. We built this great neighborhood restaurant and, by the end, the neighbors couldn’t come. They couldn’t get in.”

So how do you fix that? You close. You shut the whole operation down and you think about what you really wanted in the first place.

In the beginning, Fitler was kind of an answer to Pub & Kitchen’s unabashed gastropub-ness. Hackett said, “We had Pub & Kitchen and that’s a gastropub. Like a real gastropub.” Craft beers, a chef in the kitchen putting out food that, ten years ago, would’ve been considered fine dining, plus burgers and sandwiches and snacks at the bar. It was the way that Philly ate — the thing that we were best at. And that was fine. But with Fitler, they wanted something different. A place that would bring back more formalized dining. Not fine dining, but an app, an entree, a dessert. An ordered progression.

“But we always wanted it to be a neighborhood restaurant,” Hackett explained. Only the floor just kept filling up. The reservation thing — that was what was doing it. But you have a small restaurant, just 28 seats, and you want to make sure that they’re all filled, all the time. So what do you do? You take reservations.

But on Sundays, Fitler started doing BYO nights. They’d do a simple menu with pastas and not take any reservations. And it became a thing — something that the same people kept coming to, from across the street or down the block.

Carina? It’s basically Fitler’s Sunday BYO nights stretched out across the whole week. Only with a small, tight bar program (though BYO is still both allowed and encouraged) and a few more seats — 35 now, including some counter seats for people who want to get in and out in a hurry.

It opened a couple weeks ago in what Hackett called “Beta mode” — small menus, limited hours. They were experimenting, trying to range in on the perfect mix of dishes and flow on the floor. To know exactly what the neighbors wanted. Last night, the kitchen (run by chefs Steve Eckerd and Peter Bresnahan) rolled out the full menu. Hackett considered that the opening night. Tomorrow will be their first real weekend. 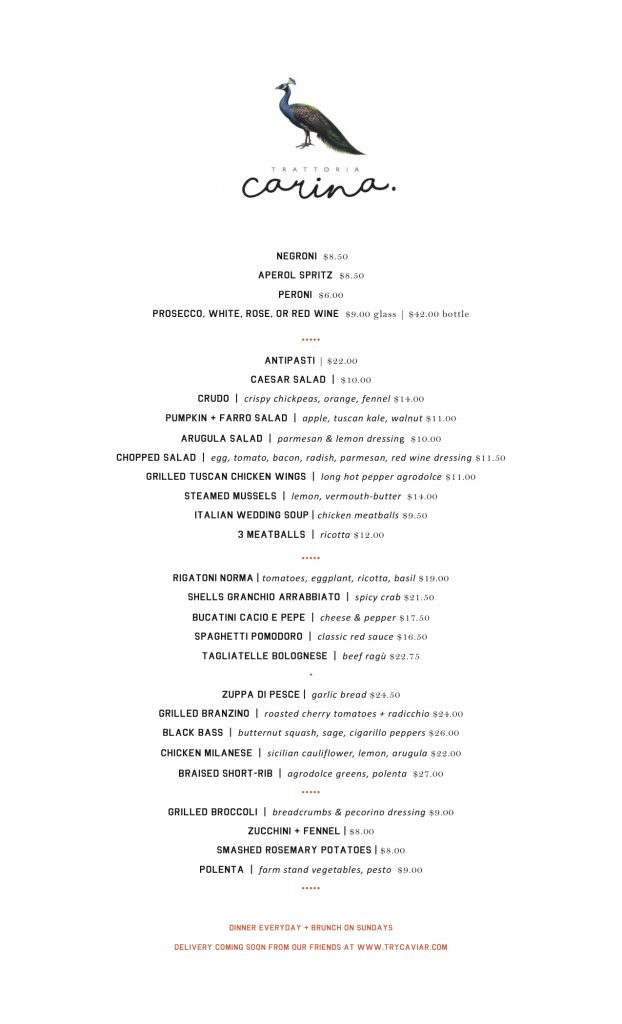 And so far, it seems to be working. The space is extraordinarily comfortable. It’s casual, filled with families and kids and couples. Most importantly, it’s fun — with the servers in their red tee-shirts and the Psychedelic Furs on the radio, with families showing up at 5:15 for a snack and a drink while the kids do their homework at the table and people hanging around the front door with their bottles waiting for a table to open up on Friday night.

Hackett thinks that this is the way that Philly eats now. That this kind of approachable, comfortable, casual-but-expert neighborhood restaurant is what the city wants. “People come in twice a week now. Before, we might’ve seen them once a month. So it’s working. Is it working? I think it’s working.”

It Looks Like Fitler Dining Room Is Closed [Foobooz]