How Many Snakes Would It Take to Make You Leave Your Favorite Philly Restaurant?

Asking for a friend... 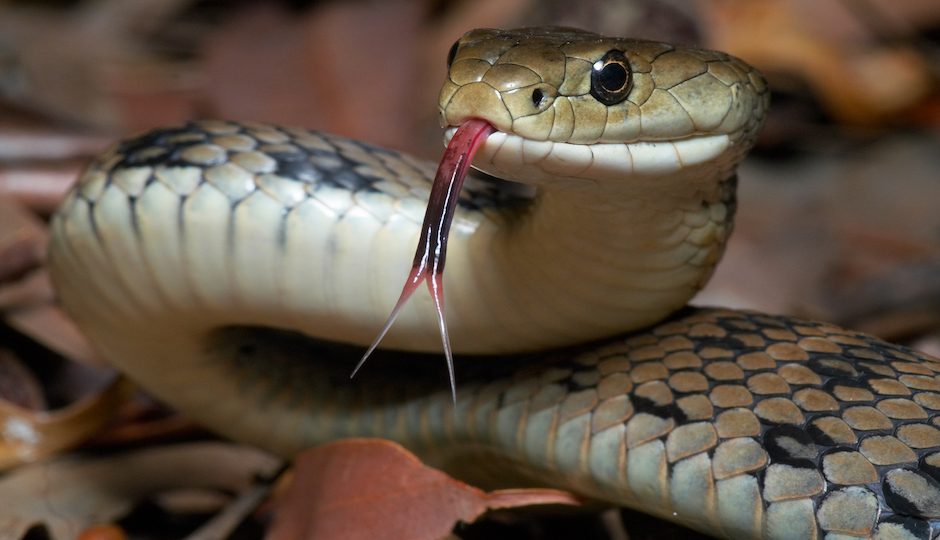 I have been bitten by one snake in my life.

It’s an embarrassing story, and not really germane to the discussion we’re about to have except to say that I have been bitten by one snake, did not die from it, harbor no particular resentment toward snakes today, and so, therefore, am qualified to both ask and answer this one question:

How many snakes would it take to make you leave your favorite restaurant in Philly?

I’m not asking this out of the blue.

I was reminded of my one snakebite experience while reading about a woman who, while attempting to have dinner at a LongHorn Steakhouse in Spotsylvania, Virginia, was bitten on the foot by a copperhead as soon as she walked through the door.

First, no story that begins with the sentence “So I was trying to have dinner at the LongHorn Steakhouse in Spotsylvania” is going to end well. The last line is never going to be, “…and that’s how I met the man that I loved” or “…and that’s how I saved Keanu Reeves from choking on a crouton.”

Second, copperhead snakes love onion rings. That’s just science. So finding one in a LongHorn Steakhouse is not as surprising as you might think. There are more of them at your local Applebee’s, but that’s just because most snakes have very little class and also like cheap tequila shooters.

Third, the snake is really the hero of this story. Because it did prevent this woman from eating at a LongHorn Steakhouse.

But none of those things are my favorite part of the story. My favorite part comes later — after the woman was bitten, after she reached down to see what’d hurt her (she thought it was a wasp) and found an 8-inch copperhead, after her boyfriend (Mike Clem) and her 13-year-old son Dylan immediately killed the fuck out of said snake, and after the EMTs arrived to transport the woman to the nearest hospital. My favorite part is this, from the Fredericksburg Freelance Star:

Myrick’s foot began to swell as she and Clem waited outside the restaurant for the ambulance to take her to Mary Washington Hospital. Clem told the rest of the party to go ahead and eat.

The restaurant manager filed a report with the chain and comped their meals, which they appreciated.

The rest of the party stayed at the LongHorn Steakhouse and ate dinner.

Let that sink in.

After a freak snake attack on one of their own, the rest of the party stayed and ate dinner. I honestly can not tell if that is brave, foolhardy, callous or all three. Or, perhaps they were just playing the odds? I mean, there’s already been one snake attack. The perpetrator has been shit-stomped. Maybe they were just thinking that the odds of a second snake hanging around and feeling vengeful were pretty goddamn low.

Which, obviously, led me to ask myself — a man who has been bitten by one snake — how many snakes it would take to chase me out of some of my favorite restaurants in Philly? I mean, I like Bud & Marilyn’s a lot, but if I walked in and saw a snake slithering into the bar, I’m pretty sure I would just tip my hat and say good day, sir. I can have a gin rickey around the corner at Franky Bradley’s, thanks.

In the downstairs dining room at Double Knot, though, 100 snakes is my limit. Why 100? Because it is really, really dark down there. Probably wouldn’t even see them. So I would just wear hip-waders, drink a lot, and try to focus on my dinner. Kevin Yanaga’s food is worth it.

So what about you? On a scale of zero-to-infinity snakes, how many snakes would it take to make you leave your favorite restaurant?