Where To Eat This Weekend: A Real Sausage Fest 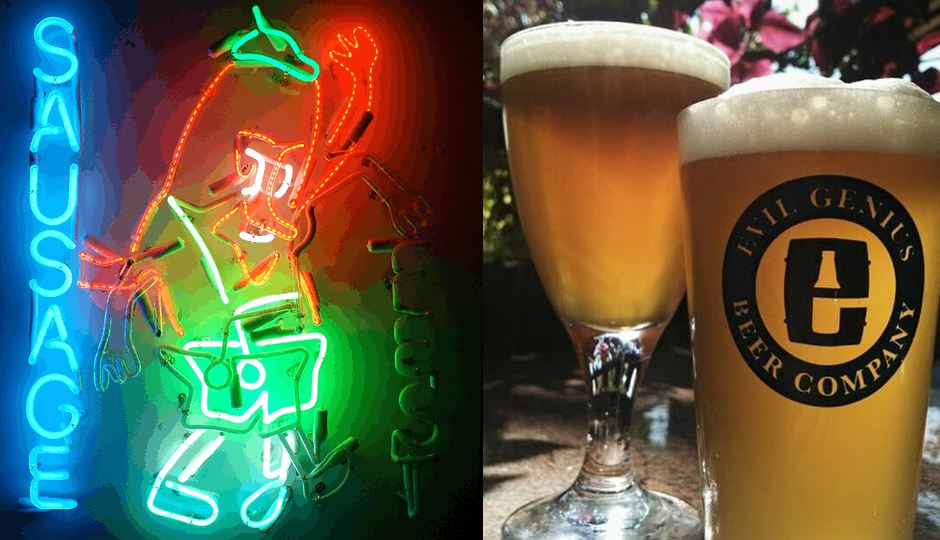 Happy Friday, everyone. If you’re anything like us, all you’re really concerned with right now is where you’re going to be eating (and drinking) this weekend. The good news? It looks like you’ve got plenty of excellent options–from new restaurants to cool events to Ping Pong bars.

Yeah, Ping Pong bars. Let’s start with that one, huh?

If you were going to open your own ping pong bar, what would you name it? Personally, I’d go with something goofy like Backhand or Jimmy Two-Paddles’s Ping Pong-ateria. But the owners of Philly’s first (and only) ping pong bar went with Spin because… I dunno. Because it’s easy to remember, maybe? Anyway, it opens tonight. So go and get your pong on.

No, seriously. An actual sausage fest. Standard Tap’s Sausage Fest–a celebration of German-style beers and tube-shaped meats–is back starting tonight and running through Thursday, September 21st. We’ve got all the details (and the menus) right here for you.

What would be the opposite of a sausage fest?

At Standard Tap, there’s German beer and a whole lot of sausages. Not your kind of scene? Then how about this? On Friday and Saturday, the Wegman’s in KOP will be hosting it’s own Japanese-style fish market with sushi, sake tastings, games, weirdness, freaky candies, giant games of rock, paper, scissors, and a couple of expert fish cutters breaking down an entire tuna live in front of a crowd (bring the kids!). It actually sounds very cool, and I’m hoping to check it out myself. Wanna join me?

You know what South Philly really needed? More tacos. Thus, the crew from Jose Pistola’s decided o bring their game down to East Passyunk. The new Pistola’s opened on Wednesday, but they’re really getting rolling this weekend. So if you’re looking for tacos, tequila (and, oddly, Spanish flatbreads called coca), this is your lucky day.

Exciting news from the frontiers of laziness and beer

This week, Postmates started delivering beer in Philly. Welcome to the future. That is all.