Where To Eat This Weekend: All-Houston Edition

All over the city, chefs and restaurants are offering dishes, drinks and deals to benefit the victims of Hurricane Harvey. 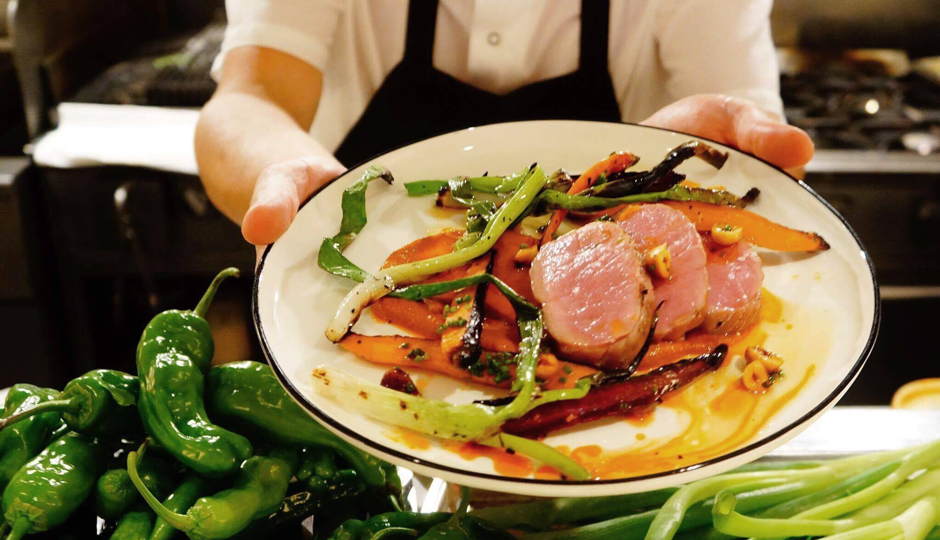 Proceeds from the roasted veal loin with smoked carrot romesco, green onions, and hazelnuts at a.kitchen will go to the #chefs4Houston hurricane relief effort. a.kitchen/Twitter

We know that a lot of you are going to be out of the city this weekend. We know that most of you are already gone. But for those of you sticking around, we’re focusing this week’s Where To Eat on restaurants that are doing charity work for the people (and pets) of Texas affected by Hurricane Harvey.

So let’s go do some good this weekend, huh? And we can start with…

The most organized charity program happening was put together on the fly by Eli Kulp, Ellen Yin and the team from High Street Hospitality. The #Chefs4Houston hashtag is being used to collect a list of chefs and restaurants offering a single plate, sales from which are being donated to hurricane relief efforts. Obviously a.kitchen and a.bar, Fork, High Street on Market and High Street on Hudson are all participating, but the program has already attracted some pretty big names. Vernick, Laurel, Zahav, Will, Hungry Pigeon, Cuba Libre, Luna Cafe, Cafe Lift, Bufad, Prohibition Taproom and others have signed on, and you can keep track of what they’re doing and who’s donating by following the #Chefs4Houston hashtag on Twitter and (more commonly) Instagram.

Drinking For A Good Cause

Manatawny Still Works is donating $2 from each cocktail and $5 from each bottle sold at the Pottstown distillery and Passyunk tasting room to the Houston Humane Society “to help the organization in the aftermath of Harvey and what will surely be the gargantuan task of caring for abandoned animals and reuniting pets with their families.” Then, on Saturday, they’ll be doing the same deal, but donating proceeds to the American Red Cross. Can’t make it to the locations? That’s cool. Take a picture of your bottle and receipt from Friday or Saturday and tag it on social media (Instagram: @manatawnystillworks, Twitter: @manatawnysw, Facebook: @manatawnystillworks).

And Then Drinking MORE For A Good Cause

This one just seems to appropriate to pass up. Rex 1516 is a very southern restaurant. At the bar, they serve a mean Hurricane. This weekend, they’re donating 100% of proceeds from every Hurricane sold to hurricane relief. Nice, right?

In Case You Haven’t Already Been…

Have you been to Kensington Quarters yet? If not, this weekend is the perfect time. For starters, the crowds shouldn’t be too bad. But also, they’re donating 10% of all sales between lunch on Friday and brunch on Monday to #Chefs4Houston. Not 100% of one plate, but 10% of everything.

Federal Donuts has a new donut, designed in collaboration with Maker’s Mark bourbon. It’s a peanut and caramel apple fancy, being sold at all stores in Philly (and the one in Miami). And from now through Monday, September 4th, FedNuts is donating 100% of proceeds from the sale of this new donut to the Houston Food Bank — one of the many, many organizations in Texas that are going to need help for months to come.