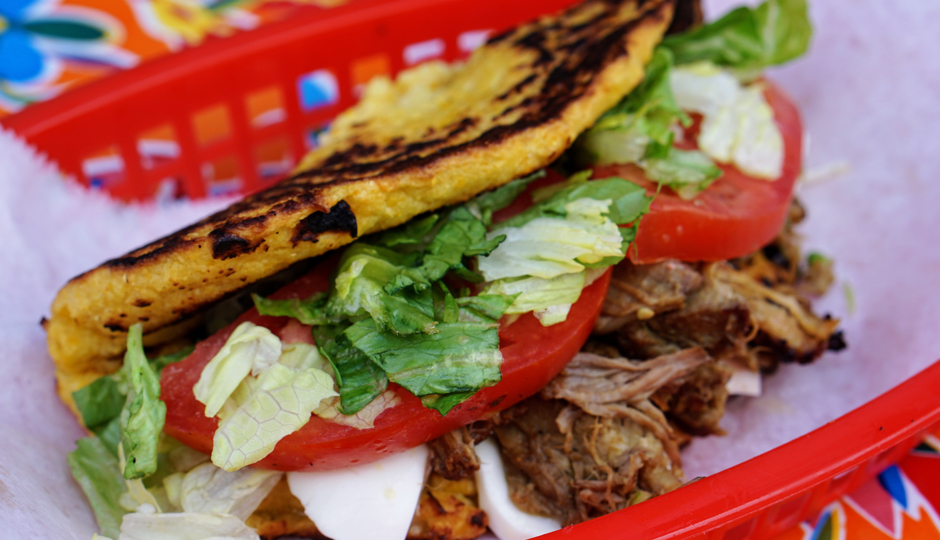 We’ve been pretty excited about Puyero ever since it opened down on 4th Street in Queen Village. Back in June, we reviewed the place and gave it high marks for its arepas, chipotle ketchup, and cool, casual BYO vibe.

But now, they’ve taken a menu that was already stuffed with arepas, plantain sandwiches called patacones, fried cheese, and (more) plantain and added cachapas — a vital addition that comes straight from the roadside food stands of Venezuela. 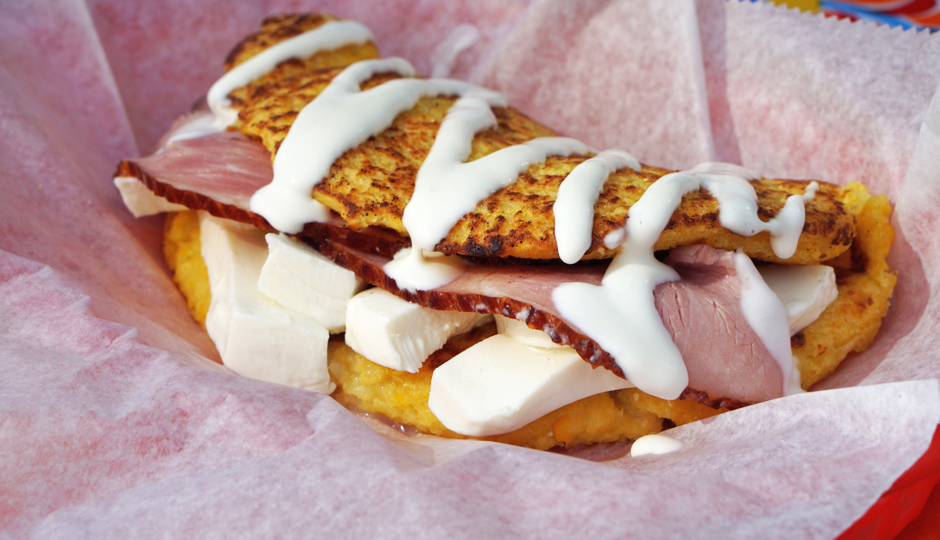 That thing right there? That’s a cachapa: a ground sweet corn pancake used kind of like a taco shell to hold whatever ingredients the cooks feel like putting inside.

Actually, they’re used the way pancakes are used almost everywhere else in the world (except here) — as a way to wrap up delicious things and get them into your mouth without you having to just shove everything into your face with your fingers.

The classic version is made with local white cheese and nata, a kind of Latin American sour cream made from the heavy, rich cream that congeals when boiling milk. But Puyero is offering theirs in four different varieties. Check it out:

They just went onto the menu last week and will be available during lunch and dinner. They’ll run you between $6.50 and $8.50 apiece and, like just about everything at Puyero, are almost enough to be a meal all on their own.

Almost. You should totally get two. Might I humbly suggest the todera? 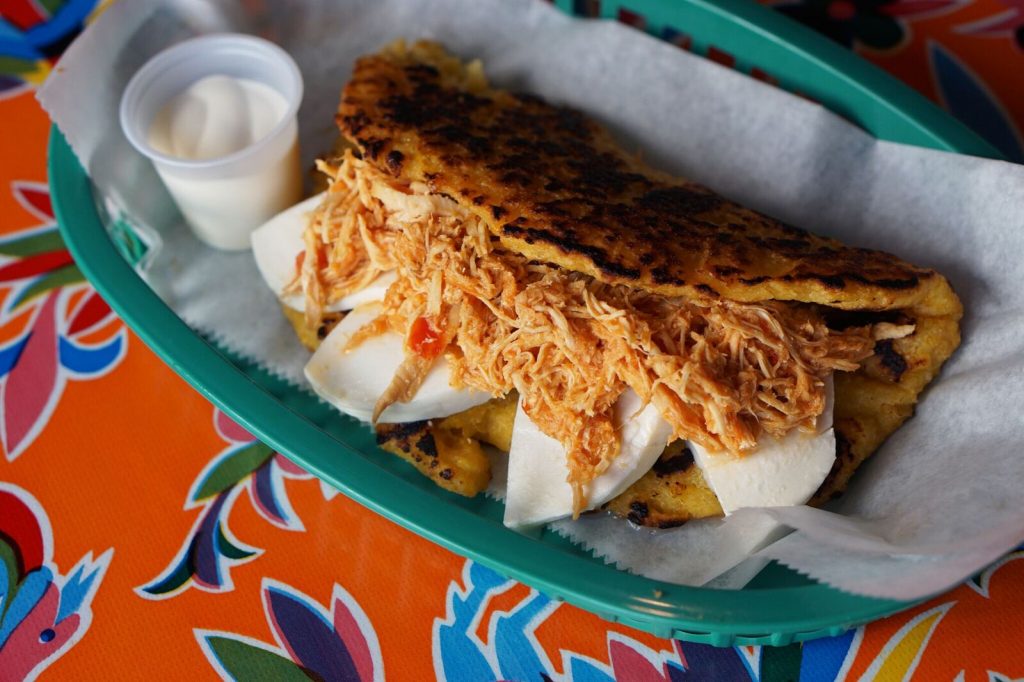