As if a late-night burgers-and-poutine operation wasn't already good enough. 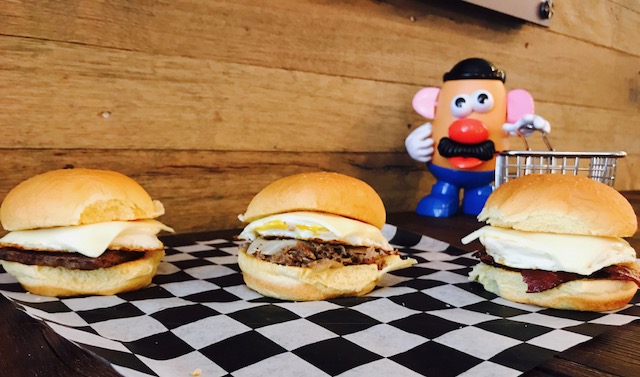 You all know about Shoo Fry, right? It’s like a drinking man’s Nirvana–a place where you can get a burger and a drippy order of classic poutine (or one topped with scrapple, egg and cheddar if you’re feeling it) at 2:59am on a Sunday morning. It’s like the perfect place for a fast lunch when you’re having a crappy day that can only be turned around by carbs, gravy and cheese curds.

Well, now the Rittenhouse location (on 17th Street between Walnut and Sansom) is doubling-down on all that awesome by adding a breakfast service to the board.

So here’s how it’s gonna work. Beginning today, the Rittenhouse Shoo Fry began serving at 8am. Breakfast will run daily until 11am, and the menu is precisely what you’d expect from a place like this: egg sandwiches, loaded hash browns, coffee, juice and nothing more. Simple, direct and to the point.

The “Breakfast Sliders” will run you $2.50 and come in four varieties (bacon, egg and cheese; scrapple, egg and cheese; cheesesteak, egg and cheese; and pork roll, egg and cheese). The hash browns are five bucks and will be offered in three styles, rotating daily, but including options like the “Scrapple Jawn” (pretty sure you can guess what’s in that), the “Sugar Shack” with bacon, maple syrup and powdered sugar, and the “Shoo On A Shingle” with creamed chipped beef.

Really, most of the hash brown styles mimic those used during lunch, dinner and late-night on the poutine/french fry menu, which is as it should be.