Your weekly round-up of all the food news that you missed while you were doing more interesting things. 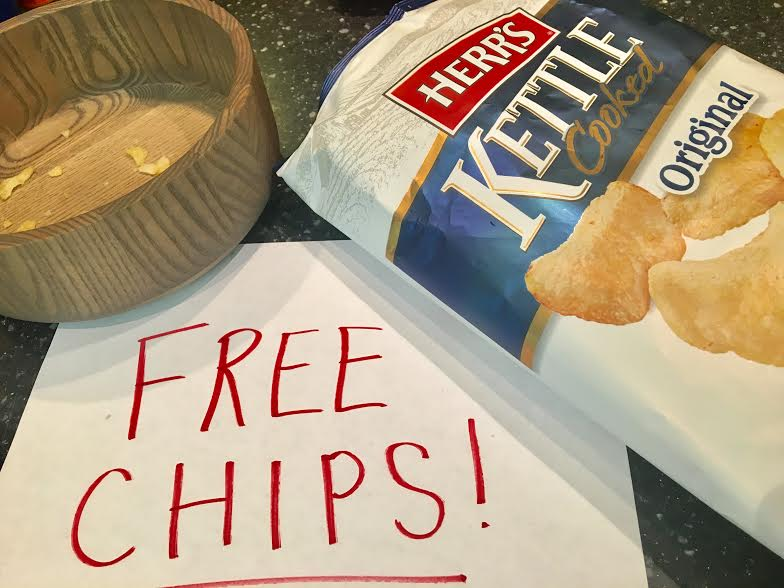 Happy Monday, everyone. Glad to see you made it through the weekend in one piece. If you’ve found your way here this morning, it’s probably because you’re looking for the world’s best mai tai, the world’s first oyster vending machine or the world’s scariest new (food-based) A.I..

Or maybe you’re just wondering about those potato chip-fed cows right here in Pennsylvania which local chefs are going nuts over? Yeah, I thought it might be that.

Read on, my friends…

Herr’s (yes, the local potato chip company) has had some farmland and some cattle for years. They’ve got about 1,000 acres in Eastern PA, and they use it for raising cows. Not too weird, right? But it’s what they feed the cows that matters — their steady diet of potato peels, over-baked pretzels and too-small chips. They call it “Steer party mix” and, apparently, such a diet makes the beef from these cows taste just delightful. So much so that certain local chefs are now purchasing it for themselves. The good folks over at Food & Wine have the details on these party cows, and you can read about it right here.

Well, not really a bank. But in a bar in a bank building in downtown Oahu called Bar Leather Apron. And it really is the world’s best mai tai because the guy who makes it, Art Deacons, is a bartender at Bar Leather Apron and he recently won the World’s Best Mai Tai competition with the drink he serves there. Anyway, it’s a weird and interesting story, and if you happen to be heading to Hawaii anytime soon, you should check this place out and then tell me all about it.

Would you eat an oyster from a vending machine?

Because the French? Apparently they love the idea of eating oysters from a vending machine. The upside is, they’ll only cost you about $8 per dozen. The downside? You have to shuck them yourself. But apparently the French never go anywhere without a shucking knife tucked in their belt, so that’s cool.

Computer scientists at M.I.T. are creating an artificial neural network designed to derive recipes from looking at food photos. Because you people take SO MANY GODDAMN PICTURES OF YOUR FOOD these days, the data sets they’re working with are huge and the program is learning fast. Does anyone else out there think that, at this point, computer scientists are just in a race to develop the single most ironic way for an A.I. to arise and murder us all? Because I do. We are the engineers of our own fate. And we will be doomed by our love of unicorn frappucinos and chocolate lava cake.

Oh, and here’s a crocodile-vs-shark fight for you

Everything that happens in Australia is insane. This is no different. The video begins with someone feeding a fish to a crocodile. Then a shark shows up. Then it’s Thunderdome time.