It's retail for now; bar hours start next week. 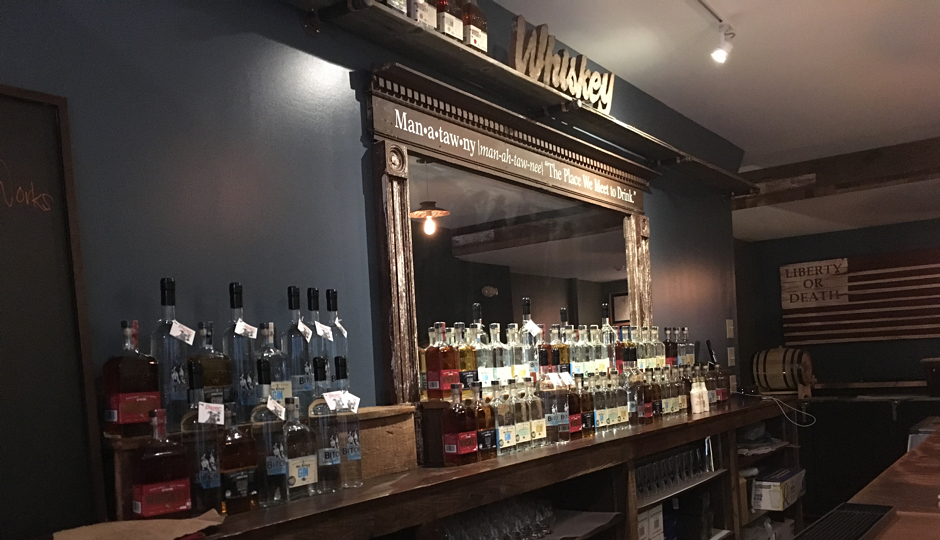 Last year, Pennsylvania distilleries were given a little gift by the PLCB called the Limited Distillery license. It allowed in-state distilleries to open satellite tasting rooms, and, in doing so, it gave Pennsylvania residents the opportunity to legally purchase their liquor — for the first time in ages — outside of a Fine Wine & Good Spirits store.

When the bill passed, Manatawny Still Works pounced on the opportunity and announced their plans to open a tasting room and bar at 1603 East Passyunk Avenue. And now, a little over a year later, the Manatawny Tasting Room is open for business. 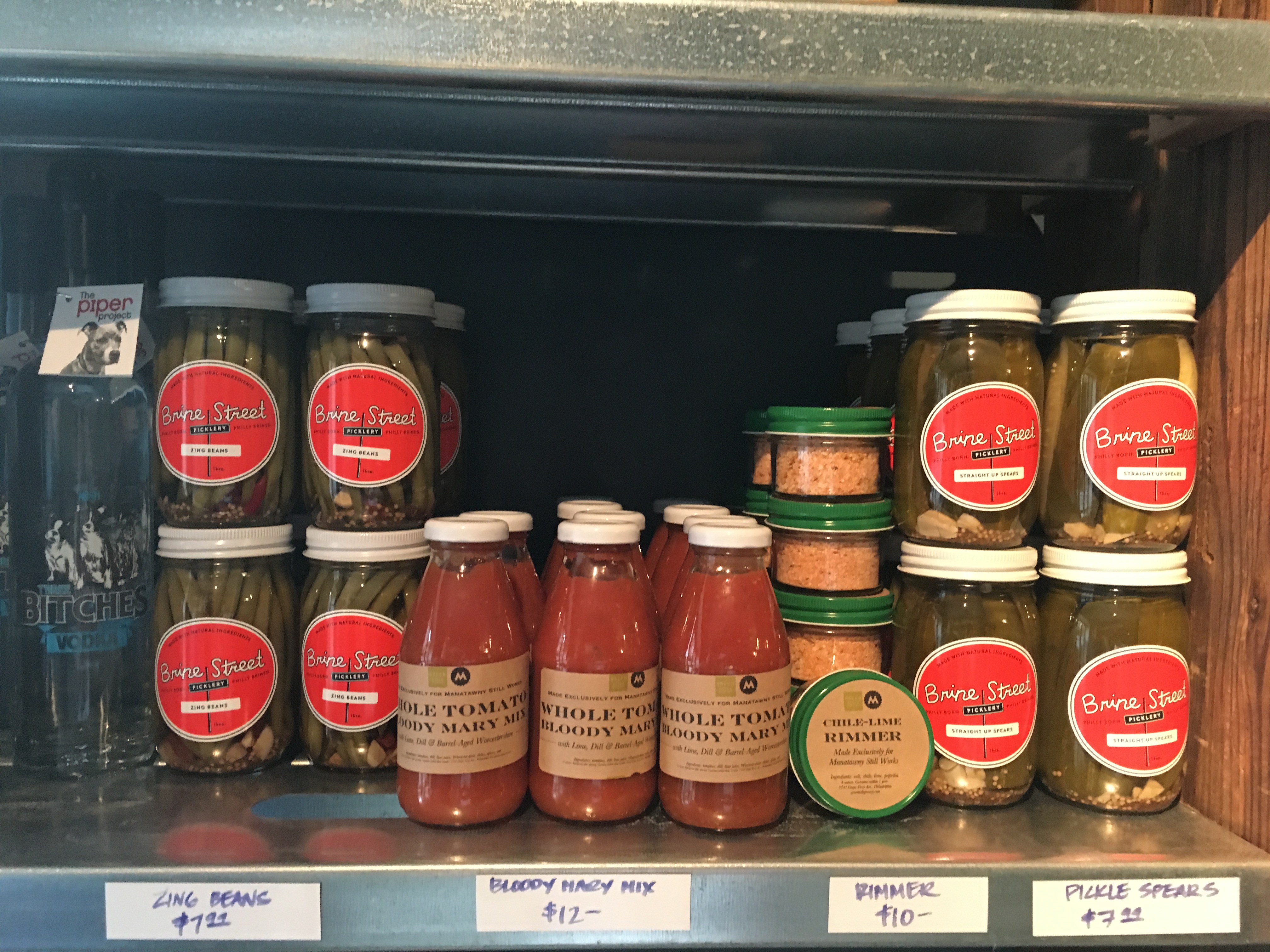 Right now, it’s just retail and samples (Wednesday-Sunday, noon-8 p.m.) — similar to the Bluebird Distilling situation at Liberty Place. But in addition to selling its line of craft spirits (which you can read all about here) and Manatawny swag, they partnered up with their new neighbor, Green Aisle Grocery, to create a custom bloody mary mix. Throw in some pickles and “zing beans” (pickled, spicy green beans) by Brine Street, and you’ve got yourself a nifty starter-pack for your next BYOB brunch.

After a dry-run on Wednesday, the bar will be full-go on Thursday night, meaning Manatawny cocktails, local beer (Sly Fox, Evil Genius, and 2SP to start) and local wine until 11 p.m.

The space is a bit inconspicuous (sandwiched between Izumi and Cloth, a baby clothier), so keep and eye out for the flags hanging outside — they’ve got a variety of them that they’ll rotate through the week. Each flag corresponds with the evening’s drink special: the Dutch flag means a gin special, a Whiskey Rebellion flag (obviously) signals something with whiskey, and the Philadelphia flag indicates a city-wide special. Neat!

Pop in now to load up before the weekend. Otherwise, we’ll see you next week at the bar. 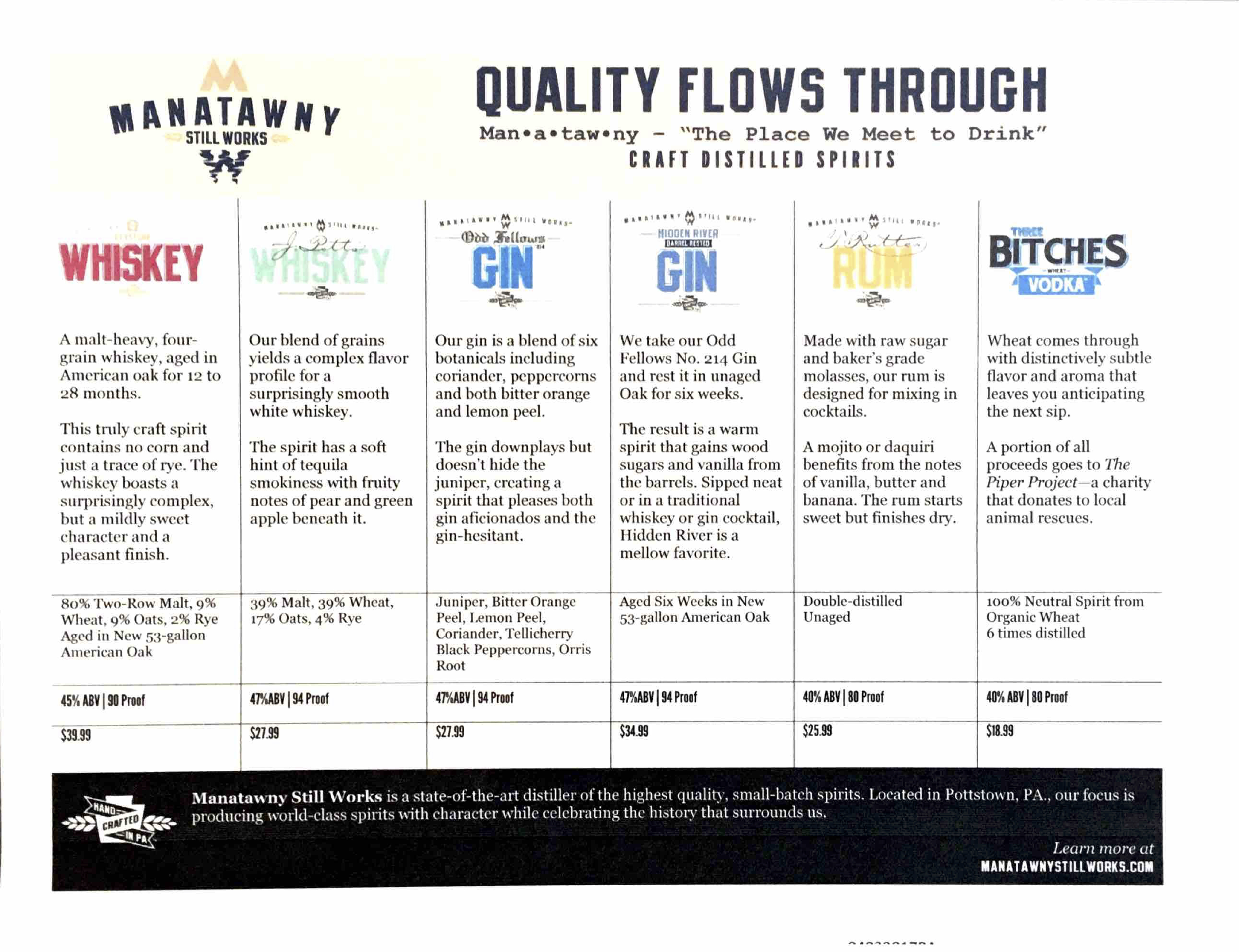