Monday Morning TL;DR: How to Cook Pancakes With a Laser

Your weekly round-up of food news that you were too busy to read. 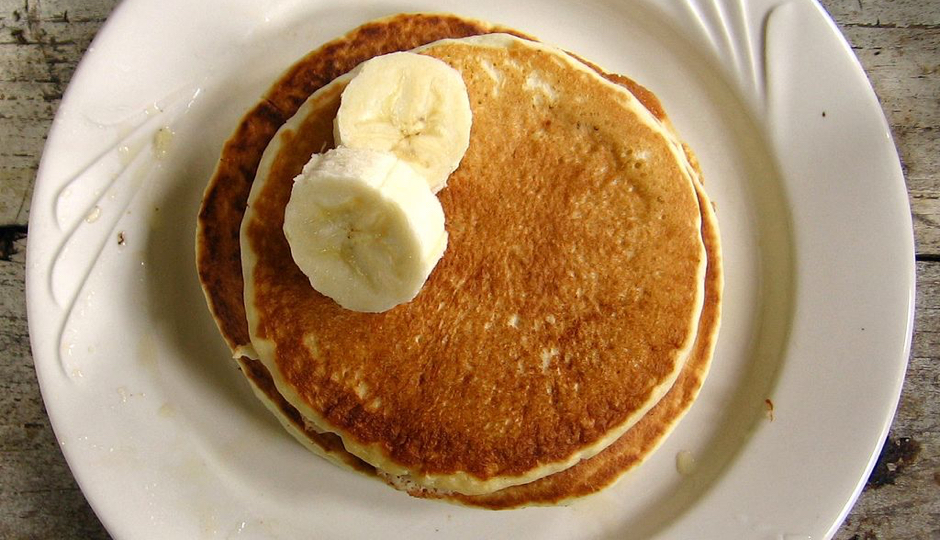 So that’s another weekend over and another work week begun. If you’ve found yourself here, it’s probably because you heard the rumor that the kid who played Hot Pie on Game of Thrones has started his own bakery (true), or that the father of one of the best-known chefs in San Francisco invented the McDonald’s Value Meal (also true). But we’ve also got stories about baking bread in space, making pancakes with lasers, and a new gin that comes with motorcycle parts in every bottle–which might just be the stupidest thing I’ve ever heard.

Oh, wait. No it’s not. That would be the list of food and drink available for purchase by humans at the Texas State Fair. Which includes (but is not limited to) Oreo beer. Read on…

Obviously, this list of the strangest things people can eat at the Texas State Fair leans heavily on the deep-fried end of the edible spectrum. There’s deep-fried Froot Loops, deep-fried chicken noodle soup on a stick and a deep-fried funnel cake bacon queso burger which the good folks at Eater describe as “not unlike something that would be served at Philly’s famed stunt burger purveyor PYT.” Anyway, you can read about all of it at Eater. Or you can just accept the fact that in 2017, someone thought it wise (or at least Instagramable) to brew Oreo beer–actual milk stout conditioned on what one must assume was thousands of pounds of crushed-up Oreos–and then serve it to people.

But that means there’s less gin in the bottle, right?

Uwe Ehinger makes custom motorcycles. He’s also something of a historian. Nicknamed “The Archaeologist” (which is also the name of this super-limited run of gin), he’s famous for scouring the world for antique motorcycle parts. And now he has decided to put some of them–Harley parts, actually–into bottles of gin. I will admit that the pictures look cool. I will admit that I kinda want a bottle for my shelf. I will admit that he went to great pains to package and seal the parts in a way that wouldn’t poison anyone–and then produced only enough to serve in his own bar, which is apparently in his garage in Germany, plus offer a few for sale (which sold out in hours). But there’s still just something about this that bothers me. Mostly that this has to mean there’s less gin in the bottle if it has to share space with a camshaft, right?

Actor Ben Hawkey played the role of Hot Pie on Game of Thrones–Arya’s friend who had a small but important role in early seasons and recently showed back up in a surprise cameo this season. The character wanted to be a baker. And guess what Hawkey has just done? He’s opened a real-life bakery in London that just happens to have the greatest name ever. It is called You Know Nothing, Jon Dough. Which, if you’re a fan, has to make you laugh. You can check out all the details here on the Huffington Post.

One more story about bread — in space!

Know what’s tough? Baking bread. Seriously, people dedicate their entire lives to attempts at perfecting this most basic of human skills. But you know what’s even tougher than that? Baking bread in space. For the longest time, astronauts have had to make do with tortillas (which don’t really make crumbs), but now, some clever folks are trying to figure a way to bake and safely eat bread aboard the International Space Station. Needless to say, it is…complicated. NPR did a long piece about this, and I found it fascinating. I listened to it on the radio, then read about it online. And you can do both right here.

Angela Dimayuga runs Mission Chinese Food in San Francisco–one of the best known restaurants in a city full of famous restaurants. But when she was a kid, her dad was a McDonald’s manager who (kinda accidentally) invented the Extra Value Meal. I love this story from Vice so much because it speaks to a time before McDonald’s became the perceived enemy of real food, when the food world was a smaller and simpler place, and when true innovation sometimes took nothing more than one good guy with one good idea. If you’ve got the time, you should absolutely check it out.

And when you’re done with that, just go here and watch a man try to cook pancakes using a laser. You’re welcome.