For all of August, it'll be known as Dos Rosas Taqueria. 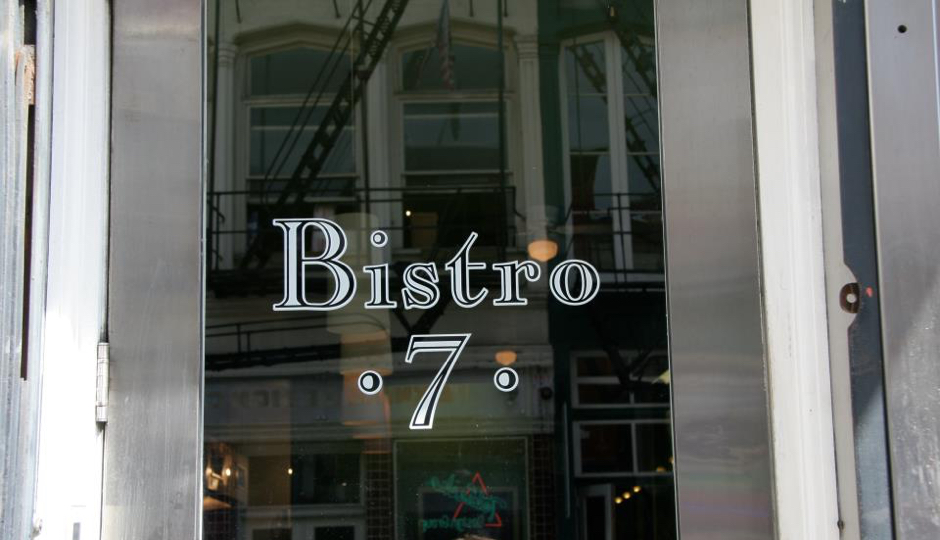 The idea of restaurants transforming themselves into something completely different during summer’s dog days is fantastic. I mean seriously, what could be more refreshing (for the staff, the kitchen, the neighborhood) than a radical change of course that everyone knows is temporary? You could become anything. A sushi bar. A corn dog stand. Or, in the case of Old City BYO Bistro 7, a taqueria called Dos Rosas.

I’m not kidding. Chef-owner Michael O’Halloran has been running the place as a kind of French-y New American dinner joint for years. He made things a bit more casual last year (which the neighbors seemed to like). And now, for the entire month of August, he’s going even more casual by turning his lovely little bistro into a lunch-and-dinner taco shop, offering quick, grab-and-go, counter service tacos and snacks all day long, and at night, adding a few composed plates to the roster.

Por ejemplo, he’s looking at five different kinds of tacos all-day long: pork belly, duck carnitas with crispy duck skin and leeks, blackened redfish, a vegetable version with mushrooms, corn and zuchini with a tarragon crema, and a breakfast taco of chorizo, potatoes and egg with charred poblanos. In addition, his kitchen will be slinging Sonoran hot dogs (bacon-wrapped, with pickled jalapeños and hot sauce, on a bolillo roll), nachos, cold avocado soup and burritos which (like the tacos) will be made with homemade tortillas.

Then at night (starting at 5 p.m.), he’ll be adding fresh oysters, compressed watermelon with honey and lime over an arugula salad, and charcoal-roasted duck breast with chipotle honey and grilled peaches.

I know, right? I want to eat that right now, too.

But you can’t because life is cruel and O’Halloran isn’t lighting the fires at Dos Rosas until the start of August. When he does, the place will be open for lunch and dinner, Tuesday through Sunday (a new thing for him because Bistro 7 was a strictly dinner-only operation). Service starts with tacos and snacks at 11am. Dinner starts at 5 p.m. And things wrap up at 9 p.m. or 10 p.m., depending on the day.