Monday Morning TL;DR: When You Play The Game of Cones You Either Win or…Eat Ice Cream

All the news from the food world that you were too busy to read. 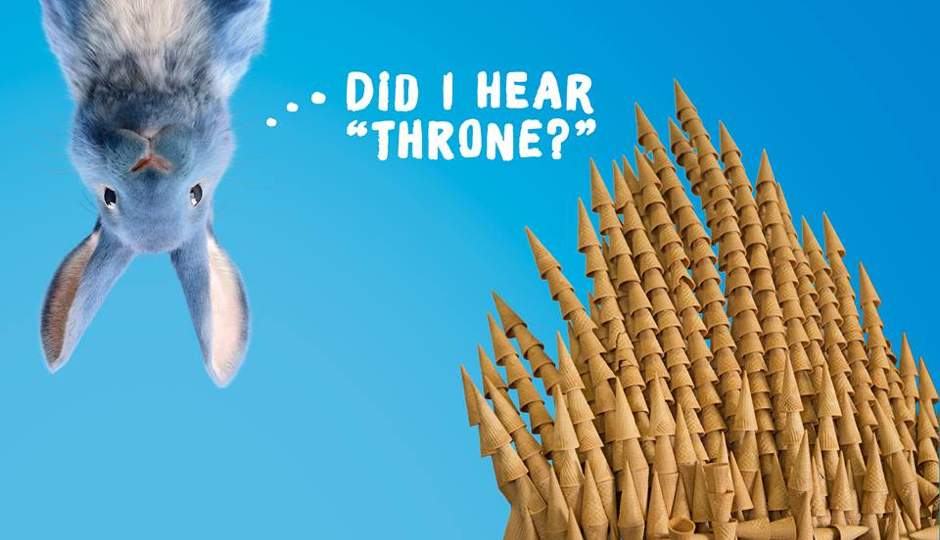 Happy Monday, everyone! If you’ve found yourself here once again, it’s probably because you heard someone made an Iron Throne out of ice cream cones. Or that we’ve got some information here on pairing wine and weed. Or maybe you were just wondering what a highway covered in 7,500 pounds of slime eels looks like.

Whatever it is, we’ve got what you’re looking for. So let’s begin with…

Yes, Blue Bunny (the ice cream company) made an Iron Throne out of ice cream cones. Yes, there are pictures. Yes, I’m guessing the staff were pretty excited about the season 7 premiere yesterday, too.

It’s easier than you think: Sativas with white, indicas with red, and make sure there are plenty of snacks. Over at The Salt, they’ve got a look at California’s two favorite intoxicants and how they’re being paired in this new, weed-friendly economy.

Did You Ever Wonder…

…what a highway covered in 7,500 pounds of eels might look like? If so, you’re weird. But if you’re thinking about it now, we can show you. It looks like this — after a truck full of slime eels (aka hagfish) overturned in Oregon.

It began with a soccer match (like almost all modern European atrocities do) and has included fist fights, snowball fights, arrests, mockery and legal action. This is the story of two Belgian candy-makers who have turned a local farmer’s market in Ghent into their own personal candy-coated battlefield.

Oh, and funding for Planned Parenthood, too (natch). The asshole in question? Steve King, the Republican representative from Iowa, who wants to bolster the $1.6 billion spending bill recently introduced, with an additional $5 billion taken from Planned Parenthood and the rest from the food stamps program — which, according to King, is just for lazy people anyway. Plus, it’s making them fat. And that (apparently?) is un-American.