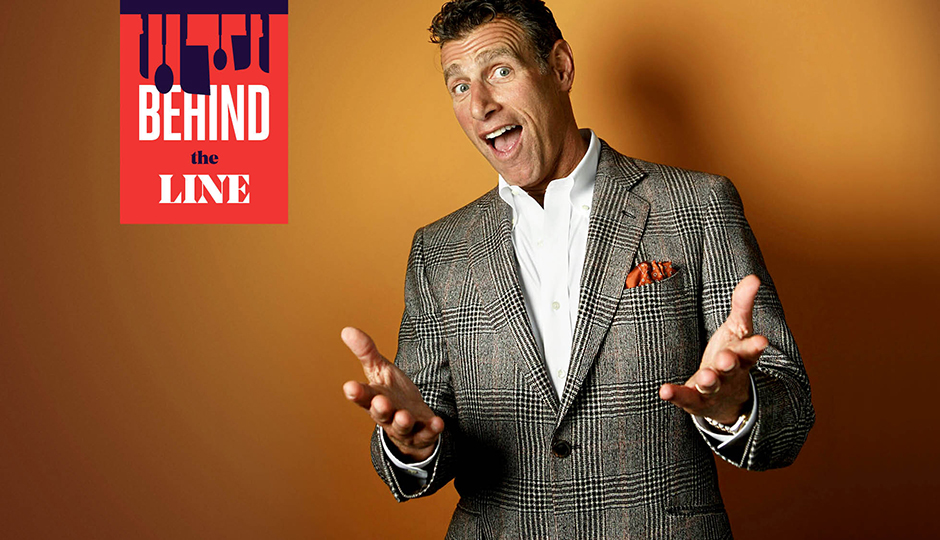 Behind the Line is Foobooz’s weekly interview series with the people who make up Philadelphia’s dynamic bar and restaurant scene. Click the links for previous Behind the Line interviews with Marc Vetri and Michael Solomonov, or to see the full archive, go here.

In honor of National French Fry Day, we thought we would check in with the progenitor of those massively popular crab fries, Chickie’s & Pete’s owner Pete Ciarrocchi.

I grew up in… Northeast Philadelphia. I barely graduated from Northeast High in 1975. I actually took two cooking classes each day so I could stay out of other classes. The only reason I passed was because I was funny and also because my teachers knew I would never go to college, so what was the harm in passing me?

The current Chickie’s & Pete’s count is… 17 stand-alones, or, should I say, full-service restaurants. That’s inclusive of what we have at the airport. And then we have numerous spots at amusement parks, boardwalks, stadiums and arenas.

Chickie’s & Pete’s started out as… a neighborhood bar at Robbins and Frankford in Mayfair. It’s still there. We opened in 1977. My father used to hang out at the bar that was there before. Have a few pops. One day, the owner wants to sell. “What do you think about buying it?” he asks my dad. “I don’t know nothin’ about the restaurant business,” says my dad. So my dad asks me. I’m 19. I tell him, “I know how to drink, and that’s about it.” Well, my Uncle George worked at a shot-and-beer bar at 1002 Arch and told my dad, “You’re my brother. I’ll teach you everything I know.”

In the old day’s, Chickie’s & Pete’s was… a man bar. Women weren’t allowed through the front door.

The name comes from… my mom, Chickie, and my dad, Pete Ciarrocchi Sr. My mother wasn’t keen on the idea of a taproom, so my dad put her name first. He ordered a sign from this guy Frank. It was $1,500. Shows up with the apostrophe in both names. My dad tells him he can’t use the sign. He says, “Frank, I’ll give you $500.” Eventually, they do it for $750. People still correct me on that apostrophe all the time.

On National French Fry Day… we will sell crab fries for $1 at some locations and that $1 goes to the F.O.P.’s Survivors’ Fund. And $5 personal pitchers of beer, and that $5 goes to the fund. And we’re making lunch for three police stations as well. Where would we be without the police keeping our city together? 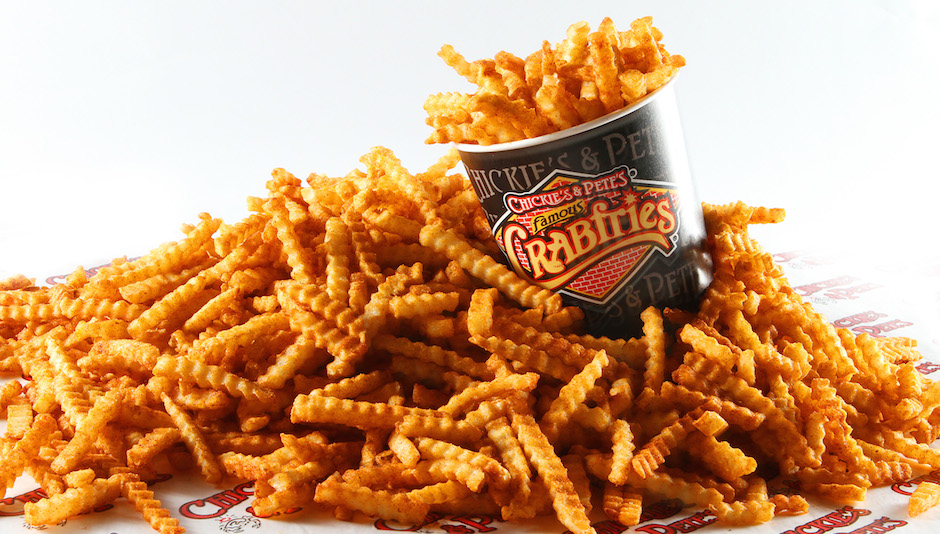 If you wanna serve crab fries at your restaurant… you can’t. It’s a registered trademark. Check with the federal government. We own it and hold it very close and dear to our hearts.

Coming to my house for dinner? I’ll cook… nothing. I’m not allowed in the kitchen. My wife is an excellent cook.

Ten years from now, I hope that Chickie’s & Pete’s will be… in every stadium in the U.S. Most products are very singular, like sandwiches. It’s for one person. My crab fries are built for sharing.

People would be surprised to know that I don’t eat much… Italian food. I’m gluten-free, so no pasta. It’s just a choice of mine. Fortunately, my crab fries are gluten-free. Actually, most of the menu is. The seafood. The wings. Don’t get me wrong: I love going to Macaroni’s in the Northeast or Chef Vola down the shore, but when I’m there, I’m getting steak.

The one thing I put on the menu that wouldn’t sell was… rice pudding. I love rice pudding. They said, No one eats rice pudding! I put it on selfishly. I don’t think we can count on two hands how many orders we sold. But when I got to Chef Vola, he has rice pudding!

If I weren’t doing this, I’d be… a contractor. They always have the upper hand. They can do no wrong. They charge what they want. You’re just stuck. They come out and do something and if they make a mistake, it costs you more money. Even when it’s their mistake! If you complain, too bad. Contractors don’t care!

Wawa is… amazing. Their business plan is incredible. They don’t do anything great, but they do everything OK, and they do a lot of it. My son goes to Boston College, and when he comes home, he’s gotta go to Wawa. They’ve branded a whole generation of people to Wawa. 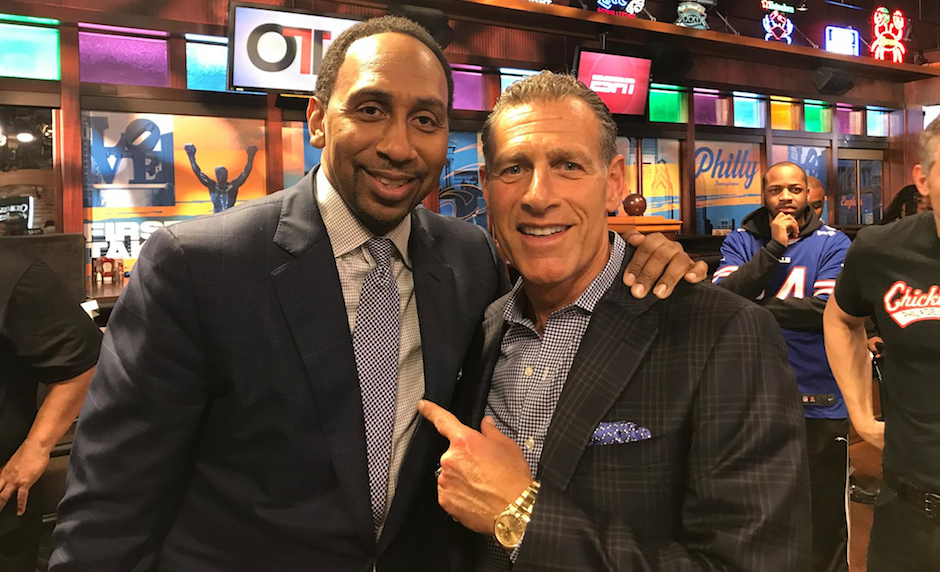 Pete Ciarrocchi at Chickie’s & Pete’s with loudmouth Stephen A. Smith

Yelp is… for people with nothing better to do. I’m being kind.

The best thing about my job is… my relationships. I have 1,800-plus employees. I watch them grow and thrive, have families. Someone gets sick, everybody goes to help. Someone comes up short, people step in.

The worst thing about my job is… when I missed so much of my children growing up. I don’t know if I could have built this without missing those dinners and games, but sometimes, those are just the sacrifices you have to make. And I’m trying to make up for that now.

I always tell my employees… make the customer happy. Don’t let anyone get on the Internet. Fix it here. Fix it immediately.

One Philly restaurateur I really respect is… Michael Schulson. He works so hard and has a great product.

If you want to get fired from Chickie’s & Pete’s… steal. My employees eat and drink for free every day. No beer or booze, of course. That’s one of the perks. So don’t steal. My father used to say, Let them eat. They’ve been around delicious food all day, and they’ll probably just take it anyway. I show my employees a straw and tell them I probably get ten for a penny. If you take one straw home, that’s stealing. If you ask me for it, I will probably give you a case.