Bartenders at three Philly watering holes say he ran up tabs this week and then didn't pay. 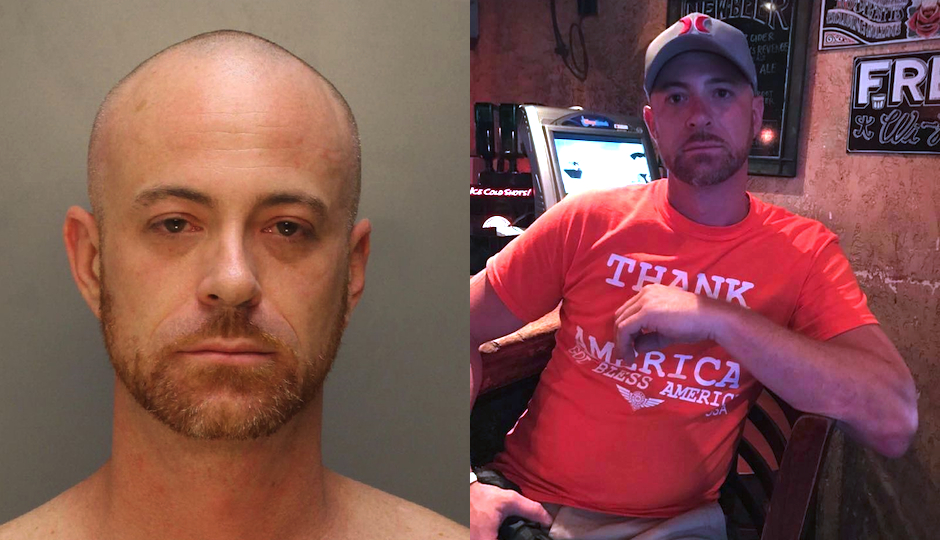 It’s been a while since we had a good tale of a person allegedly dining and dashing (or drinking and dashing) from Philly bars and restaurants. But lo and behold, we give you Aspen James.

This illustrious citizen has been accused of running up tabs at three Philly bars recently and leaving without paying. We tried our best to reach James for comment, but we were unable to do so, and he did not respond to multiple messages we sent to his Facebook page.

The most recent incident occurred on Thursday night at Manny Brown’s on South Street. According to Manny Brown’s bartender Gina Zito, James showed up around 6 p.m. and stayed there for about an hour and a half. Zito says he drank double Southern Comforts on the rocks and Yuengling Lager drafts before switching to Allagash Curieux and then “buying” himself and the table behind him a round of three shots of something-we-don’t-want-to-ever-drink called “apple sauce.” And then the trouble began.

“He tried to ‘go smoke a cigarette,’” says Zito. “So the other bartender told him he had to leave cash. He said he had to go to his car to get it, so my friend and the other bartender followed him outside. He pretended to get into a car that obviously wasn’t his about a block away. At this point, my friend was already on the phone with the cops. He said he must have left his keys on the bar, so he came back in to ‘look for them.’ Comical at this point. He kept trying to leave, but we were pretty persistent. We grabbed a cop off the street, and about ten minutes later, two other cops showed up.”

According to Zito, the cops wanted one of the bartenders to come down to the police station to fill out a report. She says none of them were available to go, so James was sent on his way without being arrested or charged — but not before the staff was able to snap the above picture of him, which they’ve blasted all over Facebook.

Taproom on 19th owner Michael Strauss claims that James paid his bar a visit the day before, on Wednesday, around 1 p.m. Strauss says that James had some Yuengling Lagers, a few Southern Comforts, a pickle plate, and fries, and that he bought a woman at the bar a drink. And then … yep, he allegedly went out for a smoke and never came back.

“This dude just beat me on an $80 tab at Taproom today,” wrote bartender Brian Padgett on Facebook on Wednesday afternoon, sharing a photo of James that he found on James’s Facebook page. (Apparently, James is giving people his real name when asked for it in the course of casual conversation.) Police were not called that day, but Padgett told Philly Mag that he intends to speak with investigators on Friday.

And Rachel Britcher, over at Dos Segundos on 2nd Street in Northern Liberties, claims that James recently walked out on his tab there as well. She says that James told her that a friend was meeting him, but the friend never showed. According to Britcher, “James ate, had a drink, then just walked out. No payment of any kind.”

According to the Philadelphia Police Department, James has never been arrested for walking out on his check anywhere in the city. But he was arrested in Northern Liberties in June.

Police say he was stopped on the 1000 block of North Bodine Street inside a stolen vehicle. He was charged with receiving stolen property and unauthorized use of a vehicle and released on $1,500 bail.

James also has a string of arrests throughout Pennsylvania dating back to 2002, and he was once listed as a fugitive in Pennsylvania, according to court records.

So if you see James walk into your bar and order a SoCo and Lager, first, tell him he needs to work on his taste in alcoholic beverages. And then send him on his way.