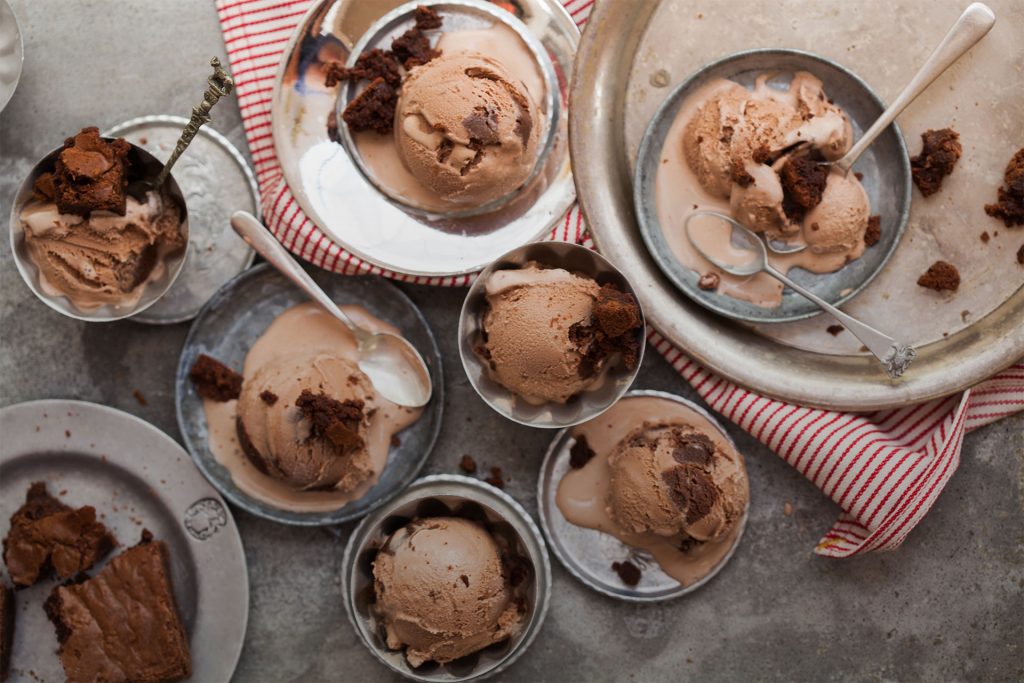 So here we are again. Another Monday morning, the start to another week. And if you’ve found your way here, it’s probably because you’d like to know more about the Whole Foods/Amazon deal, the etiquette of European food fights, that Japanese restaurant that makes you fish for your dinner, or the changing menus at Panda Express.

But let’s start with something that we can all agree is awesome: Ice cream. Here’s how Salt & Straw, a Portland-based “ice cream laboratory” (eye roll…), is making new ice cream flavors out of garbage.

Sure, but are they putting a bird on it?

Salt & Straw, an experimental ice cream retailer in Portland, Oregon, has done some weird stuff before. They’ve made smoked ham-flavored ice cream and fish sauce caramel. But now, in order to make some kind of point that I can barely see through the fog of goofiness and misguided whimsy, they’re partnering with an organization called Urban Gleaners which collects useable food waste, and turning those leftovers into ice cream that will be sold at their locations in Portland, Los Angeles and San Francisco. All kidding aside, it’s cool that they’re using this stunt to put a spotlight on child hunger and donating a bunch of money to Urban Gleaners (which works to combat it). But also, I’m not sure if I want to eat ice cream made out of sunchokes and vegan mayonnaise. Just sayin’.

Amazon Just Got One Step Closer To Owning Everything

On Friday, Amazon announced its intention to buy Whole Foods Inc. for $13.7 billion dollars. And while Mother Jones has a pretty solid breakdown of the four most important things you need to know about this deal (Amazon wants to sell you all your food, it wants to do it automatically, it’s going to put a lot of people out of work, and will forever change the game when it comes to grocery shopping), all you REALLY need to know was summed up in a single tweet from Dennis Berman of the Wall Street Journal.

Amazon did not just buy Whole Foods grocery stores. It bought 431 upper-income, prime-location distribution nodes for everything it does.

Apparently, epic food fights are just a part of growing up in Europe. I had no idea. But the crew over at Eater Netherlands has compiled a list of some of the worst Euro-food-fight horror stories they could gather. Like the time in Italy that 70 people ended up in the hospital after an orange fight. Or the girl who ended up in the ER after getting hot cheese in her ear. But hey, like the old saying goes, “It’s all fun and games until someone gets hot cheese in their ear.”

You guys know Panda Express, right? It’s that mall food court Chinese restaurant that serves candy-coated orange chicken and stands, more or less, as the definition of Americanized Chinese food. But guess what? Things are changing at the Panda. To wit:

Take the chain’s single most popular dish, orange chicken. It makes up a third of its sales, but it’s not a traditional Chinese recipe: Developed in the 1980s, the dish actually sprung from a blend of cuisines that Panda Express’ then-head chef had tasted, both in China’s Sichuan province and in Hawaii.

Though orange chicken is often derided as “inauthentic,” Cherng believes the dish honors the food of her family because it evolved to suit its surroundings, just as her own immigrant parents did when they first moved to America in the mid-1960s.

So she and her team have been looking to the cuisine her friends and family grew up on to discover the next orange chicken-like hit.

That’s a quote from the big piece that NPR’s The Salt just did on Panda Express’s attempts at changing its menu to better suit the changing tastes of American mall rats. And the weird thing? They’re looking at becoming more authentic, not less. Although, honestly, you might feel a little differently about the whole “authenticity” debate after reading this.

Teach a man to fish…

In the history of ridiculous restaurant ideas, this one–a Japanese restaurant opening in Chelsea where customers will get to fish for their dinner–is certainly in the top five. It’s so laughably terrible I feel like I already saw it on an old Simpsons episode. And yet, it is real. Terribly, humiliatingly real.