The culinary blowout is a dual fundraiser for Alex's Lemonade Stand and Vetri Community Partnership. 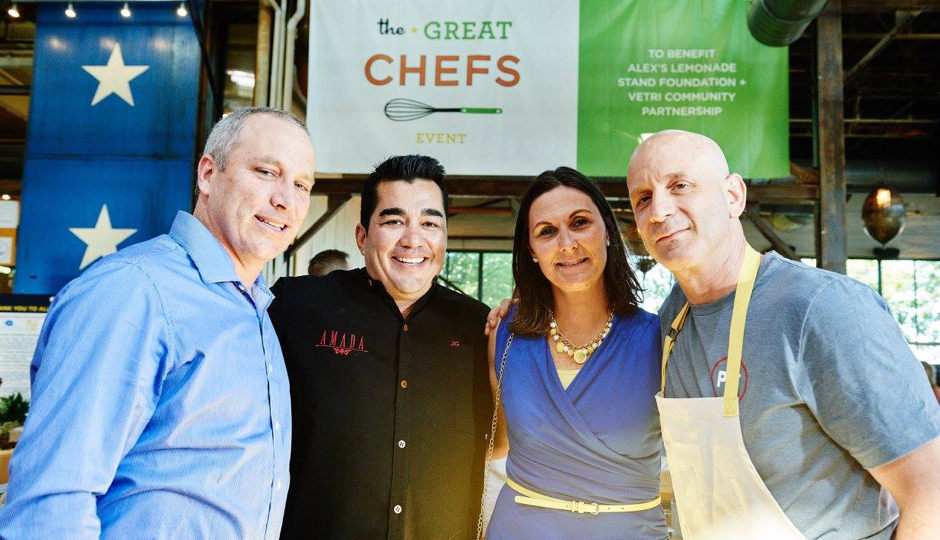 Marc Vetri’s Great Chefs Event, which brings the nation and region’s hottest chefs together for a night of curated food and drink benefiting the nonprofit Alex’s Lemonade Stand Foundation and Vetri Community Partnership, is back for its 12th year on Tuesday, June 20th.

Taking place in the Urban Outfitters corporate campus at the Navy Yard, this year’s event boasts more than 40 luminaries of the food and drink world from across the country, with culinary stars like Hugh Acheson, Ryan Poli, and Alex Guarnaschelli serving up bites.

The festivities also include a silent auction and, following the main event, an after party in Urban Outfitters Building 3, with chefs like Solomonov and Jose Garces rubbing elbows with guests and entertainment provided by Philly rapper Schoolly D.

Vetri and business partner Jeff Benjamin’s philanthropic efforts started in 2006, when they held a dinner at The Restaurant School featuring dishes from eight local chefs for 100 guests and raised $50,000 for the Alex’s Lemonade Stand Foundation. And their efforts have grown exponentially: last year, the Great Chefs Event brought in $700,000 for both Alex’s Lemonade Stand and Vetri Community Partnership.

The main event starts at 6 p.m. on June 20th. General admission tickets go for $350 and After Party Access tickets for $525. You can get yours here.