Monday Morning TL;DR: This Is the Craziest Way to Get a Free Shot of Whiskey

Your weekly roundup of news from the food world that you were too busy to read. 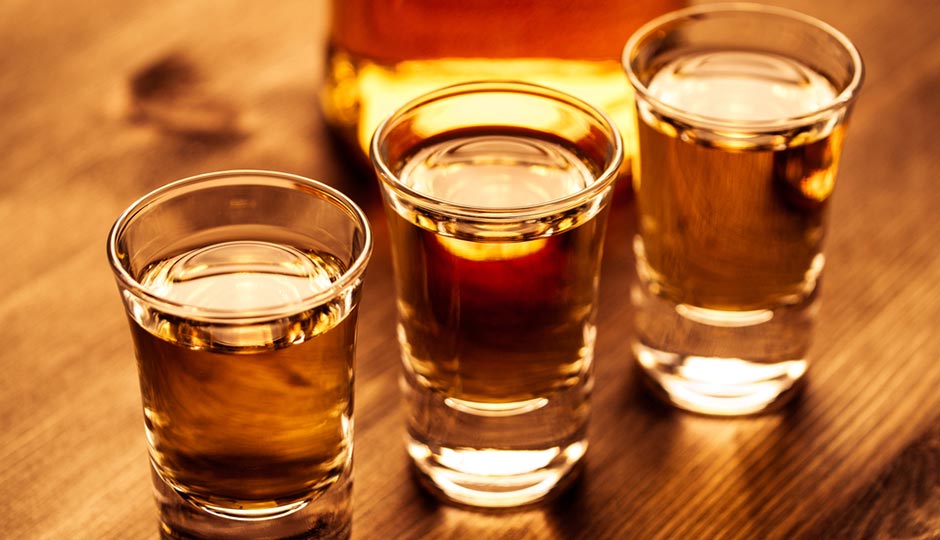 Welcome to another Monday and another week here at Foobooz. If you’ve found your way here, it’s probably because you want to know more about the “Trump 10”, the naked onion terrorist in Pittsburgh, or how to get a free shot in Thailand (hint: it isn’t worth it).

But we’re going to start off this week with something that everyone wants to know about: weed pizza.

Okay, so here’s the deal. We know that there are states out there that are more enlightened than our lovely commonwealth — places where you can run down to the corner and buy weed legally whenever you want. And of course, along with the weed comes edibles — marijuana-infused baked goods and candies which give you all the high with none of the smoke. But one area that many of these states have been lagging behind? Incorporating weed as a full-fledged ingredient in food. But if you happen to live near Quincy, Massachusetts, you’re in luck because there, at a dispensary called Ermont Inc., they’ve built a restaurant-quality kitchen and are now selling frozen weed pizzas. The guys over at Munchies (natch) have all the details.

The Social Cost Of Eating At Chick-fil-A

If you’re serious about food, you’ve had this argument before: Is it okay to eat at a restaurant if you disagree with its politics? Okay, okay… But what if the chicken sandwiches are really, really good? Over at Eater, Ryan Sutton gives this question the weight and seriousness it deserves, going deep on the fast food chain which most often inspires this argument: Chick-fil-A, the family-owned, heavily Christian, anti-LGBT, pro-conversion therapy fried chicken restaurant.

You’ve heard of the freshman 15, right? Well now we live in a universe where the “Trump 10” is also a thing — 10 extra pounds of weight packed on due to stress-eating over the hijinks and insanity of the current occupants of the White House. The Salt takes a look at the truth and fiction, talking to actual experts and polls, and finds that, yeah, it might really be a thing. The most shocking finding? In a recent poll by the American Psychological Association, more than half of Americans are reporting increased stress as a result of current events and the political climate (party notwithstanding), and that’s a huge number.

Yuba Sharma doesn’t like onions. When he found onions in his food at the All India buffet, he did what any sane, rational, reasonable person would do–said he had a gun, threatened to kill the owner of the restaurant, then dropped his pants and showed everyone his dick. Tell me you would’ve handled the situation any different.

This Is The Craziest Fu@$ing Thing I Have Ever Seen

I don’t care how badly I need a drink. I don’t care how broke I am. I don’t care how drunk I might already be when it comes up. There is no way in the world I would ever participate in the bar game played at Mong Bar in Thailand. It goes like this. You know the knife game? The one where you put your hand down flat on the bar and someone tries to go between your fingers with the tip of a big knife? Yeah, same deal here, except that the bartender gets to use a knife, an axe, a cleaver, a hammer, a FUCKING POWER DRILL. If you do it, you get to drink a free shot of cheap whiskey. And maybe lose a finger. There’s video, of course. You shouldn’t watch it. I’m gonna go crawl under my desk and drink myself unconscious now.