Vetri’s Navy Yard Restaurant Gets a New Name and Concept

After three years on the scene, Lo Spiedo will turn into Bar Amis later this month. 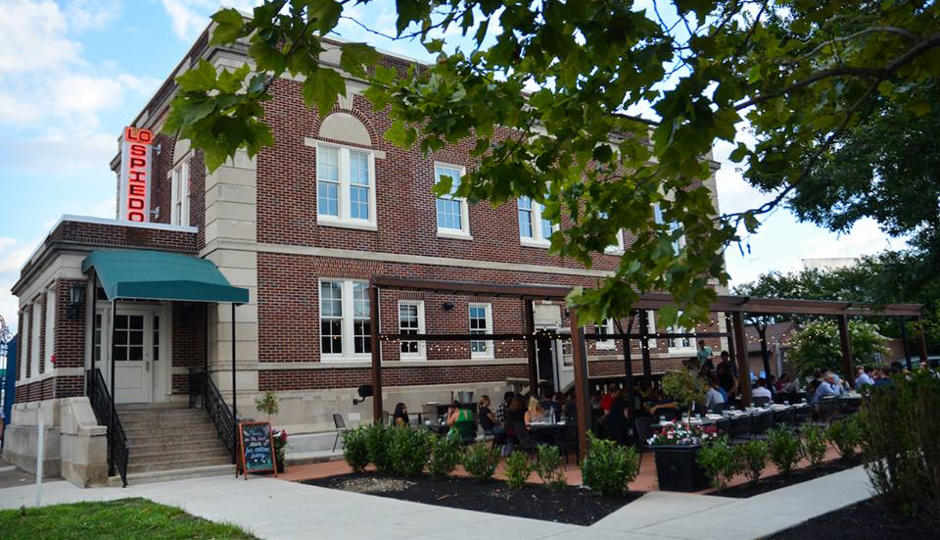 Lo Spiedo was always a solid enough concept for the Navy Yard. It was a back-to-the-basics approach by the Vetri Family culinary team, where a casual American menu centered itself around the kitchen’s custom-built spit and wood-fired grill. According to co-owner Jeff Benjamin, lunchtime was great for the restaurant — so was happy hour — which makes sense if you consider the 12,000-or-so employees working at the Navy Yard complex.

But when the Vetri higher-ups sat around the boardroom to brainstorm ways to grow its dinner crowd, Brad Spence (the chef-partner behind Amis) proposed a name/concept-change: Bar Amis.

The 13th Street trattoria, after all, is one of Marc Vetri’s more-beloved concepts here in Philly. It’s got some serious name-recognition, especially since Anthony Bourdain filmed there in 2010. Benjamin adds, “Amis is the only Vetri location that doesn’t do private dining.” Due to limited space at the restaurant, those who want to throw private parties or events at Amis would have to look elsewhere in the company. “Saying no to customers makes us cringe.”

So, they went with it. According to Benjamin, June 23rd will be Lo Spiedo’s last day at the Navy Yard. They’ll give it a small cosmetic makeover over the weekend and reopen Tuesday, June 27th. The bi-level restaurant will be split between the bar area (downstairs), and the dining room (upstairs). The outdoor patio will, of course, stick around for the warm weather — it’s even getting some new TVs.

When it reopens, the kitchen (helmed by Jared Frazer) will put out a menu similar to that of Amis’s: bruschettas, homemade pastas, cured meats, antipasti, and bigger, Roman-style entrees — this time with some added wood-fired flair.