The former Piazza in NoLibs is going through a massive makeover and Urban Village is the next step. 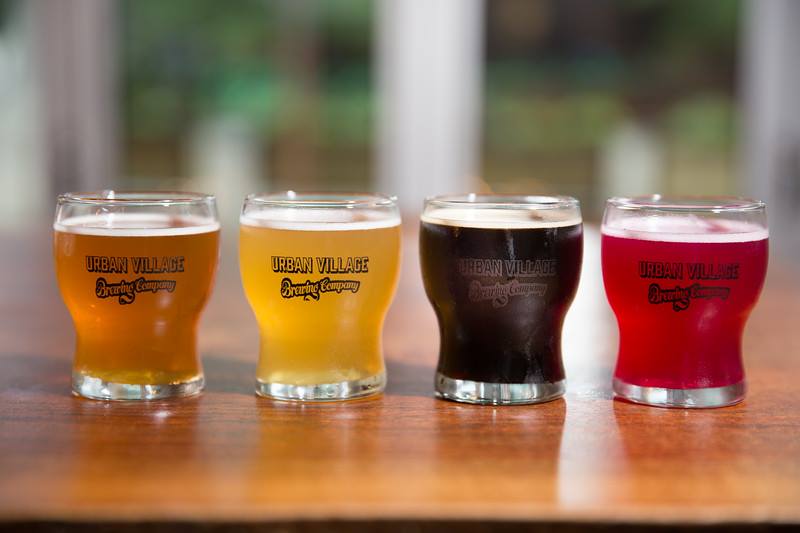 This is Urban Village, a new brewpub and pizza joint which stands as the latest attempt at bringing some life to the old Piazza in Northern Liberties (now called The Schmidt’s Commons).

Urban Village opens today (June 1) with a menu made up of “hyper-seasonal” small plates, plus brick-oven pizzas. The beer is crafty and seasonal. The spirits behind the bar are local, there are Pennsylvania wines by the glass, and the employees are all called “Urban Villagers” — which, I imagine, is gonna get old real fast.

But hey, let’s stay positive here, right? The opening of a new brewpub in this town is always good news. And this one has some interesting things going on inside — from the “one-of-a-kind” Berliner-Weiss called Beets by J made by head brewer Dave Goldman from 300 pounds of beets to the smoked wings, 10 kinds of pizza and big bowls of mussels being turned out by a kitchen under the command of Chris Davis, ex of Barbuzzo.

The place is big — 5,500 square feet, seating 155 inside and out. There are fire pits, a big, central bar and both an open kitchen and brewing operation. There’ll be a constantly-rotating lineup of beers moving through the 12-tap system. And Davis is taking some risks in the kitchen, which is nice to see. He’s doing his own bread in-house, offering pizzas topped with roasted octopus and garlic scapes (the Olivia), brisket and fresh horseradish (the Becca) and fennel pollen with almond cream (the Fiona). Full menu here.

The Urban Villagers are hard at work right now, handling their first day of business. Going forward, the place will be open daily, from lunch time to late at night.