Your weekly roundup of news from the food world that you were too busy to read. 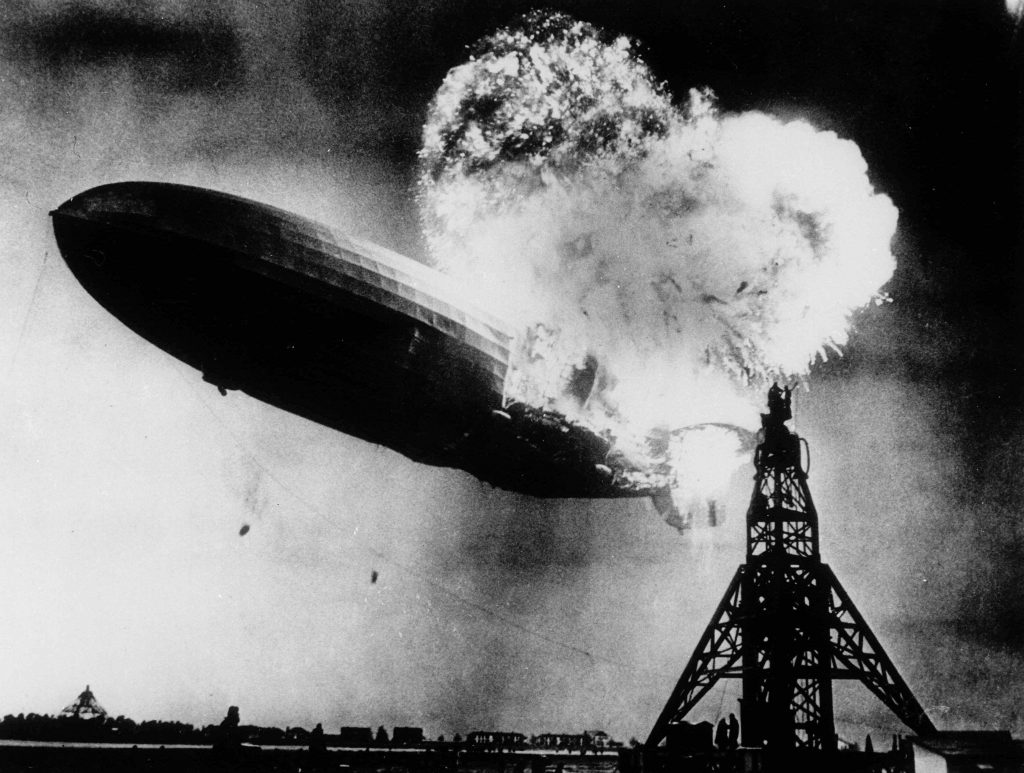 It’s Monday morning, and if you’ve found yourself here yet again, it’s probably because you want to know about eating dogs in China, gas station botulism, and how avocado toast is ruining the housing market (at least according to one idiot).

But let’s start this week with something that you’ve always wanted to know: What they were eating on the Hindenburg right before…well, you know.

Over at NPR’s The Salt, they’ve got the inside scoop on a story that’s 80 years old — namely what was on the menu when the Hindenburg was the last word in swanky in-flight dining. See, the giant airship (before becoming synonymous with enormous, fiery disaster) was the vessel of choice for well-heeled swells looking to make a transatlantic voyage in record time. The Hindenburg could cross the ocean in two and a half days — faster than any ocean liner — and would serve its passengers several meals during the trip. This was handled by a chef and full kitchen crew, working in an all-electric kitchen, offering dishes like “Beef Broth with Marrow Dumplings and Rhine Salmon a la Graf Zeppelin.” There was also an impressive bar menu ($1.50 for a martini or a whiskey sour), a 250-bottle wine list, and the thing that surprised me the most: a smoking section. On the Hindenburg. Oh, how times have changed…

Guess what they’re not going to be serving this year at the Yulin Lychee and Dog Meat Festival in Yulin, Guangxi, China? Dog meat! According to the crew over at Munchies (and many other sources), the Chinese government has temporarily banned the sale of dog meat at the festival. Which is an improvement over last year’s rules, which merely banned people from killing and butchering dogs right on the street. And before you cultural purists out there start getting your undies in a bunch, it should be noted that this isn’t some kind of ancient festival that’s been going on for centuries. The Dog Meat Festival began in 2010 because (of course…) someone in the neighborhood decided that eating dog was excellent boner medicine. But guess what? It isn’t. It’s just another animal protein that people get very upset about because dogs are cuter than chickens. But hey, you know who this new law will be really good for (other than the dogs)? The lychee vendors.

According to the newest Harris Poll, Five Guys is now America’s favorite burger chain, beating In-n-Out in the 2017 rankings. For the record, Americans (or at least the ones who voted for Five Guys) are wrong. That’s not an opinion. That’s fact. In-n-Out rules. Screw anyone who says different.

In news that is surprising to absolutely no one, there’s been a botulism outbreak in the United States. Guess where it came from? Gas station nachos. Which, to me, simply means that evolution is working precisely the way it’s supposed to. You choose to eat gas station nachos, you’re dancing with the devil, baby. You’re playing digestive Russian Roulette with three bullets in the cylinder. And while I think it says something remarkable about the American character that people are so trusting of their fellow man (and so confident in their belief that nothing bad will ever happen to them) that they’re willing to eat warm cheese from a vat with their fingers without someone daring them to or offering fabulous prizes to those who survive, I also think it says something about those willing to take that chance. I mean, what was it that made the urge for gas station nachos so overpowering? Knowing what any normal human does (that lukewarm cheese prepared by gas station attendants, while not absolutely deadly, certainly carries a greater risk to your colon than, say, NOT eating gas station nachos), why did you take the chance? Why did at least five people take that chance? Are these the same kind of people who vote for Five Guys over In-n-Out in a poll of favorite burgers? Are there just some people out there who, when presented with two options, will always choose the worst? I dunno. People are weird. The takeaway here? Don’t fucking eat gas station nachos. And if you have to be told that, maybe just don’t leave the house.

Finally this week, there’s this: a ridiculous story about a ridiculous man saying a ridiculous thing. Namely, that millennials aren’t buying houses like past generations because they eat too much avocado toast. No, seriously. That’s what he said. Tim Gurner, a 35-year-old “real estate mogul” in Melbourne told Australia’s version of 60 Minutes this:

“When I was trying to buy my first home, I wasn’t buying smashed avocado for $19 and four coffees at $4 each,” he said. “We’re at a point now where the expectations of younger people are very, very high. They want to eat out every day; they want travel to Europe every year.

“The people that own homes today worked very, very hard for it,” he said, adding that they “saved every dollar, did everything they could to get up the property investment ladder.”

So yeah. Avocado toast. And all those trips to Europe. That’s why millennials aren’t buying houses. As is only appropriate here, social media went bonkers and ripped this guy to pieces. And you can read all about it courtesy of The New York Times.