Our Favorite Cheesesteak Returns Tonight in All Its Beefy, Saucy Glory

Proceeds from sales of the locally-sourced steak will go to Broad Street Ministry. 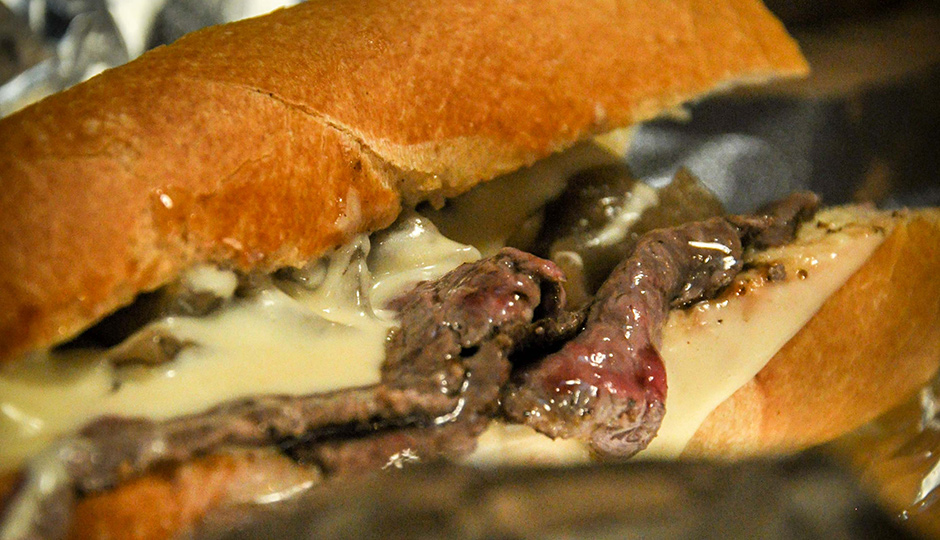 The FrizWit | Photo by A Few Fishies

The FrizWit — the cheesesteak that we called the city’s best last year — is back tonight, popping up at Garage in South Philly.

And to make great news even better, 100 percent of proceeds from tonight’s sales will be donated to Broad Street Ministry’s radical hospitality program.

Ari Miller, the man behind pop-up dinner party service Food Underground and the grassfed cheesesteak king of Philadelphia, hasn’t done a FrizWit event in several months — he’s been working on a private chef project since January — so it’s a real treat to have him back in the cart.

Miller conceived the FrizWit along with Primal Supply Meats butcher Heather Thomason, who supplies the sandwich’s thinly sliced, frizzled beef (from pasture-raised, 100 percent grassfed Pennsylvania cows, of course). The rolls come from south Philly’s iconic Ba Le Bakery, and the cheese sauce is made with Hidden Hills Dairy’s silky, savory Buttercup cheese and Sly Fox’s 360 IPA. Charred and caramelized onions complete the sandwich, which we voted our favorite in Philly in 2016.

Miller doesn’t have another FrizWit on his schedule in the foreseeable future, so get your fix while you can.

Tonight, FrizWits will go for $12, with all proceeds going to Broad Street Ministry’s Pasture to Plate fundraiser. Sales start at 6 p.m. and go until 10 p.m. or until they run out, whichever comes first.