Do You Believe in Magic? Palizzi Social Club Reviewed

Joey Baldino's members-only supper club is a place you have to experience for yourself. But I'm not supposed to tell you that. 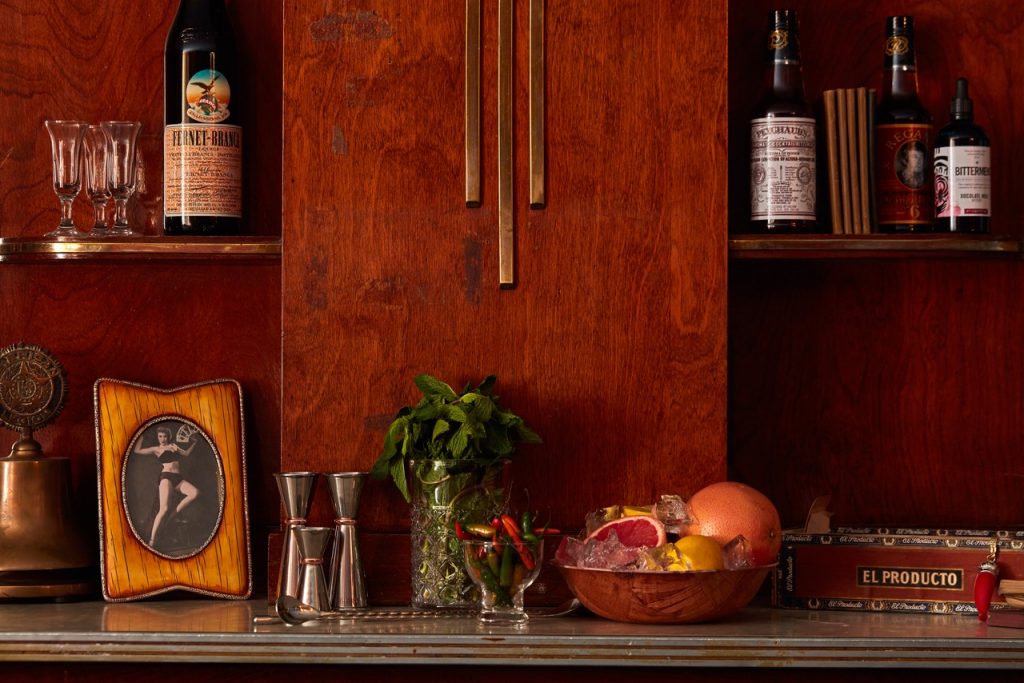 You know it’s open when the neon is on, glowing gently in the window of a rowhouse on 12th Street just off Passyunk Avenue. You know you’re in the right place when you see the door with no knob, the buzzer, the little window with the eyes behind it, and hear the voice asking if you’re a member.

Order This:The raviolo, absolutely, and every time you go. The spiedini if you’re sharing with friends, and the spaghetti with crab if you want something all for yourself.

The club, in its original incarnation, opened in 1918 in this same space, with membership limited to immigrants from a single town—Vasto, in southern Abruzzo. For nearly a century it remained a private Italian social club that, eventually, counted Joey Baldino’s family among its members.

First time through, the doorman takes 20 bucks off me, then my ID, and asks me to fill out an application. When it’s done, he gives me a membership card and shakes my hand. “Welcome to the club,” he says.

The menu is small, tight and interesting. Not overcomplicated. It’s timeless Italian, neither modern nor regressively traditional, served in a style that encourages either sharing or gluttonous abandon. There are spiedini off the grill, the swordfish dressed just in lemon juice. The beans and greens are like eating a dozen memories of weddings, funerals and graduations: the escarole tender, the cannellini adding texture, the garlic so powerful that you can smell it coming from halfway across the dining room. The Caesar salad is served in one of those patchwork brown wooden bowls your grandmother had in her cupboard for 80 years, and is tossed with strips of anchovy and huge croutons.

When Joey Baldino decided it was time to open a restaurant in Philly (he’s already chef at Zeppoli in Collingswood), Palizzi must have seemed like an obvious choice. It’d been mostly closed for some time, lit up only occasionally by his uncle for a couple of friends he knew. So Joey became president of the Palizzi Social Club and decided that rather than keep membership to close friends and family, as had been the case for nine decades, he would turn the place into a members-only supper club. And as a private club, Palizzi comes with certain rules: dress nice, no hats, no reviews (oops … ), no photos, and don’t be a dick. He wanted to keep it quiet, local, small.

But things haven’t quite turned out the way he planned.

The news about Palizzi being open to new members caused a spike in applications so extreme that PayPal temporarily suspended the club’s account and shut the whole thing down. When I get my membership card about two months into Palizzi’s run, it’s number 001568.

Palizzi is old in a way that can’t be faked, with a century’s worth of history dug into the grooves of the floor. There’s a sweet hi-fi shoved off in one corner, by the service station. The servers have to walk by it every time they want to get to the iPads they use to place orders. 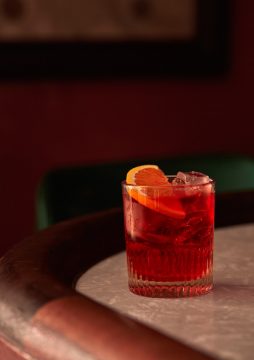 On a Thursday night, Palizzi is packed. I have to wait for a seat at the bar, and wind my way past the house band—two old Italian men playing guitar and mandolin—to get there. The crowd is boisterous, filling the place with laughter and raised voices. The kitchen serves stromboli with imported pepperoni as an appetizer, made in a loaf as long as my forearm. The spaghetti with blue crab is good but almost deceptively simple. It’s a grandmother kind of dish, basic and delicious, refined but not showy.

It’s quiet on a Sunday, more relaxed, and everyone seems to know everyone else. I have sausage with fennel and Calabrese chilies, and ravioli Vasto, stuffed with spinach, ricotta and egg yolk. It’s almost big enough to wear as a hat, resting beneath a snowfall of grated parmesan. And I mop up every trace of the yolk and butter with bread until the plate is as clean as it was when it came out of the dishwasher.

On a normal night, Palizzi is good—an odd, crowded little clubhouse full of excellent food and strong drinks. But on a great night, when the kitchen’s rocking and the band plays Louie Prima and the crowd all spontaneously starts to clap and sing along, it’s something like magic. Sure, the rules are a bit of a drag. They’re half a gimmick, half a necessity, and if they bug you that much, don’t come. No one’s forcing you, and it’s not like you’ll starve for raviolo and braciole in this town without Joey Baldino’s versions. But personally, I’m cool with the extra complications when the thing on the other side of the door is worth it. And at Palizzi, it is.

So Joey, I’m sorry. I know the rules say no reviews, but I can’t help myself. A place like this? I’m congenitally incapable of not talking about it. It’s not that I can’t keep a secret; it’s just that, in this case, I refuse to.

If that means I have to surrender my membership card, I’m cool with it. I broke the rules. I knew what I was doing. And even though I’d really like to come back someday, I have no regrets.

Some things I just can’t keep quiet about. And Palizzi is too good to keep secret.

3 Stars–Come from anywhere in the region