Is a Hotel-Restaurant Revolution Afoot in Philadelphia?

How a spate of new boutique hotels could transform our hospitality scene. 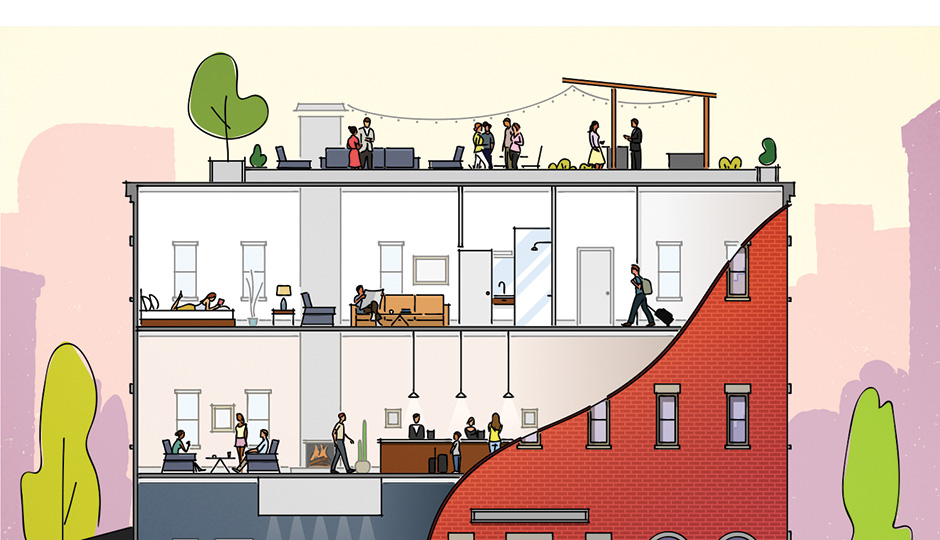 We Philadelphians haven’t had much of a relationship with our hotel restaurants, at least not since the heyday of Fountain at the Four Seasons. Yeah, when Jean-Marie Lacroix left there to open his eponymous restaurant at the Rittenhouse in 2002, we followed, but only for a few years. We just don’t hang at our hotels the way people do in New York, Miami and D.C. And maybe that’s because we haven’t had any reason to.

Hotel operators tend to drop in half-assed concepts that don’t add much to our scene — restaurants that do the job of feeding tourists but rarely appeal to native diners. In just the past few months, the Rittenhouse brought in Scarpetta, a vapid (at least by Philly standards) Italian mini-chain out of New York, while the Ritz opened the generic (and overpriced) Aqimero in its bank-vault lobby. Why even bother?

Maybe boutique hotels will be our saving grace. “To me, ‘boutique’ implies an independence from an organization — a place that puts you in the frame of mind of what it’s like to live in Philly,” says Randall Cook, who along with developer David Grasso owns three hotels — two of which are under the Roost apartment-hotel brand. You may have been to their third without even knowing it: Wm. Mulherin’s Sons. The wildly popular Italian beaut led by chef-partner Chris Painter anchors the company’s Fishtown hotel. The group has plans to bring a second, separate restaurant concept to the Rittenhouse location this spring. In the high-end AKA Rittenhouse Square, a.kitchen and a.bar got a second (and successful) wind when Ellen Yin and Eli Kulp were called in to revamp them. And when out-of-town hotelier Paul McGowan opened his boutique hotel, the Study, near Drexel earlier this year, he put local talent Craig Russell in charge of CO/OP, its restaurant. “It’d be very bold of us to pull a chef from another city and tell him to make a statement in Philly when you’re completely ignorant as to how things work here,” McGowan says.

A few high-profile hotel projects are set to open in the next few years, including a new sky-high Four Seasons and an SLS Hotel on South Broad Street. No food-and-beverage plans for those have been announced yet. However, we do know AKA’s swanky new University City outpost is bringing in a Michelin-starred team out of New York. So, will they get it? Get us? Because this isn’t just about us wanting more cool eateries to indulge in. We’d also like our out-of-towners to stay in places where the restaurants are at the very least suggestive of how great our food scene can be.

Published as “The Extended Stay” in the May 2017 issue of Philadelphia magazine.