Now You Can Go to Beer College in Philly

The crews from Yards, Saint Benjamin and the USciences brewing program are getting together to chat and drink with you at Clarkville. 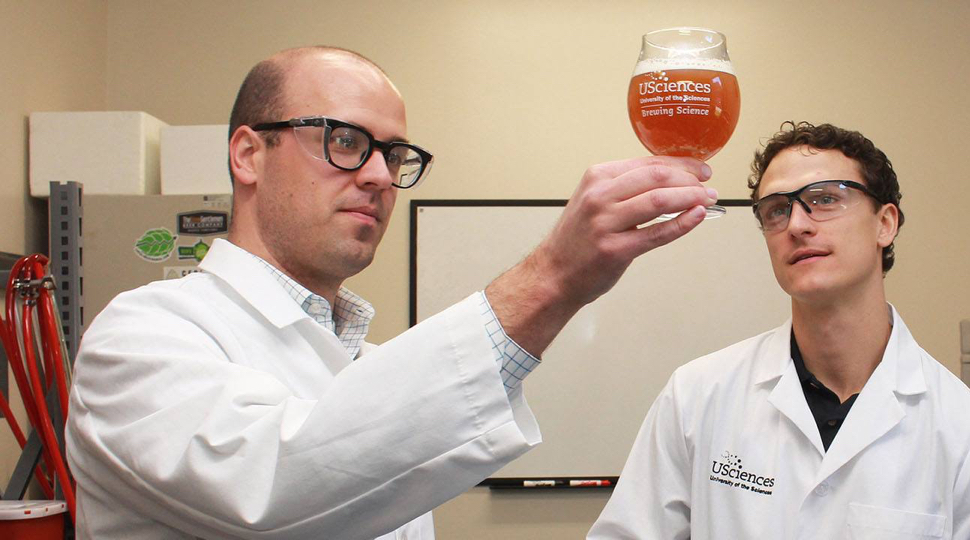 Until recently, getting into the beer business in college meant being the guy with the best fake ID or an understanding cousin who worked at the local liquor store.
Until recently, opening your own brewery was one of those dreams — up there with finally writing that novel or knocking over a Vegas casino with your poker buddies — that everyone had, but (almost) no one ever moved on. It was the thing you daydreamed about on a Tuesday afternoon in your cubicle when the boss wasn’t looking. Your imaginary way out.

But today, with a new craft brewery opening every fifteen minutes and ten billion new bottles hitting the shelves every time you turn around, becoming a brewer is an actual career path. Making beer has moved from something you do in your garage on the weekends to something you can go to school for. The University of the Sciences offers the region’s only formal path to professional education with their certificate program in Brewing Science. And guess what? They’re going to be at Clarkville on Monday, April 24th (along with representatives from Yards and Saint Benjamin Brewing) to show off some collaboration beers from their Brew Lab and talk about their program.

First thing’s first, I was curious about the program at USciences, so I looked into it. Their Brewing Science Certificate is a “post-baccalaureate, 18-credit program [that] dives deep into the biology, chemistry, physics, and math of creating the perfect pint of beer.” At least according to the official description. But what does that entail, exactly?

Science, natch. Classes in microbiology and engineering, lab work, an internship. All the usual college-y stuff. There are 7 classes (including the internship) that cover everything from the “Fundamentals of Brewing Science” to “Current Topics in Zymurgy” and “Microbiology of Beer.” It’s structured to run between 16 months and two years, and being a professional development kind of program (or, you know, one of those things you do after getting laid off from your gig as a coal miner or EPA administrator when driving for Uber just doesn’t fulfill you), the classes are offered in the evening, too.

Still, the coolest thing here? The school has its own brew lab. So rather than just puttering around in the basement with your home-brew supplies, you can work in a space that gives you access to professional-quality fermenters, bright tanks and two half-barrel systems. Plus, if you’re already totally geeked up on this stuff and want to play with digital densiometers, aerobic and anaerobic culture chambers, Turbomatric headspace samplers or a “Varian 3900 GC with flame ionization detector,” they’ve got all that. I don’t even know what a flame ionization detector is, but I kinda want one. Because how else will I know if my flames are ionizing?

And okay, the program ain’t cheap. According to the USciences website, the program will run you $1,182 per credit. But if you’re serious about this stuff and want to get a leg up on all the other brew nerds out there? This might be your path.

Anyway, if you’re interested (or even if you just want to ask what a flame ionization detector actually does and why, exactly, the beer would be on fire in the first place), you should really make plans to be at Clarkville on April 24th. Things kick off at 5pm, and Clarkville will be tapping the first keg of Bitter Landlord, an English bitter brewed in collaboration with Yards Brewing and the students at USciences.

They’re also going to be tapping a second and third keg — Kite Club is a Belgian IPA made in collaboration between the USciences brewing program and Saint Benjamin Brewing, and Brewbiks Cube, a Belgian Tripel made by Yards for the Philadelphia Science Festival which, also, happens to be happening this month, between April 21st and April 29th.

So yeah, science and beer and beer and science — four of my favorite things in the world. Put it on your calendars, nerds. And let’s go drink some science.