It's a second location for Jezabel Careaga, but will be very different than Jezabel's Cafe 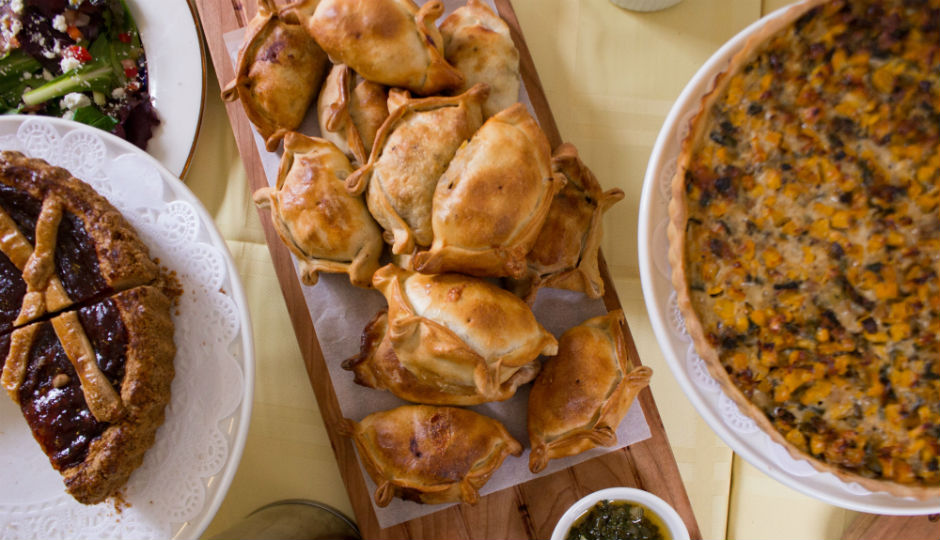 Jezabel Careaga, owner of the Argentine restaurant Jezabel’s Cafe at 26th and Pine, has just picked up a second space in West Philly. Specifically, a tiny, 400 square foot space at 208 South 45th Street.

And this new place? It’s not going to be like the original Jezabel’s. While there is a kitchen, the space is too small to be run like a traditional restaurant. So instead, Careaga is going to turn it into something…else. Into a place for tea and cookies, crafts and demonstrations. She’s calling it Jezabel’s Studio and has plans to open it sometime in the next couple months.

Here’s what we know…

There will be some seating–an area for guests to sit and drink tea (including a special mate that Careaga created just for the shop) while snacking on Argentine shortbread cookies called alfajores, which are filled with dulce de leche and rolled in shaved coconut. She’ll also be selling bags of La Colombe coffee beans and preparing a few empanadas for those of you out there who aren’t tiny fairy tale grandmas and can’t live solely on tea and cookies.

Because she’s got the kitchen at the Studio, Careaga is planning on doing some cooking demonstrations. Plus a monthly pop-up Bar de Pinchos (like she does at Jezabel’s Cafe) where guests will be encouraged to stop by with a BYO bottle of wine for a menu of small plates and snacks prepared by Careaga.

And as if this wasn’t enough, she’s also going to be using the Studio space to showcase “a variety of home accessories, such as kitchen towels, aprons, all handmade in Argentina, as well as variety of items that Careaga crafted at Philadelphia’s NextFab,” the fabrication studio. Careaga has apparently been hanging out there, using the equipment to make everything from cutting boards to custom end tables.

There will be more details the closer Careaga gets to opening day. But for right now, if you’re in West Philly and like tea, cookies, snacks and end tables, you’re in luck. Jezabel’s Studio is scheduled to open this spring.