Tredici Bryn Mawr is Getting Close to an Opening Date

The Main Line is about to get a version of one of the best restaurants in Midtown Village. 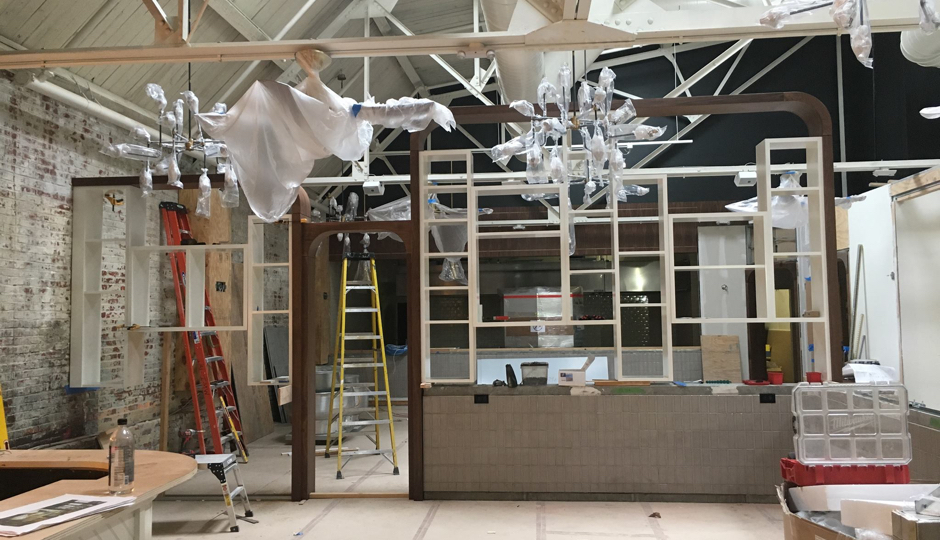 That above picture is what the dining room at the new Enoteca Tredici in Bryn Mawr looks like right now — not finished, obviously, but a lot closer to finished than it has been. And no, we don’t have the name written backwards. According to a recent Facebook post by owner Greg Dodge, they had to switch up the name a little in order to keep it from getting confused with a different local business — Wayne’s Tredici Italian Market.

In that same post, he also gave us the news we’ve been waiting to hear: That the 5,000 square foot Tredici at Bryn Mawr Village (915 West Lancaster Avenue, in the same complex where the Main Line’s first La Colombe opened last year) is nearing completion and that they’re planning on an April opening.

So here’s the full post from Dodge with all the details: 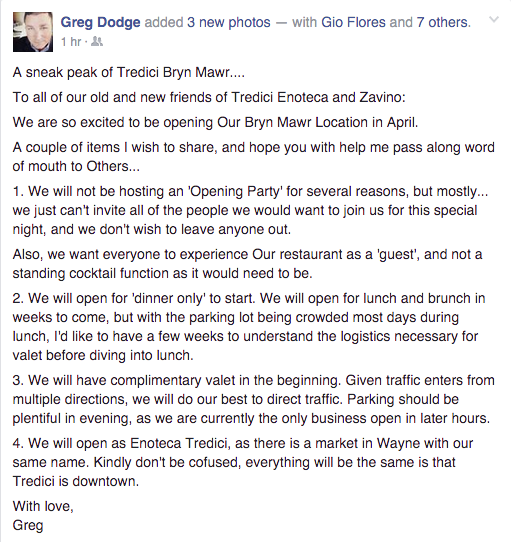 Beyond that, we also know that the new Tredici, while focusing primarily on dinner to start, will be drawing from both the menus at Tredici in Midtown Village and Zavino across the street. The original plan for this space was actually going to be a second Zavino, but after things took off with Tredici, Dodge changed his plans.

The final design will include a full bar and seating for around 80 (not counting private dining spaces), plus valet and a parking lot.