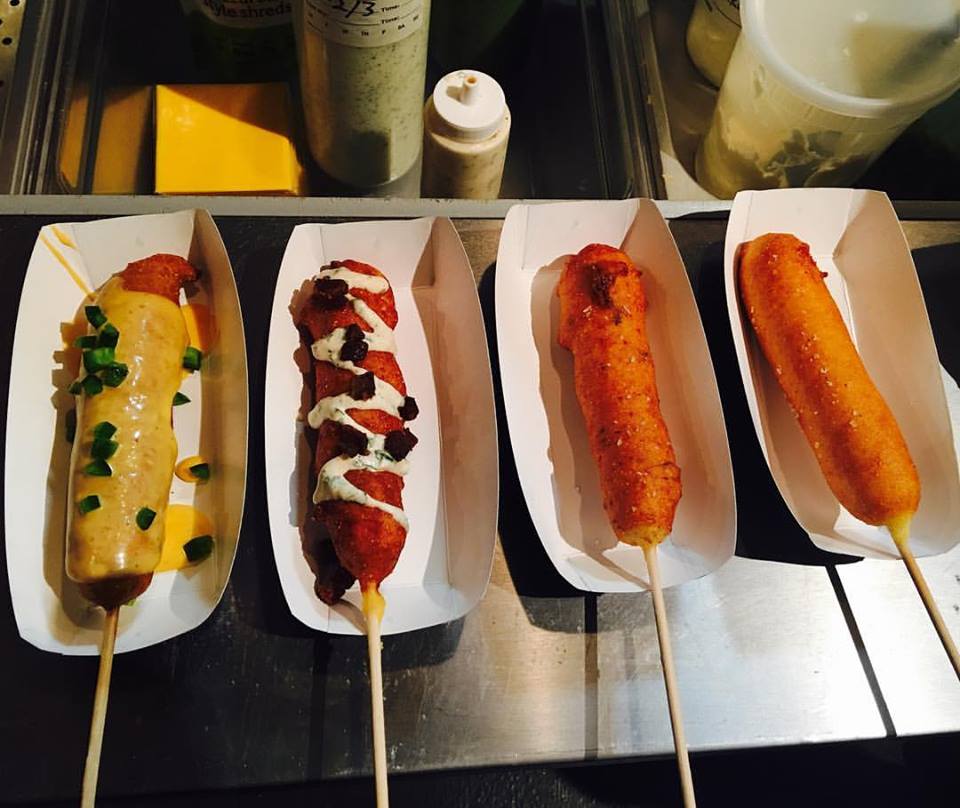 A couple months ago, we told you about the upcoming opening of Fox & Son Fancy Corndogs at the Reading Terminal Market. We didn’t have a lot of details then, but we did have the one fact that truly mattered: That there was a fancy corndog / poutine / funnel cake operation coming to the Market, which was, seriously, some of the best news of the winter.

So tell me, what’s the one bit of news that could be better?

Originally, the new shop from market veterans Rebecca Foxman and Ezekial Ferguson (along with third partner, Kevin Kwan, who is based in Atlanta) was scheduled to open in January. Then it got pushed back to spring. But after a flurry of social media activity, Fox & Son quietly opened last weekend with a limited menu and has been ramping up ever since.

Actually, keeping an eye on their social media is the best way to get an idea of how things are coming together and what they’re serving at any given time. Here’s just a sample:

To this corndog 4-way, pictured above.

In order, left to right, that would be a cheddar-jalapeno dog, a chorizo dog with crispy chorizo, cilantro-lime sour cream and sweet potato batter, a corned beef hash dog (which might just be the four happiest words I have ever written), and a classic corndog, presented plainly and in all its simple glory.

In addition to all this, they’ve got poutine made with hand-cut fries and presented in various versions (including vegetarian), cheese curds, homemade chili and loaded baked potatoes. All of it is gluten-free. All of it is available right now (well, at 10:30 when they open for the day). And really, I’m not sure why you’re not all running over there right now.

I’ll race you there.