And there's not a giant turkey leg in sight. 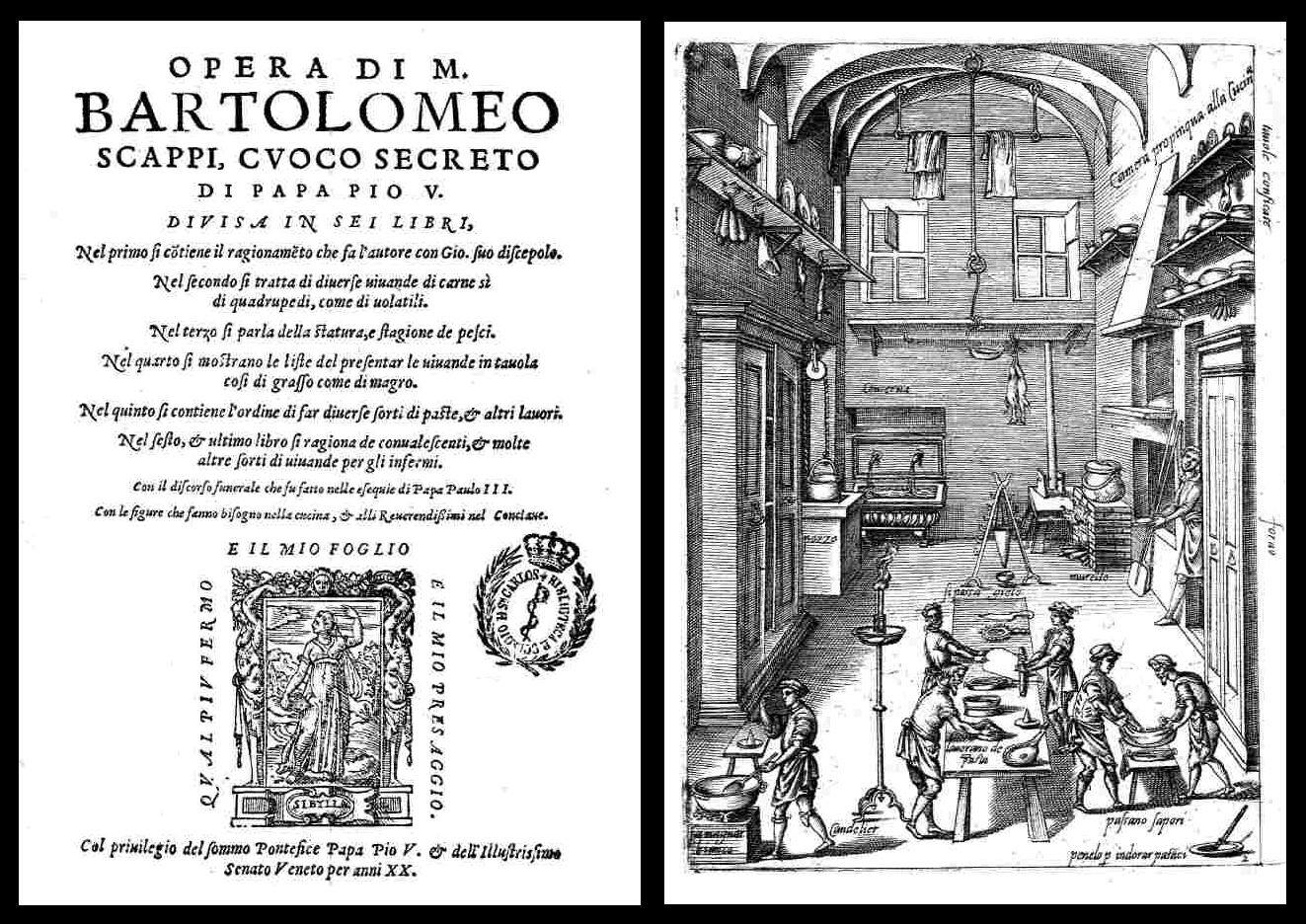 So here’s something you don’t get to eat every day: Stewed gourds.

Or rosewater ravioli. Or dessert made of mozzarella cheese.

But that’s exactly what you’re going to get if you show up to Le Virtu on February 23 for their (somewhat clumsily, but accurately, named) Pre-Columbian Medieval And Renaissance Dinner.

See, owner Francis Cratil is a man who loves history. The kind of guy who, with a little bit of time to kill, goes flipping through ancient cookbooks like Apicius (from the 4th or 5th century, full of marvelous and ridiculous rich-people foods from an Italy before the coming of the tomato) or Bartolomeo Scappi’s Opera dell’Arte del Cucinare (from the 16th century) looking for interesting historical tidbits like how Jewish communities in Italy were fattening goose livers for a kind of foie gras, or the first actual picture of a fork–which is found in Scappi’s book.

But he’s also a guy who owns a couple of excellent Italian restaurants, and a curious sort besides. So here’s how his thought process went…

“Some of the recipes contained in these works would strike us as unappealing. Romans would (and still will) eat anything (dormice, for example). But some of the preparations are intriguing. They sound like they might just be delicious. Some ingredients remind us of things we now find in other cultures. Garum, for example, a condiment made out of fermented fish, was one of ancient Rome’s most sought-after commodities and luxury ingredients. Remnants of the sauce were found in amphorae found in Pompeii. What is it like? Well, it’s not unlike the fish sauce found in Vietnamese and Thai cuisine. But not exactly.

Want to know precisely what it tastes like? Interested in taking a journey back in time to discover the flavors of Italy in the medieval and Renaissance periods? So were we.”

Which is why, along with his exec chef Joe Cicala and pastry chef Angela Ranalli-Cicala, he decided to put together a dinner that takes recipes and inspiration from both the Apicius and the Scappi and brings them here, to East Passyunk Avenue and 2017. Who even knows the last time some of these things were cooked? But Joe and Angela are going to give it a try, and they’re making available a limited number of seats on Thursday, February 23 for a 6:30pm dinner. There will be four courses, plus paired wines. Tickets will run you $75 a head. And just in case you’re a little freaked out thinking that you might have to eat dormice (which look like this, are super-cute, possibly delicious, and are not actually mice, but more closely related to beavers or squirrels), have no fear. We’ve got the menu right here.