Last night Luke Palladino met his East Passyunk neighbors, showed off some renderings and got to cook some food as well.

Palladino’s, is chef Palladino’s first Philadelphia restaurant, he has five along the Jersey Shore. The restaurant will replace the long vacant Collombo’s at 1934 E Passyunk Avenue. The informational meeting was held at Noord and Passyunk Avenue Revitalization Corporation head Sam Sherman led the program and introduced Palladino, Tony Bracali from Friday Architects and Planners and interior designer Scott Eccard.

Notes from the meeting:

Palladino’s is aiming for a late November, early December opening. 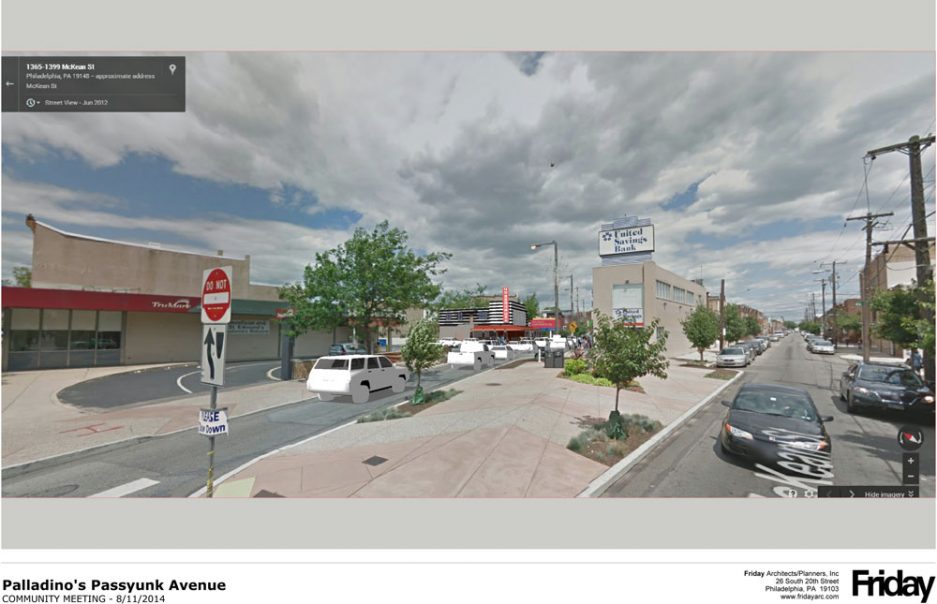 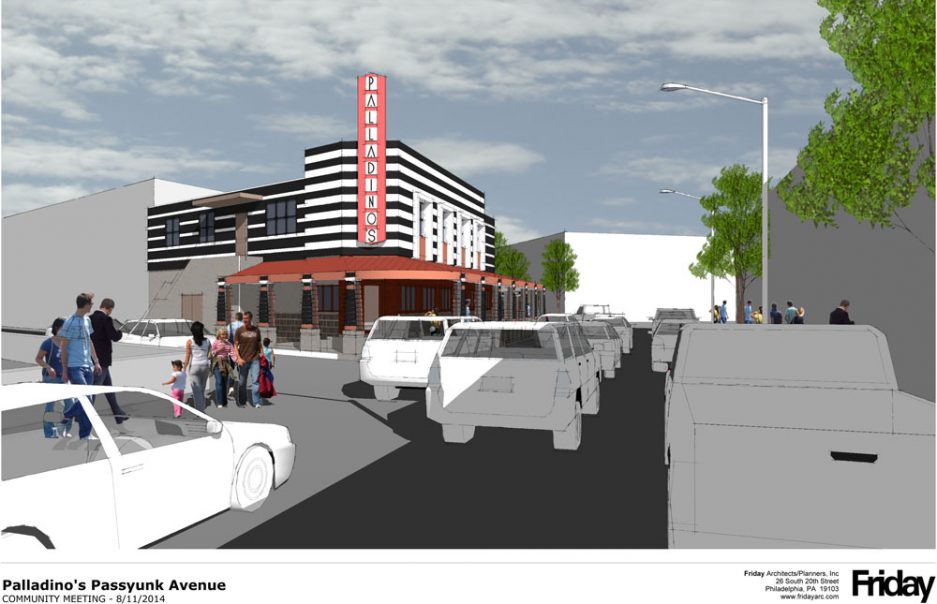 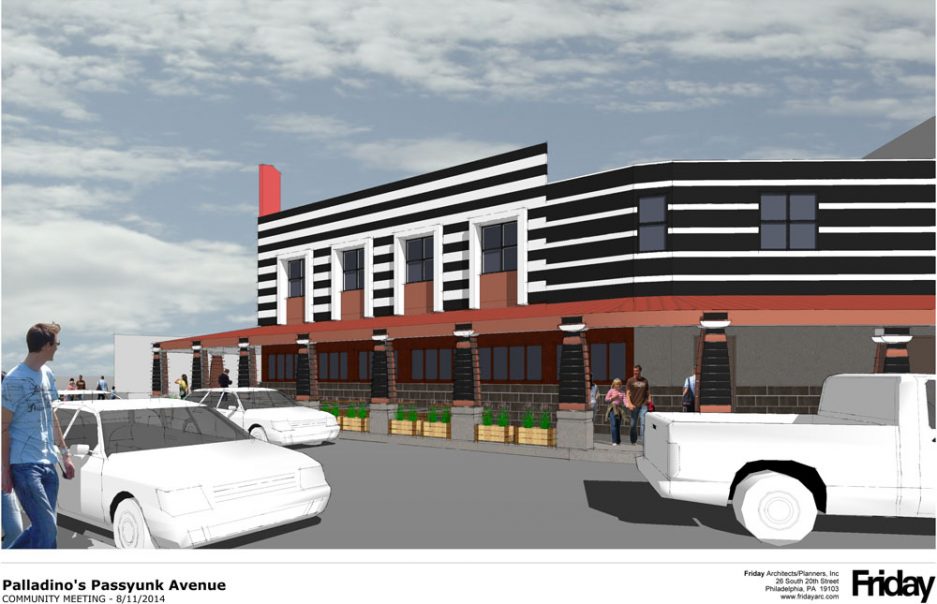 Palladino's from the side.