Casey Parker and his daughter hanging under awning at the costumed Jose Pistola’s.

Jose Pistola’s co-owner Casey Parker loves Monk’s Cafe and its proprietors Tom Peters and Fergus Carey. So much so he’s offering half-off beers for anyone who comes in dressed as either today. But that wasn’t his only Halloween plan for the day. He’s put a Monk’s Cafe costume on his 15th Street’s bar’s facade, complete with awning, mock neon and beer bottles. 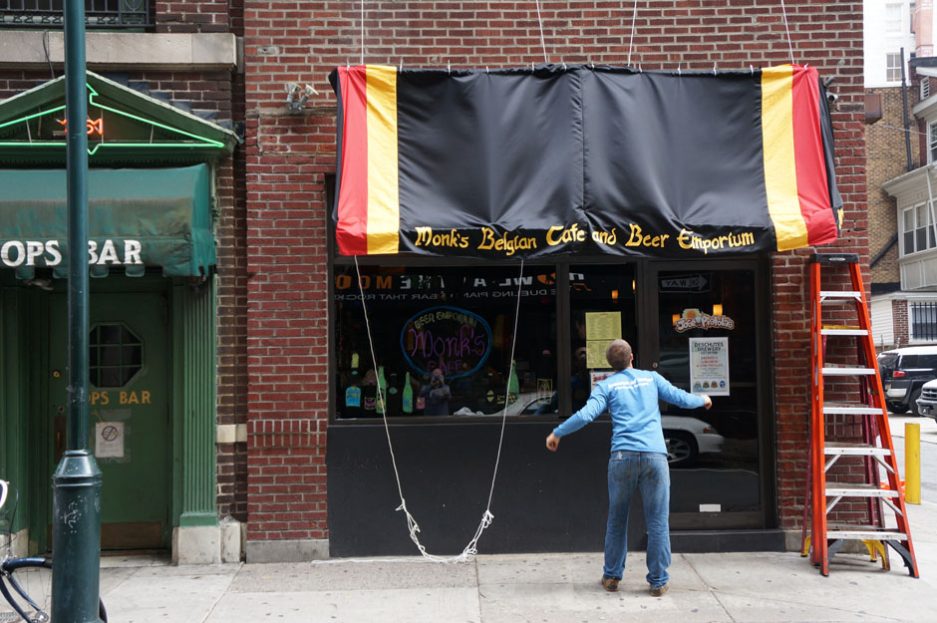 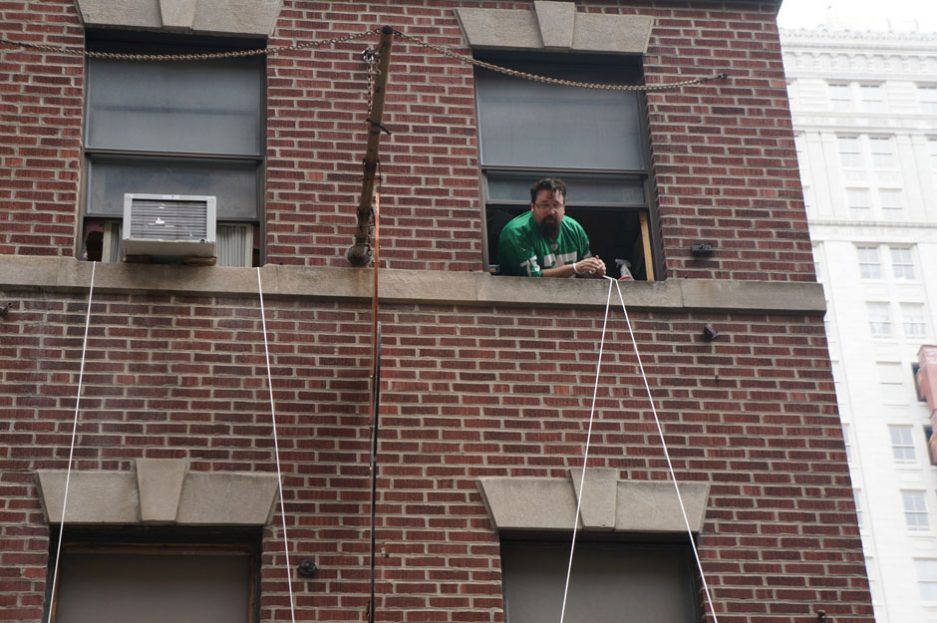 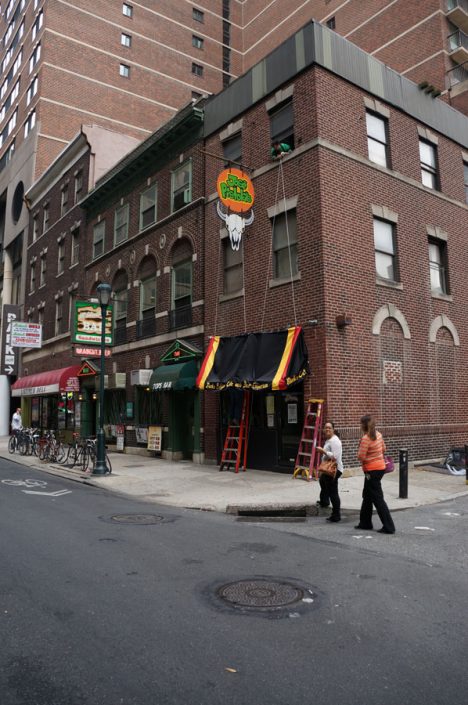 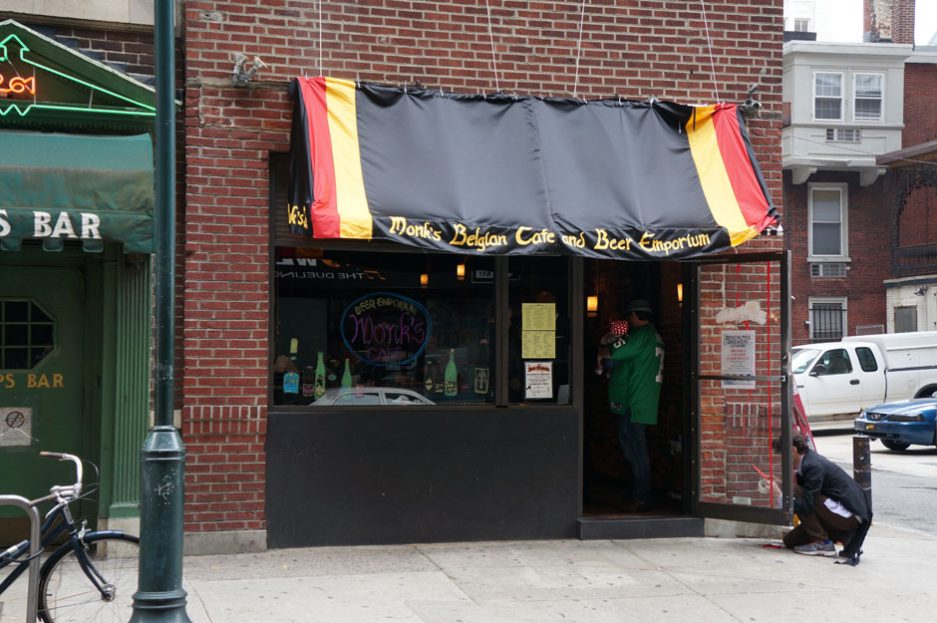 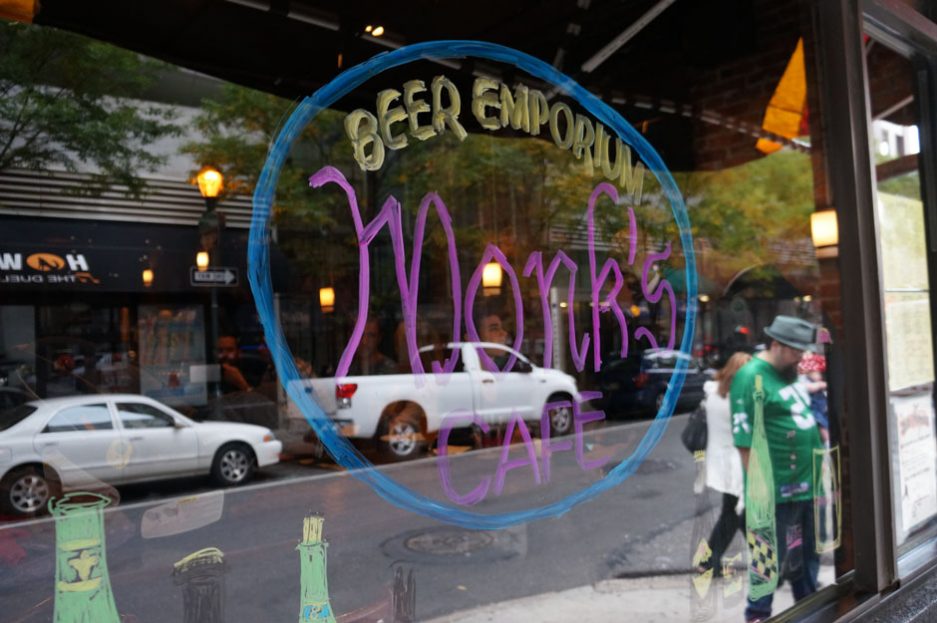 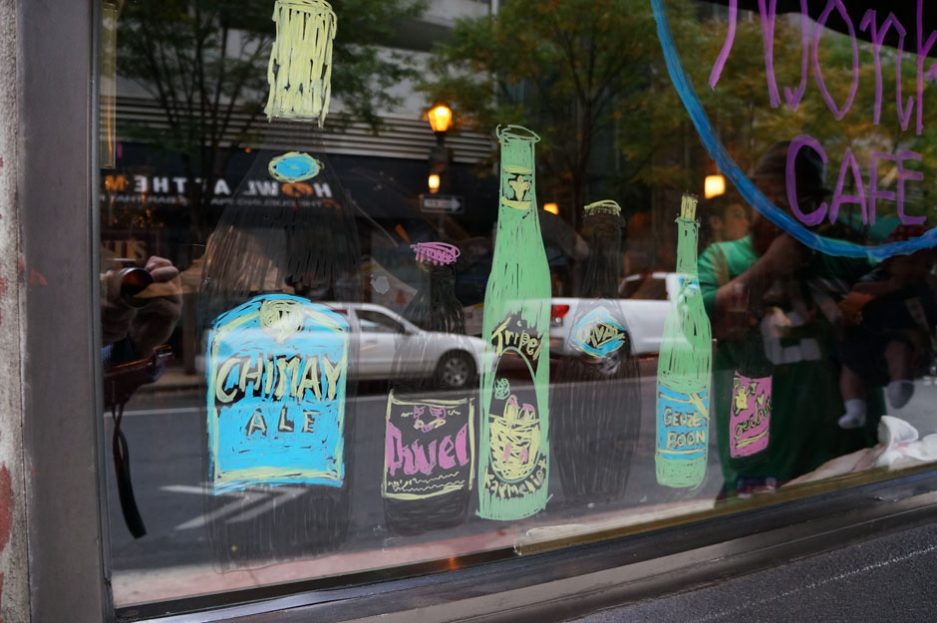 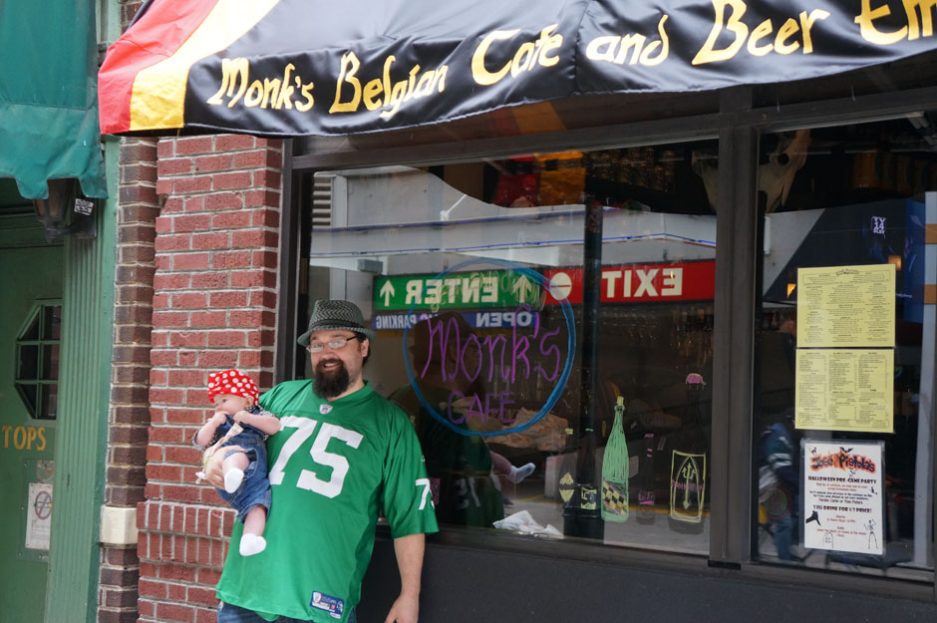 Casey with his 5-month old daughter "Dee." Dee's dressed as Rosey the Riveter.

The costume has been so successful that loyalist of both bars have been a bit confused about what’s going on.

UPDATE: Sometimes a joke goes too well. The confusion has led to Casey removing the awning this afternoon.