An Infographic Based Guide to Philadelphia Coffee Roasters 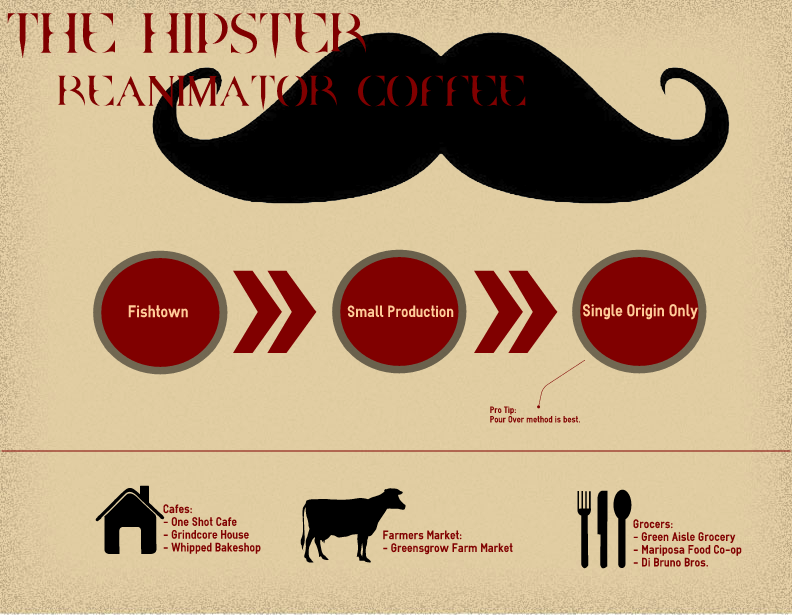 Small. So small, you probably haven’t even heard of it. They specialize in single-origin, fair trade coffee, and they’re only pumping out about 700 lbs of it a week, which makes them very befitting of their “micro-roaster” label. Their production is small, but they’re extracting big and beautiful flavor profiles from their coffee beans, from their rich but brightly tanged Honduran coffee to their easy and fruity Burundi coffee. The dedicated and obsessed minds of Mark Corpus and Mark Capriotti have big dreams, and with a new location comes more production, and if their success continues, well, there are whispers of a little brick and mortar action. 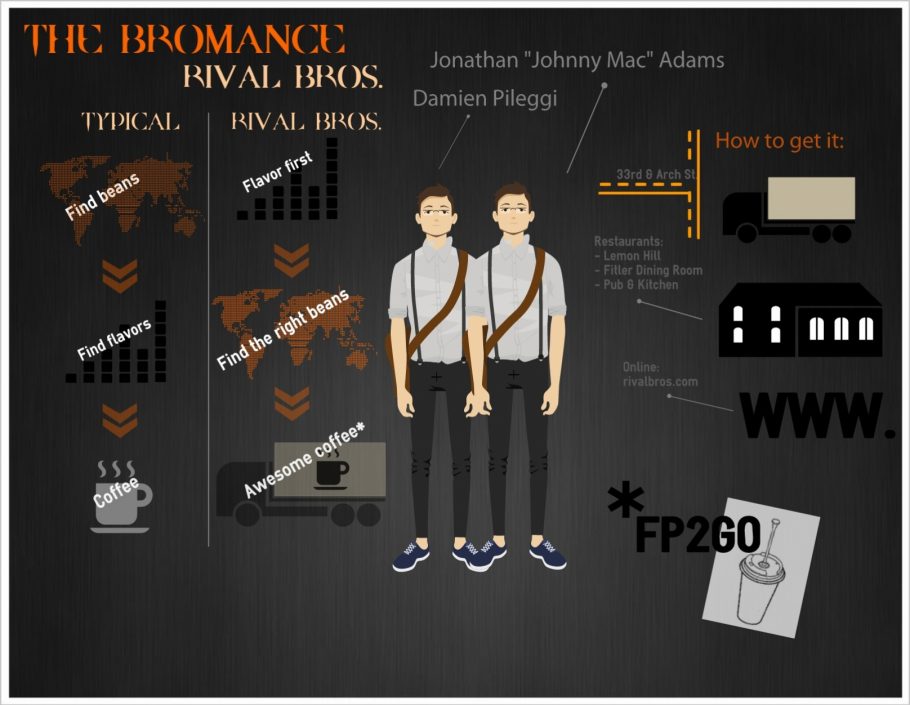 Rival Bros Coffee was born and bred in Philadelphia, much like the partners that created it. Friends since childhood, the two grew up entangled in a shared group of friends, Philly’s restaurant scene, and the budding coffee scene. As Jonathan “Johnny Mac” Adams ran some gastropub kitchens in Philly (The Diving Horse, Pub & Kitchen), his best friend Damien Pileggi mastered the craft of coffee, and after a few years, they bought the legendary delivery truck from which they now pull their espressos, pour their pour-over, and drip their brew. 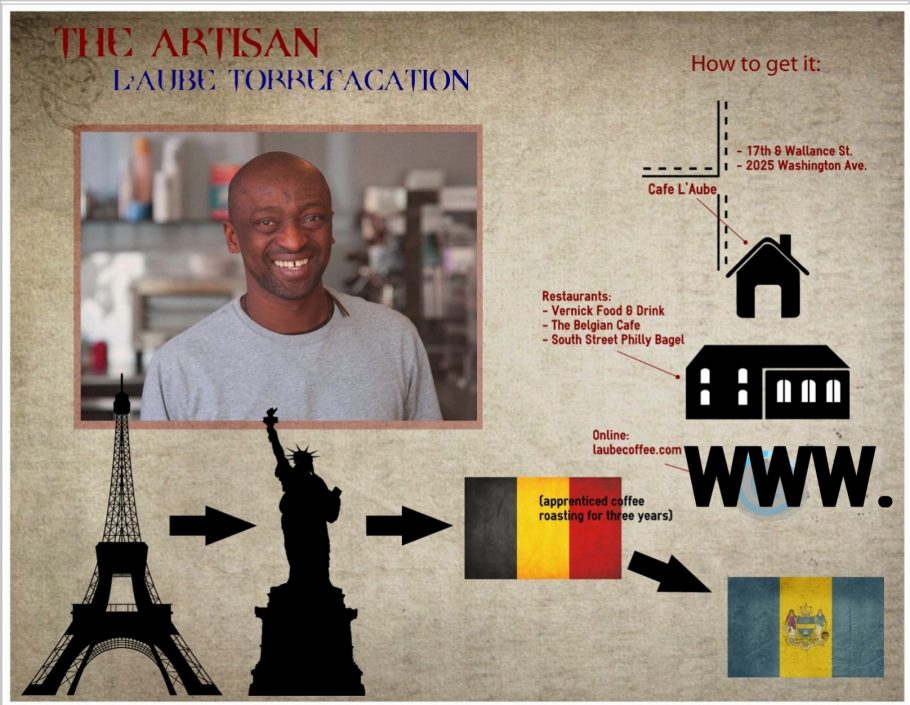 To Jean-Luc Fanny and Jefferson Green, the coffee bean doesn’t speak for itself, nor does the roast. To them, it’s about the creator, the visionary, the duet of mind and body behind every bean, for each bean tastes a different color, and each region possesses a different shade.

When Jean-Luc Fanny arrived in the U.S. from France, he decided to open a French café—Café L’Aube, and in doing so, realized he wanted a little more out of his coffee. He knew the only way to do that was to roast his own, so he left for Belgium where he’d apprentice under a family that has been roasting coffee since the 1800s, and he learned of the small nuances and complexities he could create in his coffee by gauging the pressure and heat of the roaster. With his newly acquired philosophical ideals of coffee, he returned to Café L’Aube, and with the helping palette of Jefferson Green, with the same machine he used in Belgium (Probat Burns), he creates beautiful blends in a way that only he can do. After all, he’s a master of his craft and a perfectionist in his product—an artisan through and through. 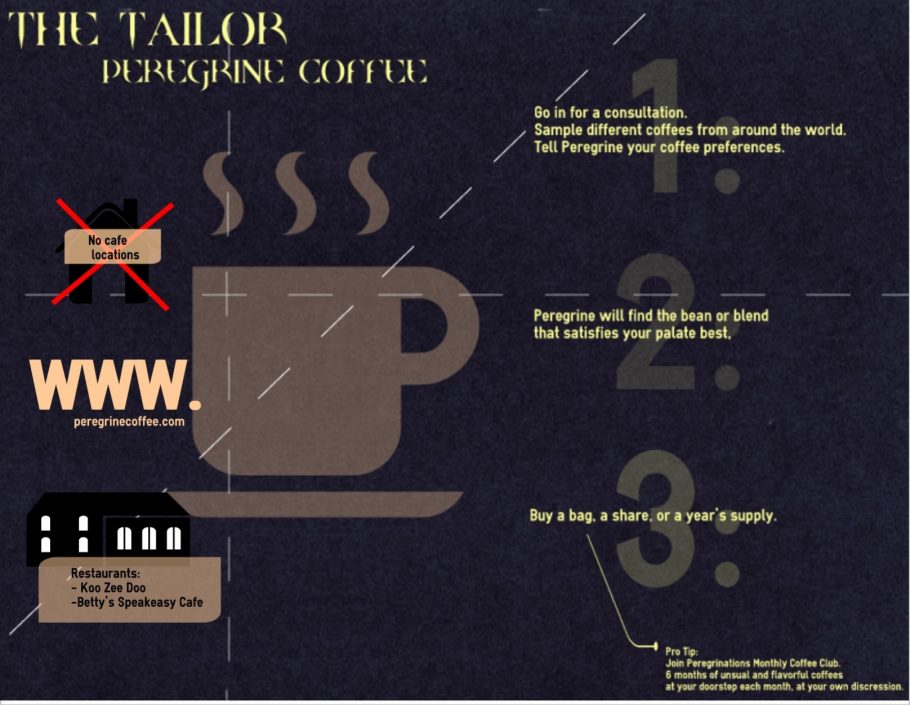 Bespoke is the name of the game for Peregrine. Yes, they offer single origin, single estate, and blends, but where they really excel is in their ability to make a product specifically for you. Schedule an appointment, go in, try their vast array of different coffee, and have them bag it up for you right from their location. It’s all tailored to your palate, to your needs, to your likes and dislikes, so you can enjoy your coffee the way you want it. 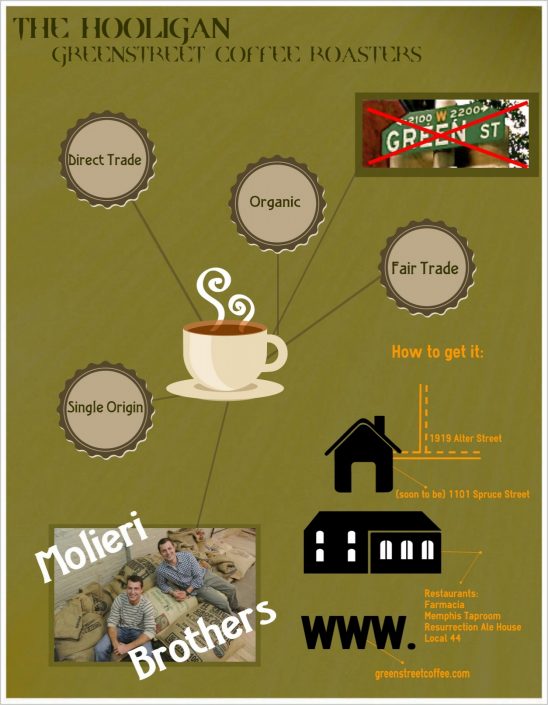 Back in 1950s Philadelphia, there was a street gang, and they called themselves the Green Street Counts. They were a menacing, tyrannizing group of individuals, and they made quite the name for themselves in this city. Some say they were inspiration for the street gangs that tore this city apart in the 60s and 70s.

So what does this have to do with coffee? Well, nothing, besides maybe GreenStreet being an inspiration to other local roasters. Besides that, all they want is great coffee, and they want it in all the right ways, so the roasters not-on-Green-Street are making an effort to revitalize the GreenStreet name, but this time, with a different association. 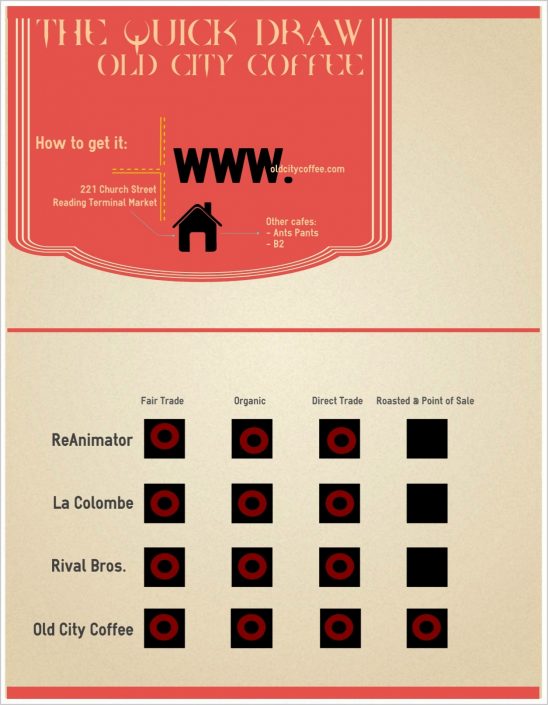 They have a certain sensibility about them. They’re a small coffee production, with two small locations: one on Church Street and one in Reading Terminal Market. Like the rest of them, they’re fair trade, organic, kosher, bird-friendly, rainforest friendly, but the thing that sets them apart is the fact that they roast in tiny batches at the point of sale. That means pure, unadulterated freshness. You’ll never get those weird bites or imbalanced flavor profiles you find in week-old coffee. Try their different blends, single origins, and weekly specials, and find something you like, because they’ll be roasting it in front of you, just for you. 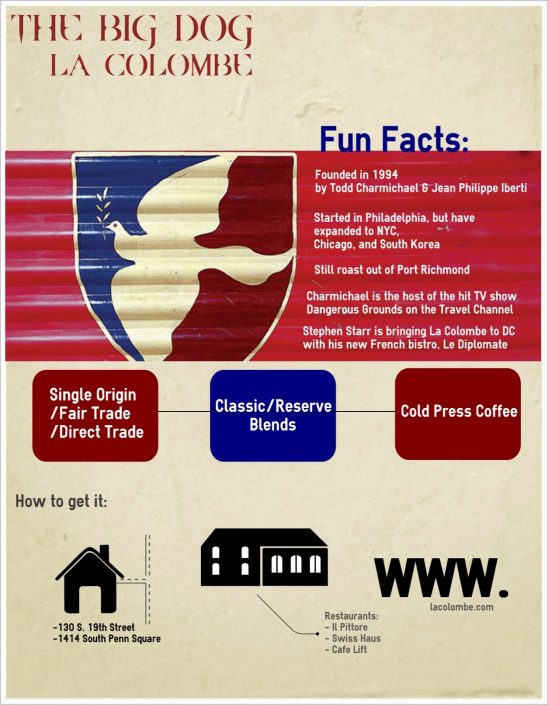 We all know La Colombe. They’ve been around the longest, they’ve had the most influence, and they’ve expanded the most, but they originated here in Philly. And although they’ve stretched themselves across the world, we still have our little La Colombe cafes, and they’re still just as delicious as they were 15 years ago. They’re the alpha dog, the Big Kahuna, and the Head-Hancho, meritorious in their own regard. 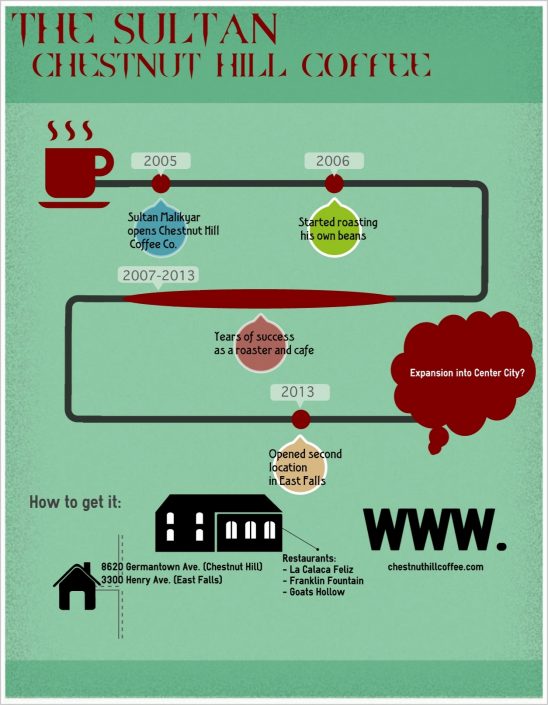 In the quaint neighborhood of Chestnut Hill, a man by the name of Sultan Malikyar decided to open up a European/Seattle inspired espresso bar. From that came legendary pulled espressos and beautiful latte art. A year later, he decided to start roasting, and he hasn’t stopped since. Now, with two locations, he’s busier than ever, keeping high-end standards to his high-end coffee, bringing the coffee culture to neighborhoods that lack them. 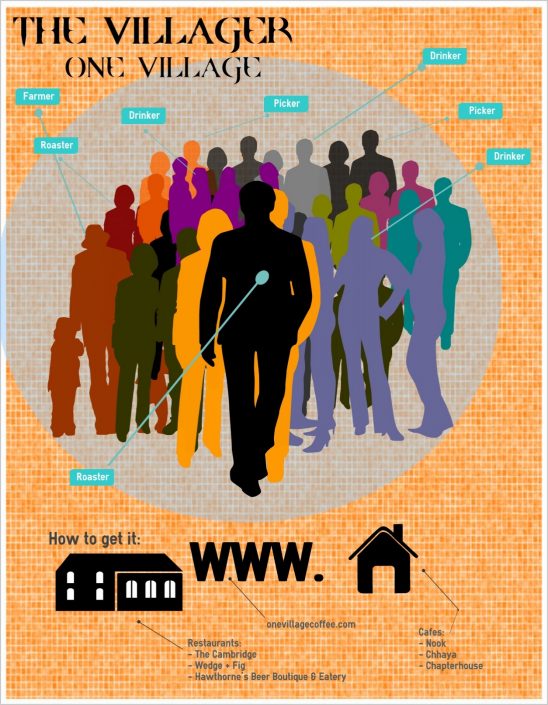 One Village coffee seems to have encapsulated the company’s philosophy around the idea that coffee comes from a great community. Whether it’s a community of thinkers, a community of coffee aficionados, a community of roasters, or a community of farmers, coffee’s sole purpose is to bring people together. Yes, it’s a very romanticized ideal, but it’s something they strive for as a company, and it creates a great culture for a Philly-based roaster to build a business foundation upon. With everything from espresso, to a multitude of blends, to an array of single origins—all fairtrade, organic, Rainforest Alliance certified, One Village is doing things the right way from their beans to their philosophy.