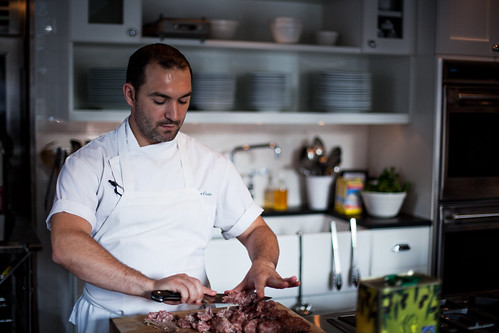 It hasn’t been exactly a secret that Joe Cicala, Francis Cratil Cretarola and Catherine Lee of Le Virtu have been planning an enoteca concept. And now the team’s ideas have been formulated enough to share. The concept will be an enoteca featuring Southern Italian wines by the glass and local craft beers. The food will focus on small plates representative of Campania, the region of Italy that includes Salerno and Napoli, areas the Cicala is familiar with from before working at the Abruzzi-centric Le Virtu. Expect housemade antipasti, salume to go with your wine or beer. Cicala is in the region now and posting all sorts of delicious photos on his Twitter feed.

What hasn’t been settled on is a location. At least a couple of South Philadelphia locations have been eliminated as the search continues. Unlike Le Virtu, which took a year to get open, the team is looking for a more finished space that have plenty of foot traffic and neighborhood backing. Which seems like a slam dunk to us, but we’re not NIMBYs.