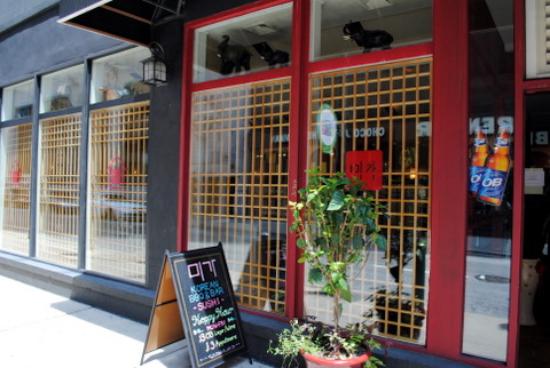 This photo of Miga is courtesy of TripAdvisor

The Korean restaurant Miga has closed on 15th Street, presumably to make way for the new four story building coming to 15th and Walnut. Signs on the door only announce its closing, no hint that the restaurant might reopen elsewhere.

Next door, Elixr Coffee is preparing to move next to the Chipotle on Walnut Street (the new Elixr will be on Sydenham Street side) but tonight they’re having a staff art reception at 7 p.m. called Elixr? I hardly know her.

The new building that will replace the existing two story structure stretching from Walnut to Chancellor will reportedly have Center City’s first Cheesecake Factory and an Uniqlo on the third and fourth floors.