Monday, January 23rd marks the Chinese New Year. It’ll be 4710, the Year of the Dragon and of course there are many ways to celebrate.

Susanna Foo – The Year of the Dragon celebrations begin with a special brunch on Sunday, January 22nd. And on Monday through February 19th the Radnor restaurant will be five-course Chinese banquet for $45. The banquet menu includes ginger lemongrass soup, lobster springrolls or vegetable spring rolls, red dragon maki or salad with poached Asian pear and finally the choice of Dragon and Phoenix (wok seared chicken and prawns), grilled beef tenderloin or butter poached lemon sole. 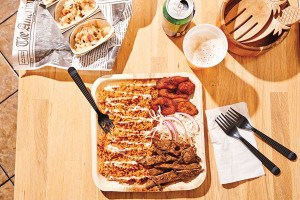