The Eagles’ trade of the veteran backup has started the clock on an under-the-radar QB controversy. 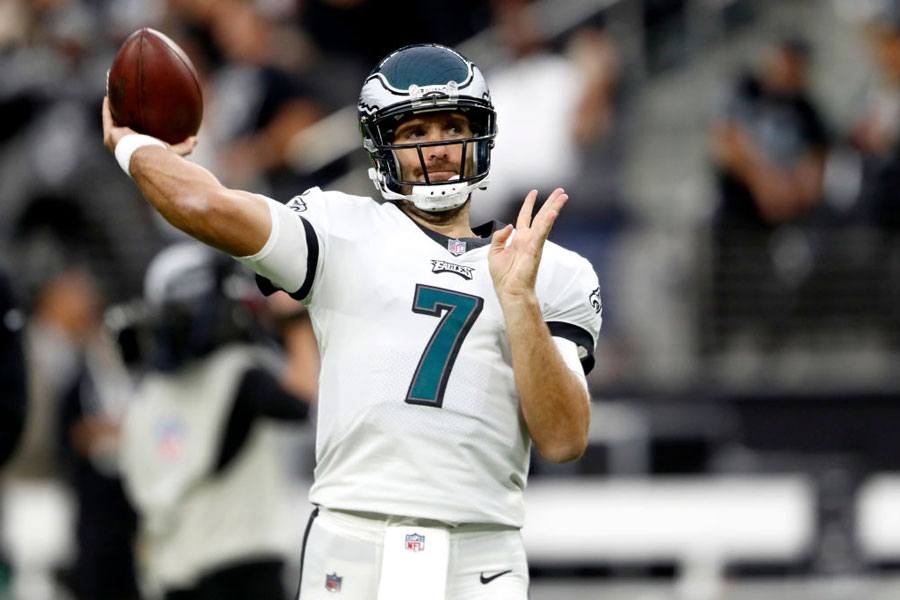 Joe Flacco passes during warmups before a game against the Las Vegas Raiders at Allegiant Stadium on October 24th. / Photograph by Steve Marcus / Contributor via Getty Images

Joe Flacco was brought to Philadelphia to serve a purpose as a veteran backup to an inexperienced starter.

At 36, however, there was also more to it when it comes to the South Jersey native’s return to the Deleware Valley. Flacco is far closer to the finish line than the starting gun when it comes to his career arc, a reality that essentially served as a backup lever for the idea of discipline in what is a transition year for the Eagles.

No matter how poorly Jalen Hurts performed this season, few were going to call for Flacco, not necessarily because the veteran couldn’t offer a better chance to win on a particular game day but because there is no future in the 14-year player.

When the Eagles acquired Gardner Minshew, a 25-year-old, three-year vet with 21 career starts under his belt in Jacksonville, the landscape changed a bit.

The Eagles kept that at bay for as long as they could, but when the New York Jets needed another QB after Zach Wilson’s knee injury, Philadelphia rightly shipped Flacco back up the Jersey Turnpike for a conditional sixth-round pick that could ultimately turn into a five with consistent playing time in four different games.

The butterfly effect to the deal, though, is Minshew going from a guy who doesn’t even dress to the game-day backup, just as the heat starts to ratchet up on a rookie head coach who’s managed to put together seven game plans without carving out an offensive identity.

The Eagles aren’t very good at any of that right now, and while change for the sake of change rarely accomplishes anything, if the season continues to go south, Sirianni might decide to break the Minshew glass in the case of an emergency that is a one-and-done coach.

In other words, if the offense continues to be perceived as a jumbled mess with no real DNA the coach might look to the more complete skill set in an effort to prove his system isn’t the problem.

Ultimately, just about everyone at the NovaCare Complex now realizes that the long-term answer at the game’s most important position isn’t in the building.

Sirianni wants to coach that unknown at some point, however, and to get there he’s got to prove his worth in football purgatory.

Style points don’t matter in the NFL right up until they do and Minshew can accumulate more of them for his coach.

That’s what complicates everything.