Frances the dachshund, found in a trash bag in the Lower Northeast, now has a wheelchair thanks to a charity for dogs. 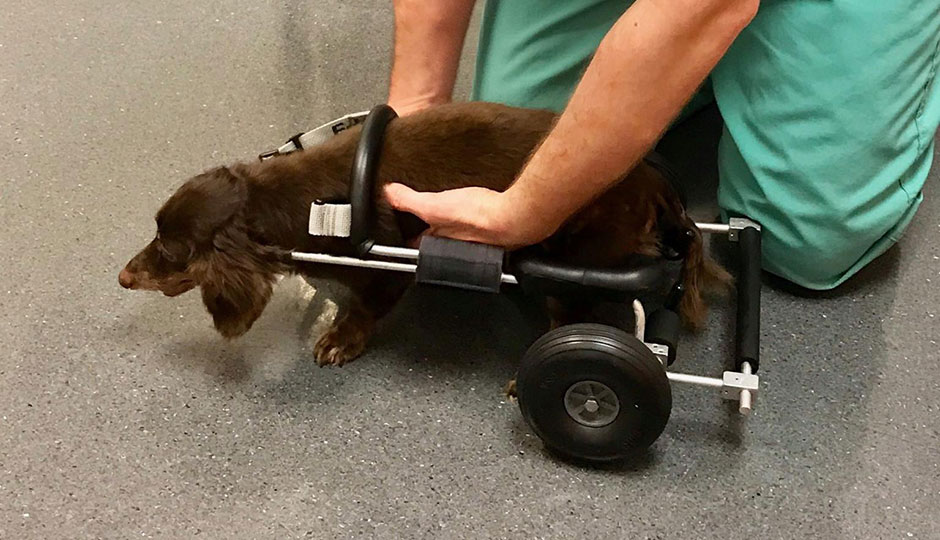 A dog found in the trash in the Summerdale section of Philadelphia recently got a new pair of wheels.

The Pennsylvania SPCA reports that Frances, the dachshund found in a trash bag last month, went to Penn Vet for a doggy wheelchair. When the puppy was found, she had a broken spine — necessitating a wheelchair for her to get around.

The Richard Lichter Charity for Dogs funded the pup’s procedure. “She can finally keep up with her doggie brothers!” the Pennsylvania SPCA said on Facebook.

“This is the second case in recent history involving a dog being dumped in a trash bag where luckily a Good Samaritan has intervened,” Nicole Wilson, the PSPCA’s director of humane law enforcement, told CBS 3 in a statement. “Dogs are not trash, and we urge anyone with information about this dog and the situation that led to its abandonment to come forward.”