Radnor Township approved a pedestrian bridge at Villanova, but there was controversy about the crosses that will be attached to it. 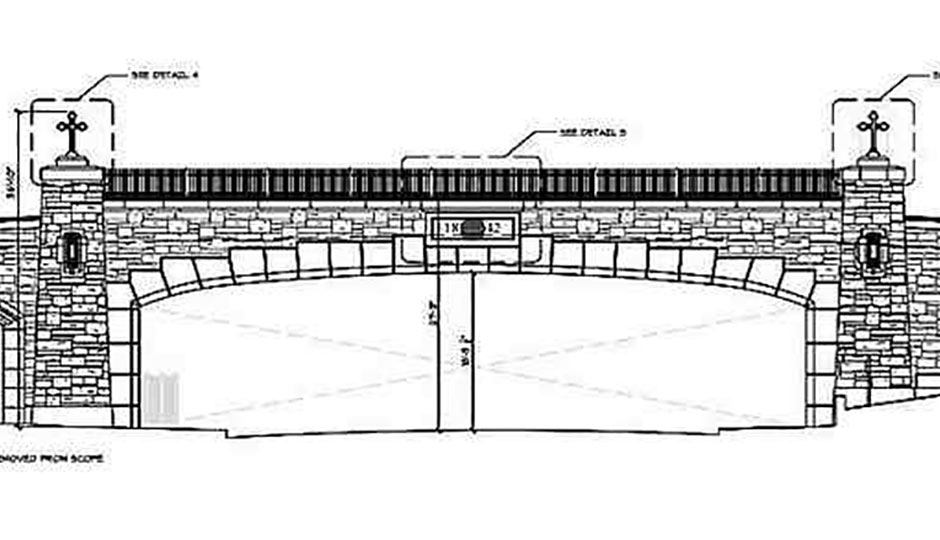 A design of the Lancaster Avenue pedestrian bridge submitted to the Radnor Township Design Review Board.

At first, it seems like there’s no reason for the bridge to be controversial. It’s part of a $285 million expansion project for the University, and will be built over Lancaster Avenue. It’s scheduled to finish in 2018.

But it’s what’s on the bridge that caused an uproar. Designs for the bridge submitted to the Radnor Township Design Review Board show two four-foot, seven-inch crosses on each side of the bridge.

The crosses would be on Villanova property, and so despite the project’s detractors Radnor officials said the township would have to approve the project. But some people are not happy. “I think they are overstepping their sense of ecumenism to shove these crosses in our faces,” Sara Piling told the Inquirer. “This bridge really disturbs me,” Susan Smith told the Delaware County Times. “The size of it and the safety of it concern me first. The crosses disturb me second. I don’t think if we had Beth Hillel University down the street in the next block that we would like to see the Star of David on that.”

There’s more! The Times also quoted Rick Leonardi, who called the crosses unconstitutional: “There is a reason drivers on I-476 are not subjected to Bible verses painted on the sound walls lining the roadway or that there is no crescent moon next to the griffin on the Blue Route, that the overpasses are not emblazoned with Stars of David.”

But it was the Inquirer who got the best quote, from League of Women Voters of Radnor Township president Roberta Winters: “While we recognize the importance of Villanova to our community and the notoriety it brings to Radnor, are there less ostentatious ways to reflect a Catholic institution?” (Um, not really. Have you seen Catholic churches?!)

Despite their complaints, the bridge has been approved and Lancaster Avenue will one day have two five-foot crosses towering over it.