Starting April 3rd, visitors to the Criminal Justice Center will be forced to lock their phones in pouches that prevent them from being used. 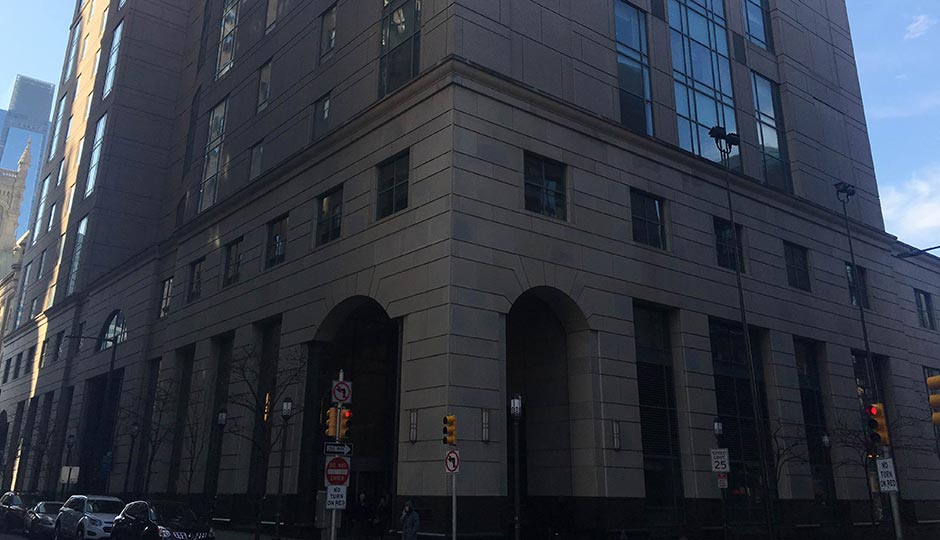 Visitors to the Juanita Kidd Stout Center for Criminal Justice will soon have to do more than just go through a metal detector — they’ll have to lock up their cell phones, too.

But it won’t be similar to the old system at the CJC, where you’d have to “check in” your cell phone with an employee. Instead, you’ll have to put your phone in a small pouch that will render it essentially inoperable. No texts. No internet. No phone calls.

The CJC is partnering with Yondr, a company that makes the pouches to create what it calls “phone-free events and spaces.” The devices have been used by people like Dave Chappelle, Guns n’ Roses, and Childish Gambino to prevent recording at their shows.

Hannibal Buress has also partnered with Yondr to prevent people from recording his shows, but we can’t understand why. (Sorry.)

“The proliferation of mobile devices throughout society has given rise to safety and security concerns in our courtrooms,” Jacqueline Allen, administrative judge of the Court of Common Pleas, said in a release. “In order to balance the public’s desire to keep their devices in-hand with the Court’s duty to ensure a safe courtroom environment without disruption, the FJD has teamed up with Yondr™ to address a 21st century problem with a 21st century solution.” (The ™ was in the statement, which means Judge Allen “said” it.)

“The new Yondr™ pouch provides a solution to issues that other jurisdictions around the country are facing as well,” Municipal Court President Judge Marsha Neifield said in a release, again with the ™. “The new pouch is a functional, simple solution that eliminates the need to collect and store phones of all those entering the courthouse.”

Many groups are exempt from having to put their phones in Yondr pouches, per a release: